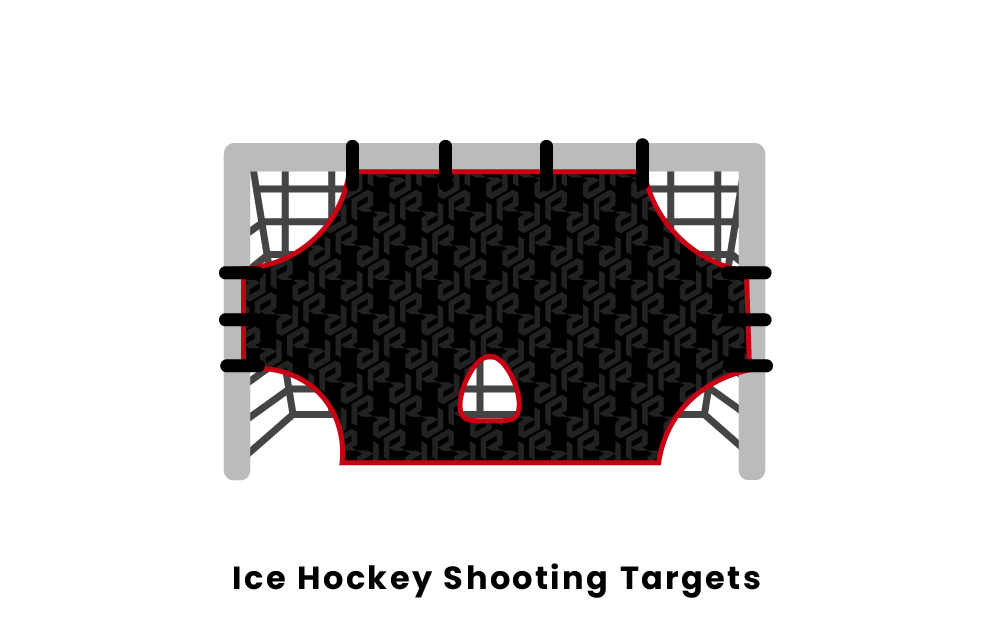 One of the best ways to enhance your hockey skills is to become a powerful, accurate shooter. Those two traits are difficult to combine, but with enough practice using the proper tools you can develop them both. So what are the proper tools? One excellent choice: shooting targets.

What are shooting targets used for in ice hockey?

Shooting targets connect to a hockey net and create a point of focus for the shooter to aim for. They come in a number of different styles, but they all ultimately accomplish the same goal of helping the shooter pinpoint a typically unguarded portion of the net. These targets allow for unlimited repetition and practice, so that players get to practice their aim before eventually adding more power to their shots. Eventually, players can shoot hard and accurate shots that give them a higher percentage to score.

Shooting targets can be used on nets both on and off the ice, so that you can practice your shooting accuracy during practices or at home. The primary points that shooting targets help players aim for are the top and bottom corners of the net, and the space between the goalie’s stick and pads while standing up. This is known as the “five hole”.

When looking for a shooting target, you'll want to consider the following: 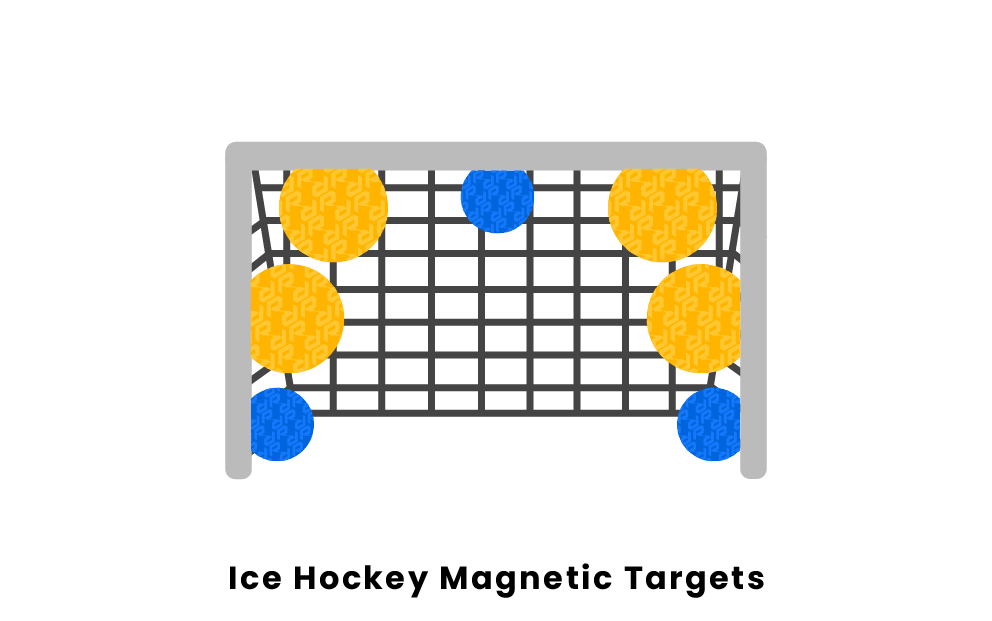 Magnetic shooting targets connect to the metal posts of the net and get knocked off when hit. These can be easily set up, but they also must be set up after they get hit once. They are easy to move around, so players can practice targeting different points of the net. They are also on the higher end of the price spectrum as they are only sold in multipacks. 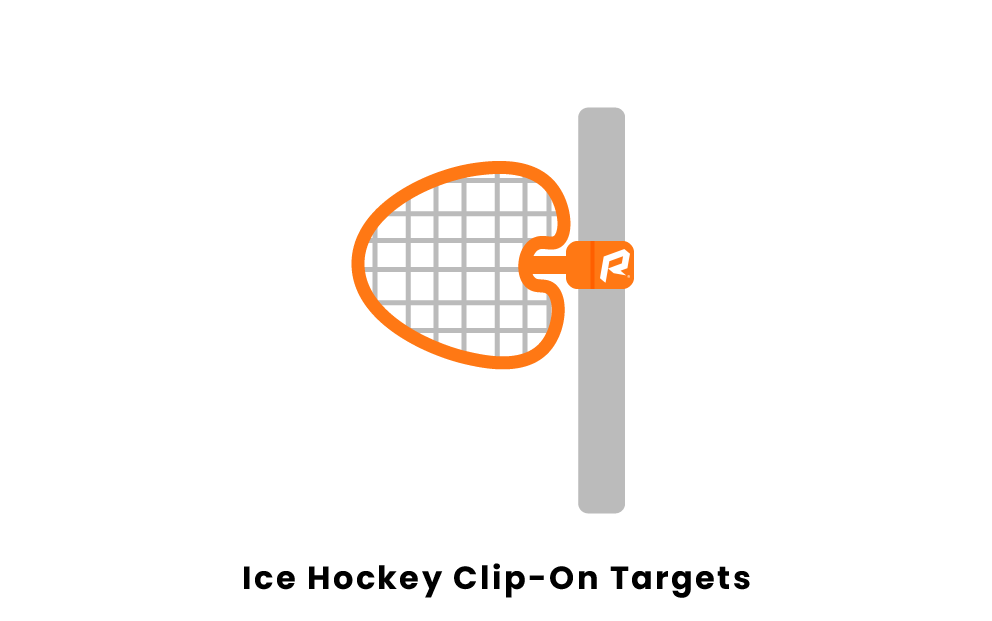 Clip-on targets are targets that can be clipped onto the posts of the net at any point, so the target is adjustable and durable. The biggest drawback of clip-on targets is that powerful enough shots can actually spin the target so it’s no longer facing forward and has to be readjusted. Clip-on targets tend to be sold individually. 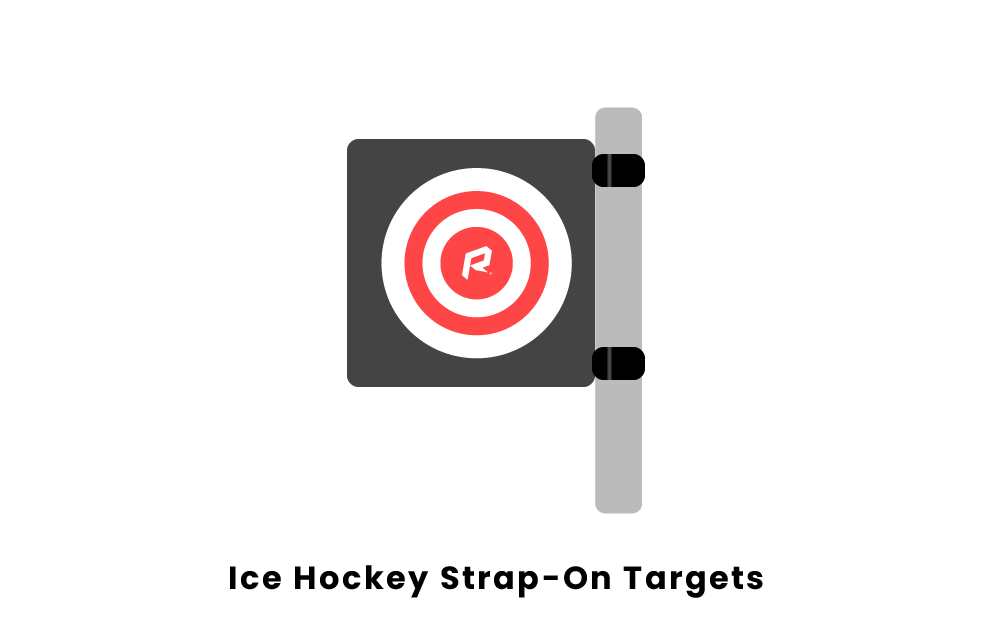 Strap-on targets can be placed almost anywhere on the net but, instead of being placed on like clip-on targets, they are usually fastened with velcro or another type of fastener. These are less likely to spin because they aren’t stiff, so the puck pushes the targets out of the way when it hits them. Strap-on targets are typically among the cheapest types of targets, and are sold in multipacks. 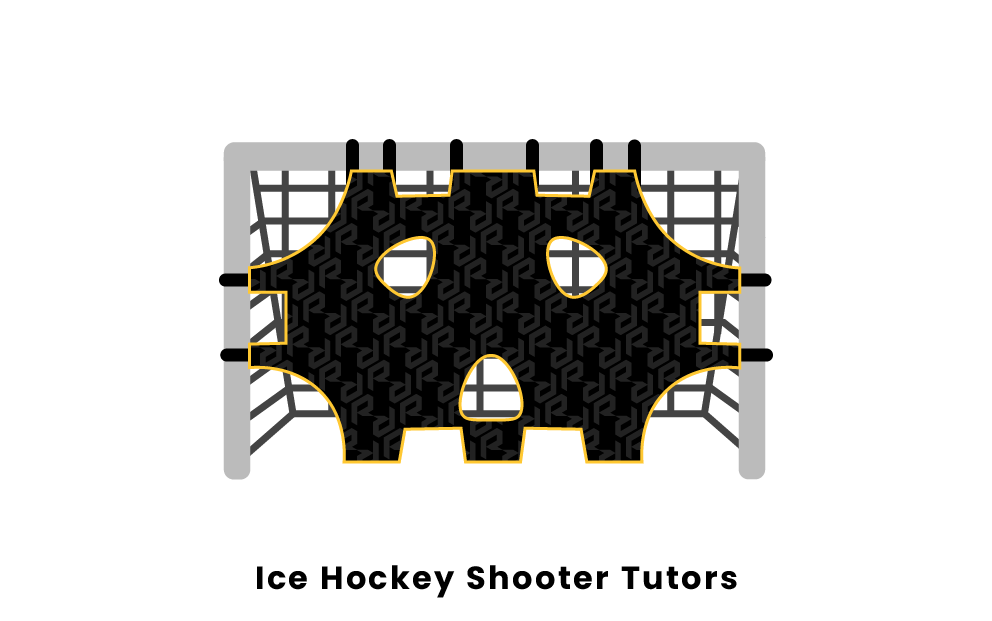 There are a number of different styles and sizes to shooting targets, as well as brands that produce them. Three of the biggest shooting target brands are Bauer, Top Shelf, and Winnwell.

When purchasing a shooting target there are a number of things that you must consider including the durability, cost, and size.

The durability of your shooting targets is largely dependent on the type of target and the frequency that you use it. Most targets are typically quite durable, but after extended use they are going to wear out. shooter tutors will likely experience wear along the straps from repeated contact from missed shots. Clip-on targets can become damaged through repeated, powerful shots.

The cost of shooting targets can vary based on the type of target that you are looking to purchase, but they mostly cost under $100. Shooter tutors are typically the most expensive style of target as they require the most material and can even come with electronic scoring systems. Magnetic targets cost in the $50-$100 range. This tends to make them less expensive. Strap-on foam targets tend to be the least expensive style of target, but all of this varies by brand, size, and features.

Targets do come in different sizes, but they change based primarily on the brand or product type. The shooter tutor is the biggest of the targets because it covers the majority of the net, but it doesn’t necessarily mean that its targets are bigger or smaller than clip-on targets. The smaller the actual targets are, the more difficult they are going to be to hit, so more experienced players should look for smaller targets. Less experienced players should work on their general aim with larger targets.

How much do ice hockey shooting targets cost?

Almost all shooting targets, including shooter tutors, can be purchased for less than $100. Magnetic targets are sold in packs as they are typically small, and those packs usually range in price from $50-$100. Strap-on targets can cost as little as $24 in a pack of four, while single clip-on targets are usually in the range of $22-$25 each. The cost of shooter tutors fluctuates significantly depending on the brand and features. Some shooter tutors come with electronic scoring systems or large, extremely durable tarps which both drive the price up. Some brands offer weaker shooter tutors that can withstand the power of youth shots without breaking the bank.

Shooting targets do come in different sizes, which allows players to choose the target size that is appropriate for their current skill level. More experienced players with better accuracy should practice aiming for smaller sized targets, while beginners should practice with larger targets to get down general aim. The size of openings on the shooter tutor could be the same size as clip-on or strap-on targets. Each type of shooting target can come in a number of different sizes.

What skills do shooting targets help you learn?

Shooting targets primarily help players learn how to take a shot and where to aim their shots. The targets typically are placed in the highest-percentage scoring areas of the net, so players can focus on aiming for those spots over and over again. It also allows players to practice their aim and control in hitting different parts of the net. The accuracy that can be learned with shooting targets also allows players to begin to shoot with more power, while maintaining control. All of this combines to help the players learn how to be a better shooter and scorer.