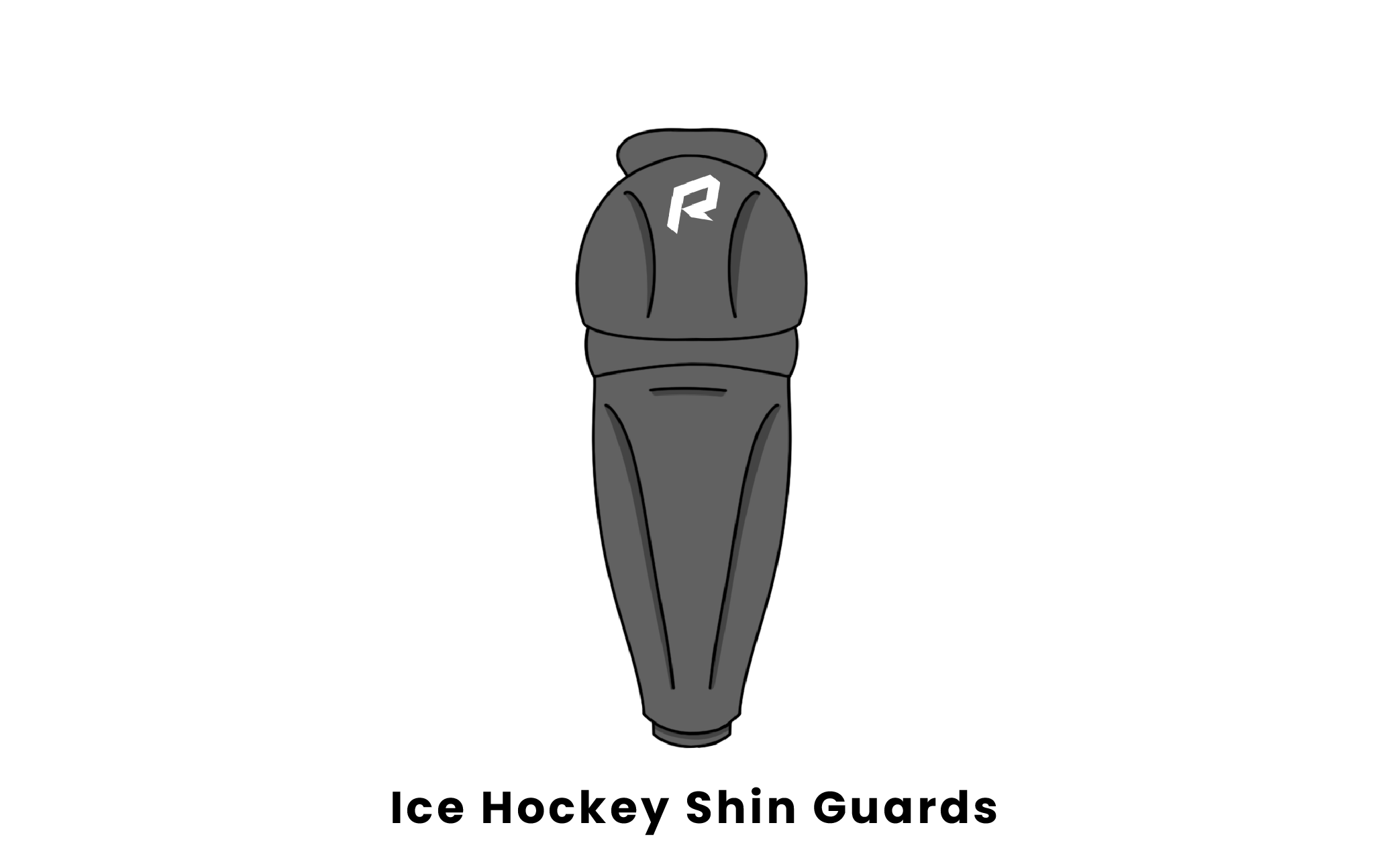 Hockey players require a lot of protection while on the ice, especially for their legs. One of the lesser known pieces of ice hockey equipment is the shin guard. Worn underneath the uniform, this form of protection comes in many styles and is vital to preventing injury.

What are ice hockey shin guards used for?

An ice hockey shin guard is a piece of equipment designed to protect the lower body. The shin guard has a similar design to the ones used by baseball catchers. They are meant to protect from the knee cap all the way down to the ankle area. In the NHL, players are required to wear shin guards to reduce injury. Blocking shots is a common occurrence and players often use their legs to stop the puck. A hockey player’s shin guards are not exposed during a game, rather they are covered by socks. Straps secure the shin guard around the leg of the player, but some also use tape on the outside of the sock for extra security.

When looking for ice hockey shin guards, you'll want to consider the following:

Hockey shin guards have different designs depending on the position a player has on the ice.

Defensenmen shin guards offer the most protection. Defenders block the most shots and are the most physical players on the ice. Their shin guards are different because they have extra padding and are bulkier. They do limit speed and range of motion, but defenders generally do not rely on those attributes as much.

Offensive players still require moderate protection, but need a lighter shin guard so that they can speed down the ice in a matter of seconds. Shin guards designed for forwards are made of the same materials as defensive shin guards, but are much smaller. Since they do not cover as much of the leg, agility is increased among the players that wear them.

Referee shin guards are a combination of the two normal types of hockey shin guards. Officials need to be able to get down the ice quickly to see all of the action, but they also need protection from the puck. Fiberglass is not a common material among referee shin guards, they are mainly constructed with foam.

There are three different materials that can be used to make hockey shin guards:

These are the most popular hockey equipment brands that produce shin guards:

Before buying a pair of shin guards, think about these factors:

Shin guards are designed to withstand a lot of impact, but as mentioned above, different materials have different levels of protection. Fiberglass and polyurethane shin guards will last the longest due to their reinforcement. Most players can wear the same shin guards for about 5 seasons before switching to a new pair.

Players can expect to pay anywhere from $50 to $200 for a pair of reliable shin guards. The variation in prices is due to how old the model of the shin guard is and what materials they are made from. The most popular hockey equipment brands are consistent in pricing.

Hockey shin guards are divided into three sizes; senior, junior, and youth. Shin guards are supposed to fit right on the knee and extend down to the ankle. It is important to have skates on when trying on a pair of shin guards, to make sure they fit and are comfortable with other equipment on.

What are the benefits of wearing shin guards in ice hockey?

The main benefit of wearing shin guards in ice hockey is preventing injury. Well fitted shin guards will help deflect the puck without much pain when blocking shots. They also protect the knees and legs of a player who falls to the ice after a collision. Players also often hit each other with their stick, and shin guards will protect the lower body from making intense contact with a wooden hockey stick.

How much do shin guards cost?

Shin guards range in price from $50 to $200. Prices will vary based on what size shin guard you are looking for. The cost will also be influenced by the type of material the shin guards are made of. Some companies will have older shin guards on sale that are still effective and provide great protection.

What are the different kinds of shin guards?

There are three different types of shin guards used in ice hockey. Defesenmen shin guards are heavier and made for more frequent impacts with players and pucks. Forward, or offensive, shin guards are smaller and more lightweight, with the intent to provide more mobility and speed. Referees wear a special kind of shin guard that combines both agility and extra padding.