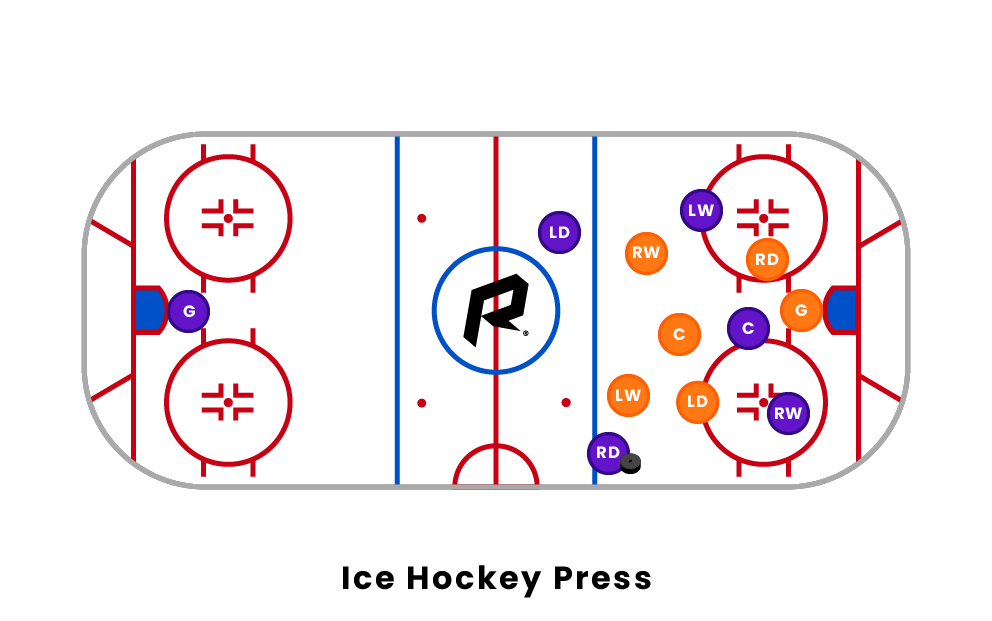 A press in hockey refers to a defensive strategy, generally used on the penalty kill or in dire defensive situations. This strategy aims to pressure the opposing team to make a bad pass and to cut off the major scoring areas such as the slot. In powerplay situations, the pressing team only has four skaters on the ice, so every player must be in position and ready to make a big play.