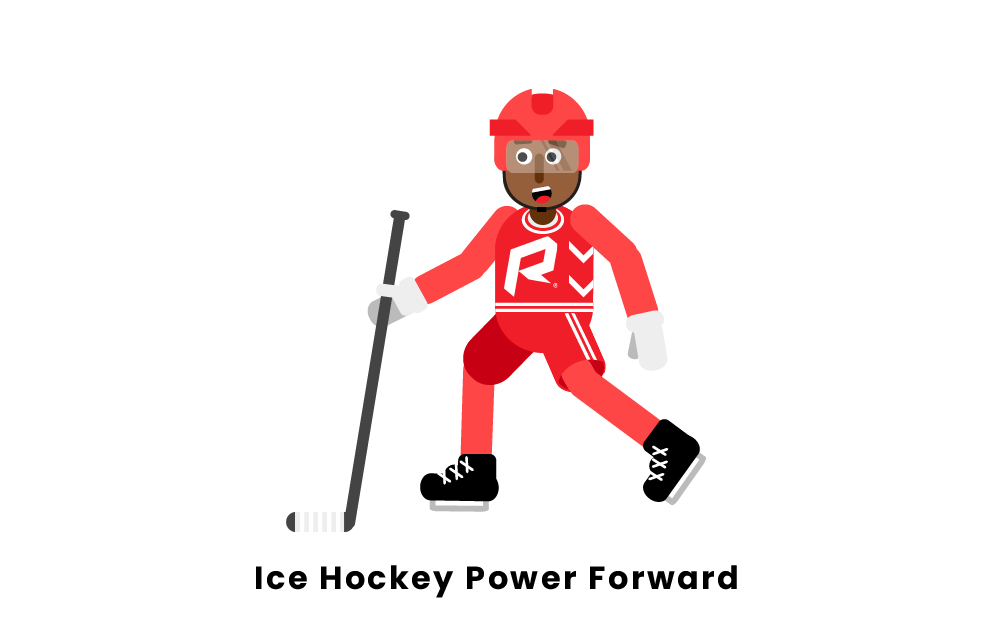 A power forward in hockey is a playing style or role that a forward on the team assumes.

The forwards in hockey include the center, right wing, and left wing.

A power forward is usually larger in size with considerable strength but is also a skilled player. Due to their large frames, power forwards are usually physical and fight aggressively for the puck against the boards. This can sometimes result in them getting into fights with other players. Although known for their physicality, power forwards should also have the ability to shoot accurately on the goal if needed.

Along with their ability to shoot and battle with defenders, power forwards also exhibit impressive stick and skating skills. They use their mix of skills to their advantage, making it difficult for defenders to take the puck away from them. It allows them to move through a defense to either score or create scoring opportunities for their teammates.

Who is the best power forward of all time?

Gordie Howe is considered the best NHL power forward of all time. Howe played in the NHL from 1946 to 1980 and had his best seasons with the Detroit Red Wings, winning four Stanley Cups with the team. While in the league, he also won the scoring title six different times. Howe was a physical player and coined the term “Gordie Howe Hat Trick,” which was a goal, assist, and a fight in one game.

Who is the best power forward in the NHL today?

Although often considered a sniper, Alexander Ovechkin can also be considered the best power forward in the NHL today. Ovechkin has established a reputation as a tough and physical player, with the fourth-most hits out of all forwards since entering the league. Besides his physical play, Ovechkin is one of the best scorers in the league and led his team to win the Stanley Cup in 2018.

What are some of the other roles in hockey?

Besides power forward, a few other roles in hockey include the sniper, playmaker, and two-way forward. A sniper is the best scorer on the team, as they have a very accurate shot and score many goals. On the other hand, a playmaker does not score as many goals but is great at passing and records many assists. A two-way forward is a player that can do it all on the offense and defensive end of the ice.