At all times during an ice hockey game, one team is on offense and the other team is on defense.

In this tutorial, we will learn what being on offense means.

The team that has the puck in an ice hockey game is on offense. Players on offense are called offensive players. 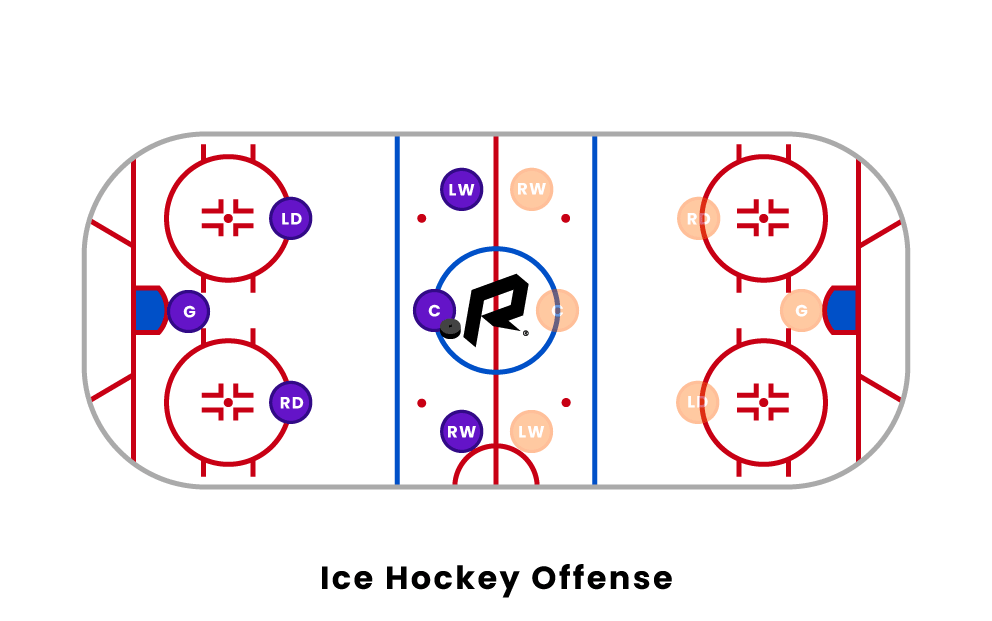 Goals While On Offense

The goals of an ice hockey team when on offense are the following:

While on offense a team accomplishes these goals by moving the puck into the attacking zone and making goals.

From Offense To Defense

In ice hockey, teams are constantly trading ownership of the puck. As a result, teams are moving between all three zones on the ice (the attacking zone, neutral zone, and defensive zone) as well as changing from offense to defense. We'll learn what it means for a team to be on defense next.

Backchecking is a strategy used by ice hockey teams to transition from offense to defense when puck possession is lost. Players will rush back into the defensive zone to stop opposing players from scoring.

We'll learn more about checking and backchecking in future chapters.