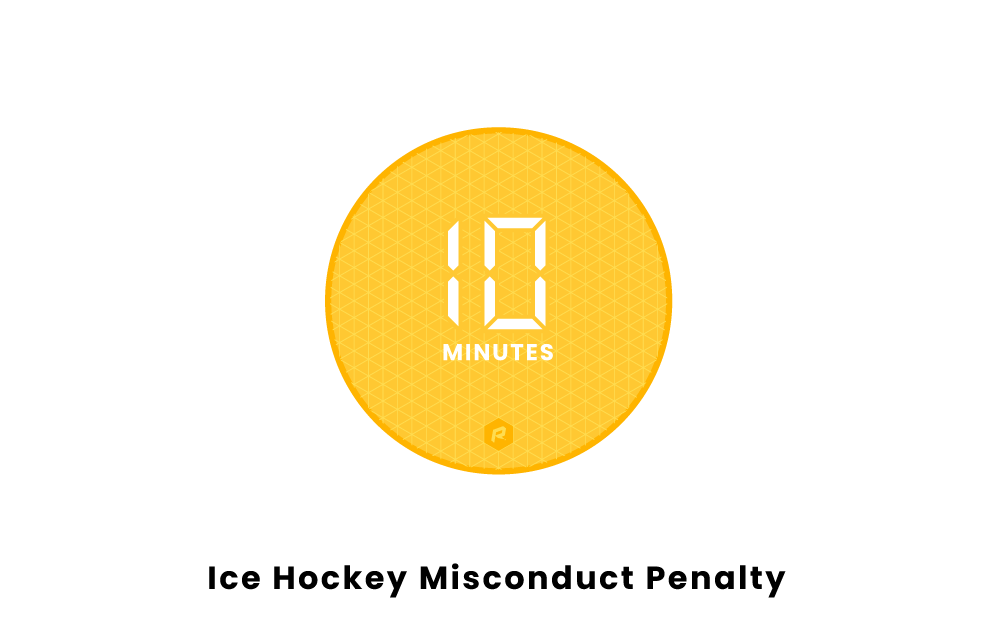 A misconduct penalty is called on a player who performs an action that is not allowed in the game. It calls for the offending player to leave the ice for 10 minutes. A substitute player can come onto the ice to replace him. Goalkeepers will never serve time in the penalty box for a misconduct penalty, a substitute will take his spot in the box.

On a misconduct penalty, the offending team will not be short-handed and no power play will take place unless a minor penalty, major penalty, or match penalty also took place.

If a goalie is called for a misconduct penalty, another player on the ice from his team must serve time in the penalty box.

What happens if a goal is made?

There is no power play on misconduct penalties. Only if a minor penalty, major penalty, or match penalty is also given will a power play take place.

If a goal is made on a power play, the penalty clock will immediately expire and a player may return to the ice. The offending team returns to full-strength.

What are the other penalties in hockey?

What Is Center Ice In Hockey?Hockey Minor PenaltiesHockey Equipment
What Is A Hat Trick In Hockey?Hockey TimeoutsWhat Does A Wing Do In Hockey?
Hockey Offsides Rule For KidsWhat Is The Challenge Cup In Hockey?5 Most Common Ice Hockey Injuries