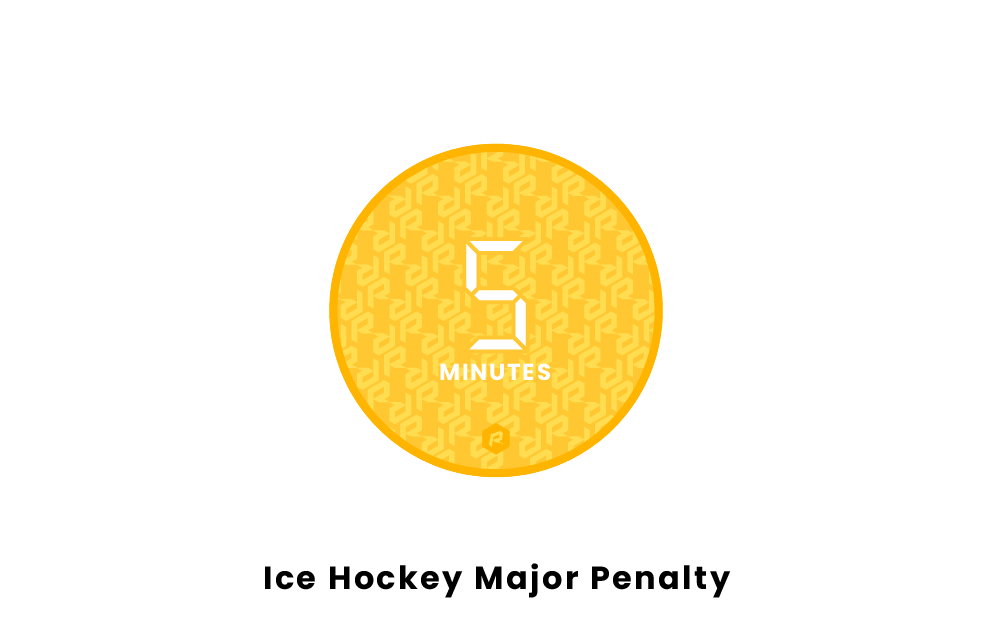 With a major penalty, the penalty clock will never be wiped, even if a goal is scored by the opposing team. This is not the case with minor penalties. The power play will end after a goal during a minor penalty.

Players will also receive a game misconduct penalty in addition to a major penalty if they injure a player's face or head from boarding, charging, or elbowing.

Here is a list of major penalties in ice hockey:

What is the delayed penalty rule?

If a major penalty is called on a player and there are already two other players on their team serving penalties, the penalty clock will not start ticking until at least one of the other penalties has expired. However, a substitute can take their place on the ice. A team cannot have fewer than four players on the ice (one goalie and three skaters).

Can multiple players get major penalties?

Sometimes calling penalties can be more complicated when multiple players on both teams are called for penalties at the same time.

What happens if a goal is made on a power play?

If a goal is made on a power play while a major penalty is being served, the penalty clock will immediately expire and the offending player may return to the ice. The offending team returns to full-strength.

What are the main penalties in hockey?