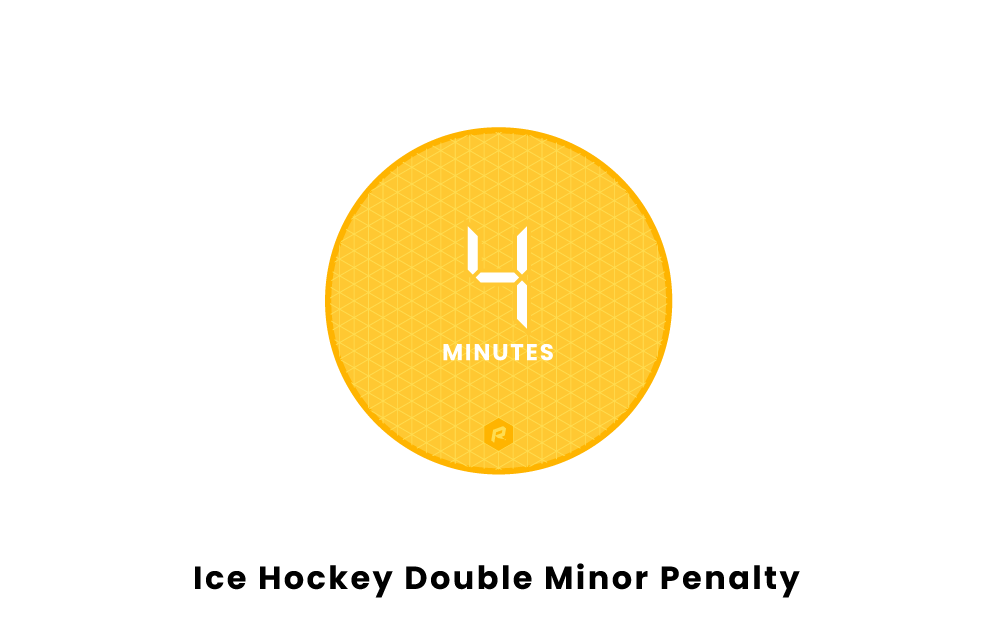 A double-minor penalty calls for the offending player to serve four minutes in the penalty box. The team that committed the penalty will be short-handed for four minutes, meaning they will be down a skater on the ice for 5-on-4. The other team will be on a power play. If a team scores a goal during a double minor penalty, one of the minor penalties will be removed, but the offender will still have to serve the remaining two minutes on the clock from the first minor penalty.

Here is a list of double-minor penalties in ice hockey:

If a goal is made on a power play while a double-minor penalty is being served, one of the minor penalties will immediately expire. However, the other minor penalty will remain in effect with two minutes on the penalty clock. The offending team will return to full-strength once the penalty expires.

If a double-minor penalty is called on a player and there are already two other players on their team serving penalties, the penalty clock will not start ticking until at least one of the other penalties has expired. However, a substitute can take their place on the ice.

Remember, a team cannot have fewer than four players on the ice (one goalie and three skaters).

Sometimes calling penalties can be more complicated when multiple players on both teams are called for penalties at the same time.

Other Penalties In Hockey

What happens if two goals are scored during a double major penalty?

While one goal scored will not end the penalty, if the opposite team scores two goals during the penalty time, the penalty will end and the player will be released from the penalty box.

What is the worst penalty to get in ice hockey?

A match penalty is the most severe punishment a player can get in ice hockey. Statistically, it counts as a ten minute penalty, but this is essentially an ejection. The hockey player must spend the rest of the game in the locker room. For five minutes after the penalty is given, their team must play with a man down; after the five minutes, they can sub someone in to replace them. Most often, match penalties occur when a player intentionally tries to injure another player.