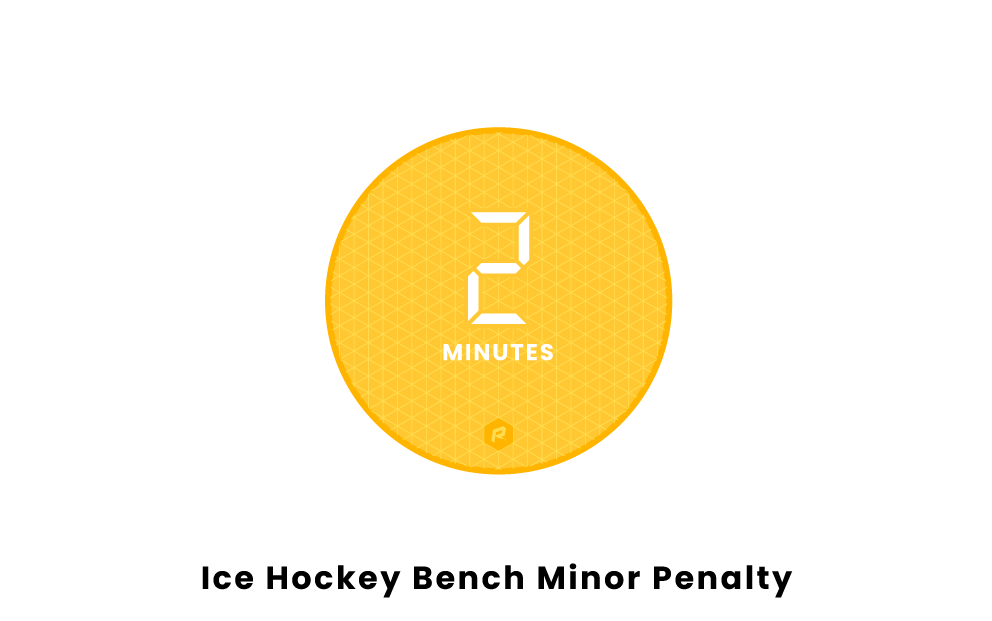 The coach of the offending team will choose a player from the bench to serve the two-minute penalty. The offender’s team will be short-handed, or down a player, for two minutes. During this time, the other team is on a power play and has a better chance of scoring a goal. After the two minutes are up, the offending player can return to the ice to bring their team to full strength.

If a goal is scored while a bench minor penalty is being served, the penalty clock will end, and the player can immediately come back onto the ice.

Here is a list of bench minor penalties in ice hockey:

If a bench minor penalty is called on a player and there are already two other players on his team serving penalties, the penalty clock will not start ticking until at least one of the other penalties has expired. A team cannot have fewer than four players on the ice (one goalie and three skaters).

What happens if a goal is scored during a bench minor penalty?

If a goal is made on a power play while a bench minor penalty is being served, the penalty clock will immediately expire, and the offending player may return to the ice. The offending team will return to full strength once a goal is scored or the penalty expires.

Can multiple players receive a penalty in hockey?

What are the types of penalties in ice hockey?

Below are the types of penalties in hockey: