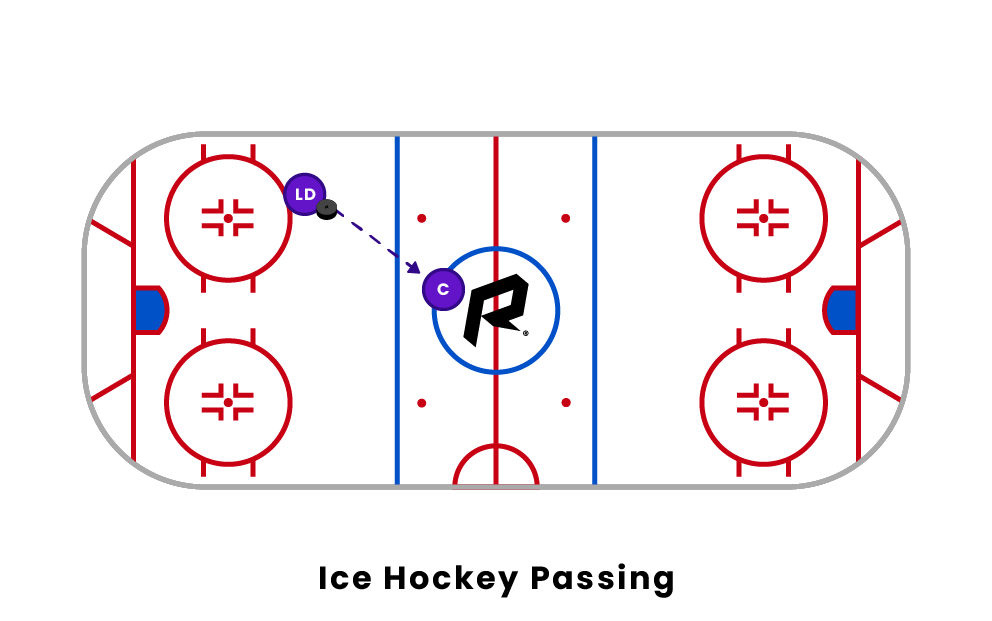 Passing helps a team find weaknesses in the opposing team. By designing and executing passing plays, a team can find an opening for a shot to be taken.

Here is a list of the various pass types in hockey: 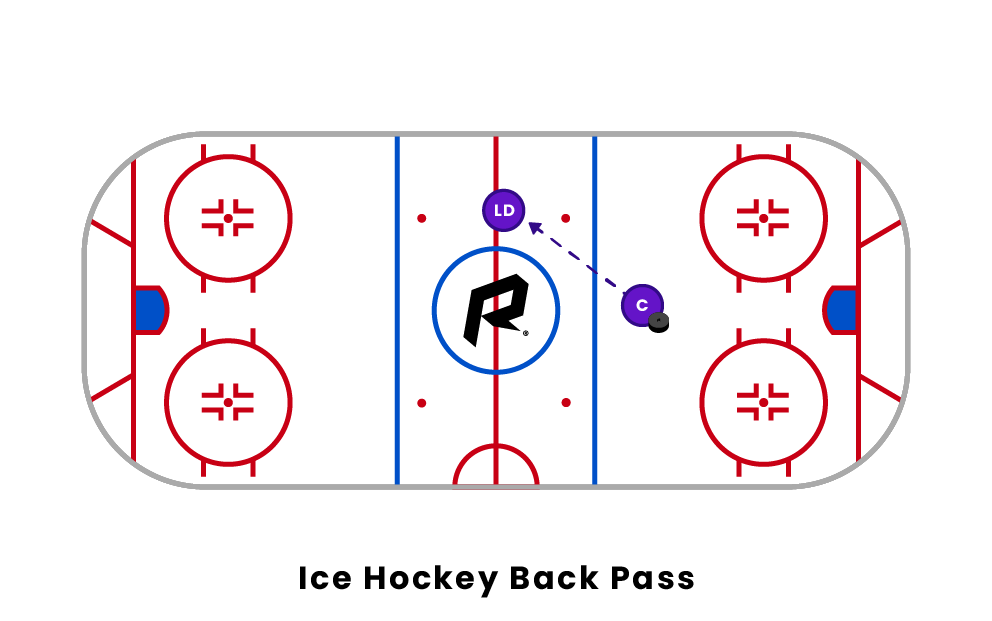 A back pass is a pass made from a player to a teammate that is located behind them on the ice. A player should choose to perform a back pass if the player behind them has a better opportunity to find a scoring opportunity with the puck than they do.

A blind pass is a pass made from a player to a teammate without the player looking in the direction of the recipient of the pass. The idea of a blind pass is to confuse opposing players and to catch them off guard. 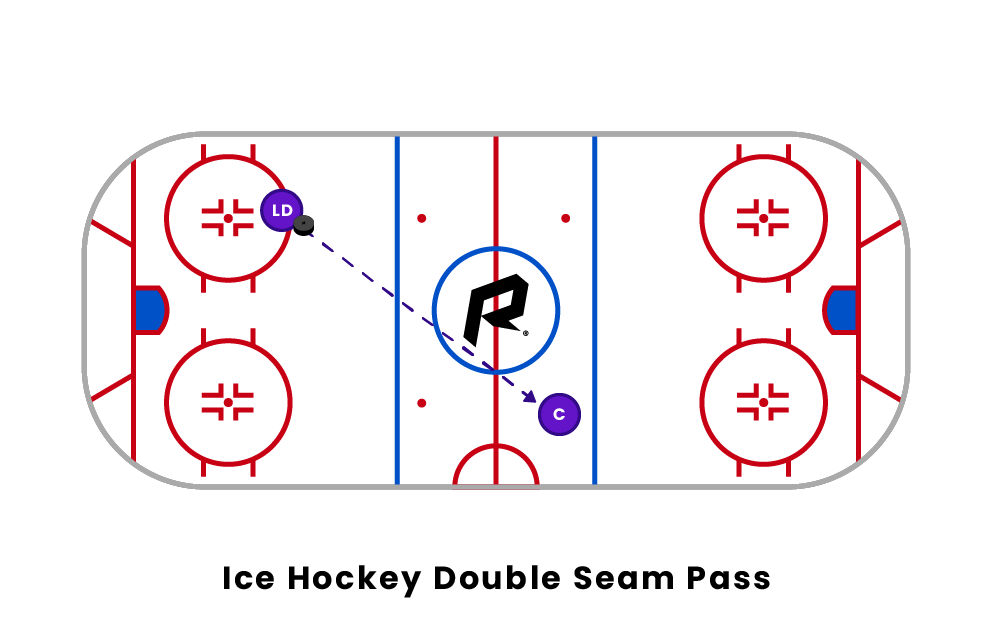 A double seam pass in hockey is when a pass goes through two seams on the ice to reach the intended target. A seam is an opening between two or more opposing players, which players will try and pass through to move the puck up the ice.

A flat pass in hockey is when a pass is made to a teammate, and the puck does not jump up or leave the surface of the ice. These are generally faster than most passes.

A flip pass in hockey is when a player flips the puck in the air, and it lands near their teammate. This is effective by sending a player on a breakaway or tossing the puck above the opponent's head. 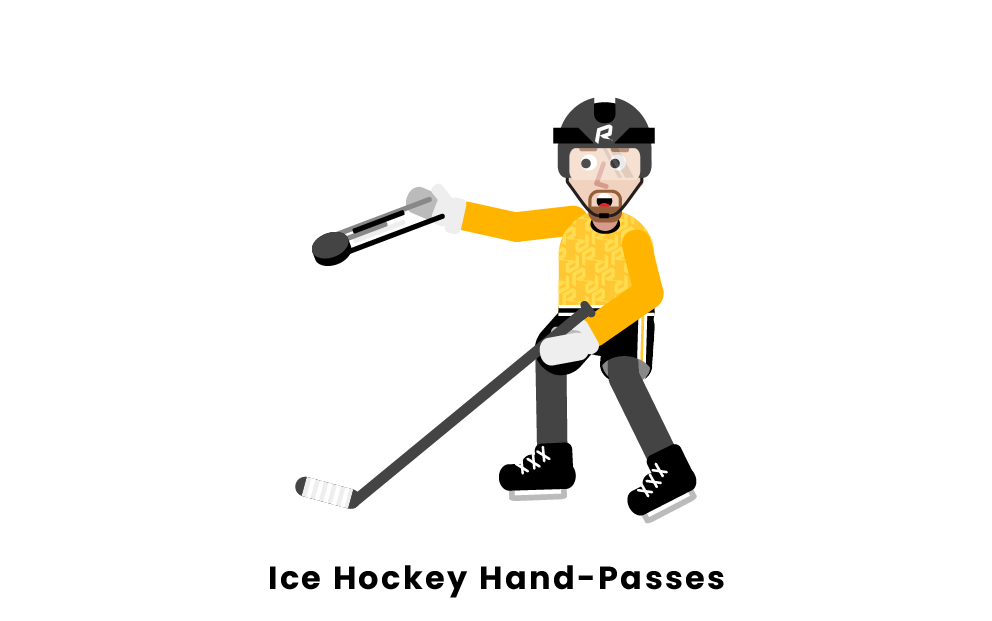 A hand-pass in ice hockey is when a player pushes the puck along the ice or in the air with their hand. This is legal as long as it's not an intended pass directly to a teammate or to gain an advantage on the ice. On a hand-pass, the player can catch the puck out of the air but must immediately put it on the ice or risk being called for a minor penalty. Play is never stopped for a hand pass by players if it's done in a team's own defensive zone.

A give and go in hockey is similar to a give and go in basketball. One player will pass the puck, then drive to the net or open space, while the other teammate passes the puck back to the original player.

A saucer pass is a type of pass that closely resembles the look of a flying saucer, hence the name. When making a saucer pass, a player will slightly lift the puck up into the air but send it on a straight course to their target. A saucer pass is generally used when there are obstacles, such as an opponent’s body or stick, in the way of the pass.

A two line pass in hockey was an old rule that stopped the play if a player tried to pass to their teammate from the defensive zone to the other side of the red line. This rule was abolished during the rule changes of the 2005 NHL lockout.

What is passing in hockey?

What are the rules of passing in hockey?

What are some strategies for passing?

Passing is the fastest and most effective way to move the puck on the ice. It is used to maintain control of the puck throughout the three zones (i.e. offensive zone, defensive zone, and neutral zone). Passing creates openings for players to take shots. One such passing strategy is called cycling. A team will cycle the puck by repeatedly passing it between teammates in the attacking zone to create openings on the ice for shots on goal.