Ice hockey neck guards have become increasingly more popular over the last couple decades. While this piece of equipment is not required, it can be extremely helpful and make the game much safer. Hockey players of all skill levels can wear neck guards.

What are ice hockey neck guards used for?

Hockey neck guards are a piece of protective equipment worn around the hockey player's neck. They come in a few different styles and are worn by both goalies as well as skaters. Due to the vital nature of the neck and how fragile it can be, neck guards offer protection against lacerations and damage to the neck area. Injuries in the past such as one suffered by goaltender Clint Malarchuck in 1989 have made the necessity for neck guards even greater. Malarchuk took an errant skate blade to the neck, and almost died on the ice.

Neck guards usually feature shock resistant padding along with a highly durable lining. They are designed to protect the neck while also remaining cool enough for players to wear during games. Neck guards are typically more common in lower level hockey leagues.

When looking for a neck guard, you'll want to consider the following: 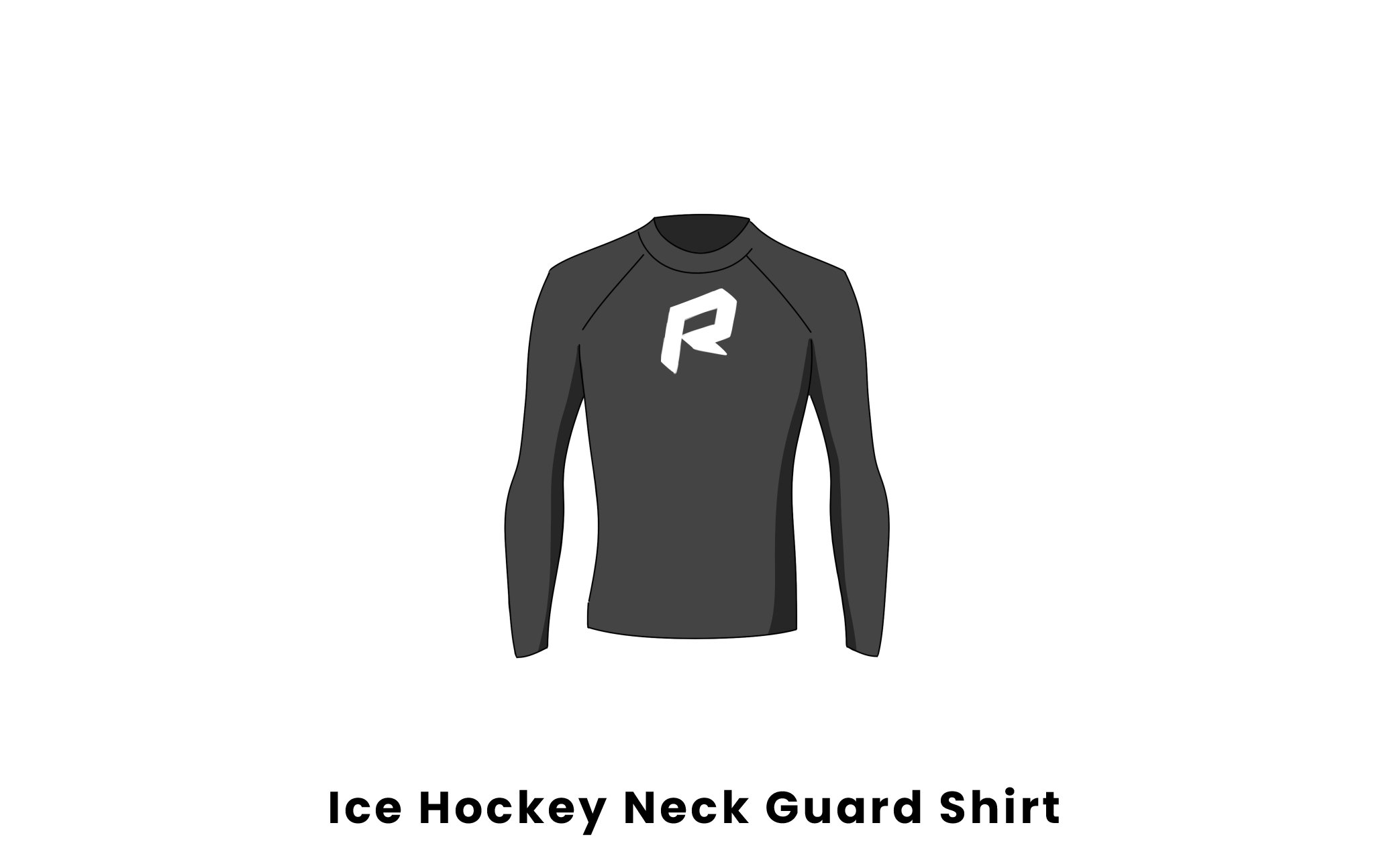 Neck guard shirts are typically long sleeve athletic shirts with neck guards built into the collar. The neck guard on these shirts is typically thinner than other types of neck guards. These can be very comfortable to wear and still protective against cuts. 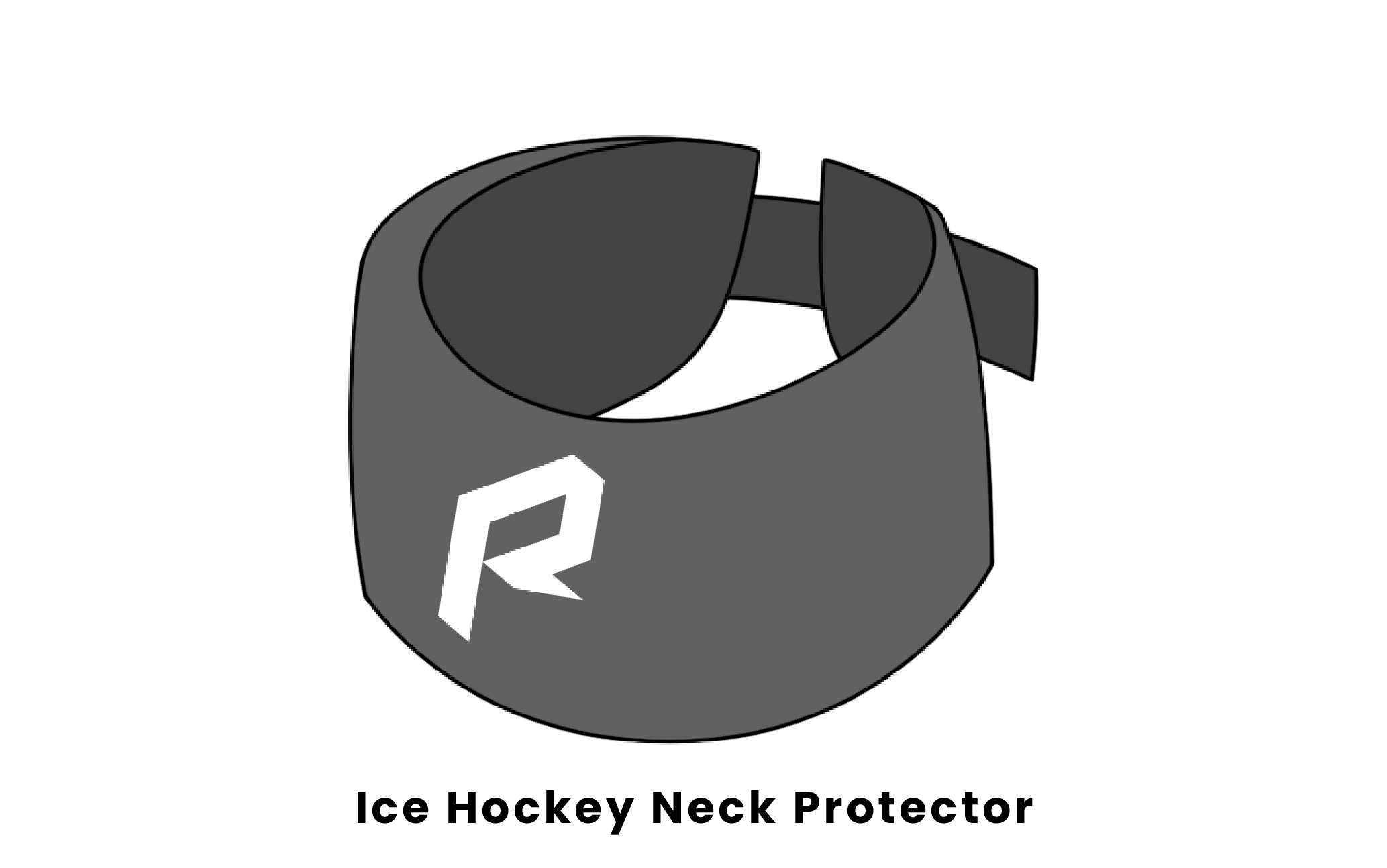 Neck protectors are collars that go around a skater's neck. They are usually thicker than the collars on neck guard shirts, offering better cut and impact protection. They may feel less comfortable and restrict movement a little more than other types of neck guards. 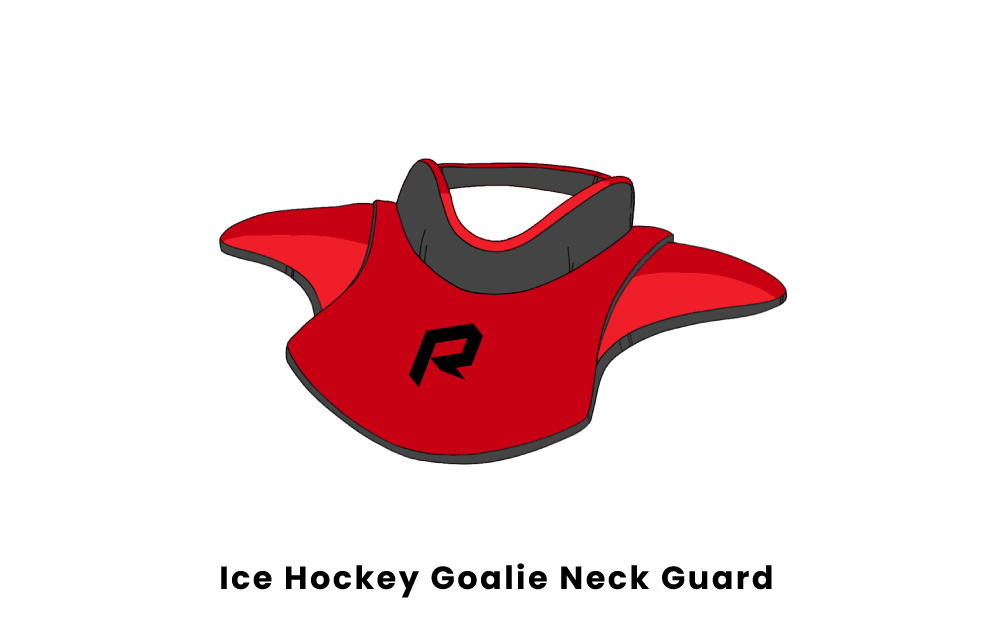 Goalie neck guards are constructed similarly to neck protectors in the sense that they wrap around the neck and are made with thick protective materials. Goalie neck guards, however, provide a little bit more protection to the upper shoulder and collarbone areas as well.

The most common materials found in hockey neck guards are foam, kevlar, and nylon.

The most common brands that produce hockey neck guards are Bauer, CCM, and Shock Doctor.

When deciding which neck guard to buy, always consider the durability, cost, and sizes.

Neck guards can last quite a long time. Since the neck is not usually one of the most contacted areas of the body, neck guards will usually retain their protectiveness for a while. If a neck guard begins to tear or become ruined with moisture, it is usually time to replace it.

The cost of neck guards usually varies based on the type. Neck protectors are often the cheapest and can be found for less than $30. Most goalie neck guards usually cost around $30 to $60. Neck guard shirts are often the most expensive as they serve as an athletic undershirt as well as a neck protector. These are typically anywhere for $50 to $80.

Neck protectors and goalie neck guards usually come in a few different sizes: youth, junior, and senior. The way to figure out which size is best for you is to simply measure the circumference of your neck. Most neck guard shirts will come in regular shirt sizes.

What are the best ice hockey Neck Guards?

What are the benefits of using a neck guard in hockey?

Neck guards in hockey protect the most vital areas of a hockey player's neck. The neck is very prone to being cut and a laceration can puncture a nerve or artery. Neck guards protect against sharp objects such as blades or sticks from cutting the neck.

How much does a neck guard cost?

Neck guards have a wide range of costs. Most neck protectors will cost less than $30. Goalie neck guards, which offer more protection than neck protectors, can usually be found for less than $60. Neck guard shirts are typically the most expensive as they have multiple functions and can often be around $80.

Are you required to wear a neck guard in hockey?

Most higher level hockey leagues do not require the use of neck guards. However, neck guards are highly recommended by most leagues and may be required in youth or recreational leagues. The NHL does not require neck guards and they are very rarely worn.