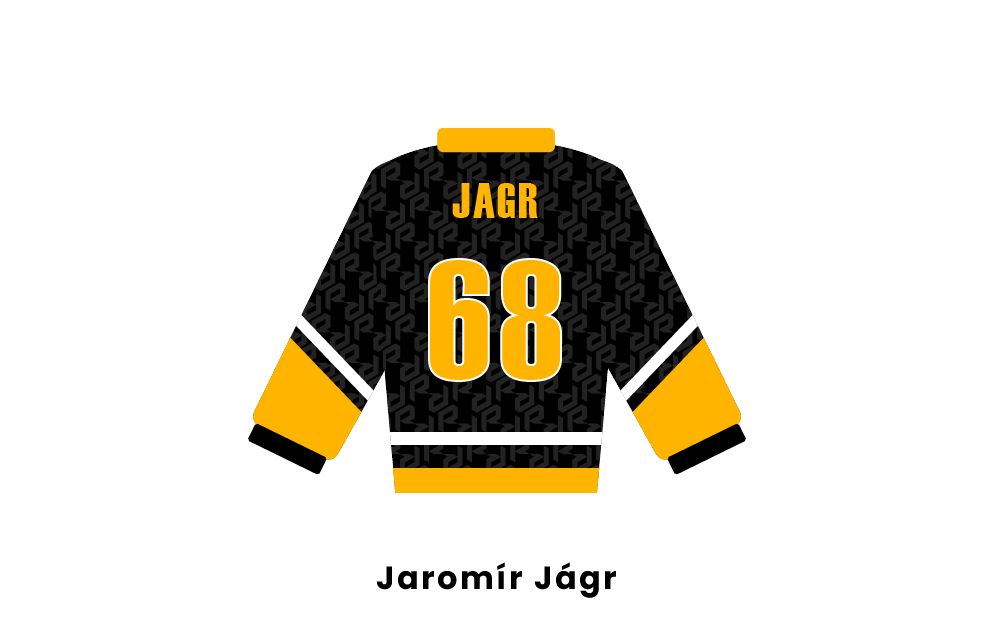 Jaromír Jágr is one of the most experienced hockey players of all time. The Czechian right winger played 27 NHL seasons and has also spent time playing in Russian and Czechian professional leagues.

Jágr’s first NHL team was the Pittsburgh Penguins, where he played with the magnificent Mario Lemieux. The two formed a lethal duo, with Lemieux a veteran and Jágr a young stud. In Jágr’s first two years in the league, the Penguins were crowned champions both years.

After winning Stanley Cups in his first two seasons in the NHL, Jágr never again managed to win the elusive third Stanley Cup, despite playing for another 25 years!

Jágr is probably best known for his longevity: he didn’t retire from the NHL until he was 45 years old! Jágr played his last NHL game in 2017. He is the fourth oldest player to ever compete in an NHL game, behind Gordie Howe, Chris Chelios, and Maurice Roberts.

Jaromír Jágr’s net worth is believed to be around $50 million. Jágr has played hockey as long as just about anyone: he ranks fourth in career NHL games played with 1,733. The only NHLers with more games under their belt are Patrick Marleau (1,779), Gordie Howe (1,767), and Mark Messier (1,756). Considering Jágr played so much hockey, it should be no surprise that the bulk of Jaromír Jágr’s net worth stems from NHL contracts.

In addition to playing in the NHL for 27 seasons, Jágr has played in various other major hockey leagues. In 2008 Jágr left the NHL to play in the Russian Kontinental Hockey League (KHL) for two seasons. In 2017, he retired from NHL hockey at the age of 45 years old and began to play in the top Czechian league.

The only team with which Jágr didn’t make a big impact was the Calgary Flames, for whom he played just 22 games. Jágr signed with the Flames for the 2017-18 season but struggled to keep up with the fast pace of play as a 45-year-old.

The 1998-99 season was a banner year for Jágr: in addition to winning the Art Ross and Ted Lindsay trophies, he also won the Hart Memorial Trophy that year. This trophy is given out to the most valuable player, as judged by a poll of professional hockey writers. This was the only time Jágr ever won the Hart trophy.

In 2016, Jágr won the Bill Masterton Memorial Trophy as a 44-year-old. The trophy is awarded annually to the player which best exemplifies perseverance, sportsmanship, and dedication to hockey.

Jaromír Jágr is from Czechia, where his father, also named Jaromír Jágr, is also from. His father owns a chain of hotels and is the president of HC Kladno, the Czechian hockey team Jágr played for after retiring from the NHL.

Jágr is staunchly opposed to communism, largely because of the Communist takeover, which affected Czechoslovakia in the late 1960s. Jágr has been known to idolize former U.S. president Ronald Reagan because of Reagan’s work to fight against communism in Europe.

Jágr’s number is 68, and it has a special meaning to him. In 1968, the Prague Spring, a large period of protest and political liberalization in Czechoslovakia, occurred. The number also honors his late grandfather, who passed away in prison in 1968.

Is Jaromír Jágr in the Hall of Fame?

Jaromír Jágr is not in the Hall of Fame because he is not yet eligible. There is a rule which states hockey players can not be considered for the Hall of Fame until they have gone three years without playing a professional or international hockey game. Jágr still plays hockey in Czechia, meaning he will not be eligible for Hall of Fame consideration until at least 2025.

Is Jaromír Jágr the oldest hockey player ever?

Jaromír Jágr is one of the oldest people to ever play an NHL game, as he still played as a 45 year old. Only three players had ever played an NHL game while being older than Jágr was when he retired from the league in 2017. Jágr notably still plays professional hockey, despite nearing the age of 50.

Jaromír Jágr called his decision to leave the NHL for the KHL in 2008 the “hardest hockey-related decision” in his entire life. Jágr was 36 at the time and had already played in the NHL for 18 seasons. Jágr didn’t have any one reason for signing with a KHL team, but rather many. First, he is from Europe, so this allowed him to be closer to his family and hometown. Secondly, Jágr signed an extremely lucrative contract, one he would not have been able to sign with an NHL team. His return to the NHL in 2011 suggests that his decision was not based on not wanting to play in the NHL anymore but rather on wanting to try something new.