Is Wayne Gretzky The Best Hockey Player Ever? 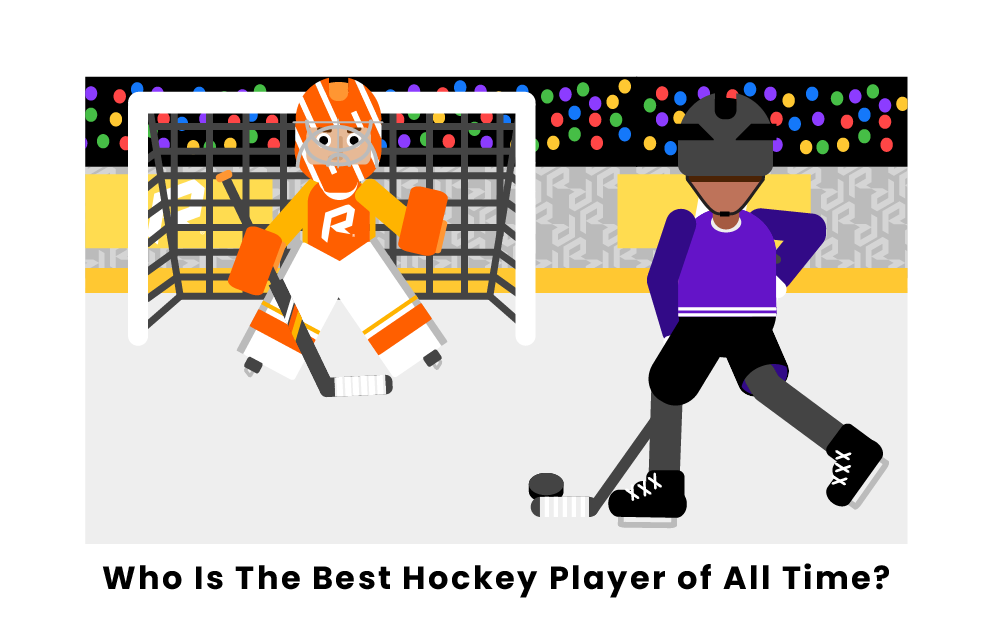 The National Hockey League (NHL) was founded in 1917, and nearly 8,000 people have played in the league. However, one man stands above the rest: legendary center Wayne Gretsky. Read below to find out why Gretzky is widely considered the best player ever to set foot on the ice.

Nobody dominates a record book in any professional or amateur sport quite like Wayne Gretsky. “The Great One” racked up 2,857 points during his career, and nobody else has ever broken 2,000. The Canadien is also the NHL’s all-time goals (894) and assists (1,963) leader. Perhaps the most ridiculous stat of Gretzky’s career is if he never scored a goal in his career, he would still be the NHL’s all-time points leader. Gretsky also led the league in scoring a whopping 11 times, which is the most all-time.

Additionally, he’s the only skater to gain over 200 points in a season, a feat that he accomplished four times. Finally, Gretsky won eight consecutive MVPs from 1979 to 1987. In the NHL, NBA, NFL, and MLB, no athlete has ever won more than four in a row. However, it’s not just these records that make Gretsky the greatest hockey player of all time; it’s that he overwhelmingly laps everyone else.

Wayne Gretsky won numerous individual and team awards in his 20-year career with the Edmonton Oilers, Los Angeles Kings, St. Louis Blues, and New York Rangers. Individually, Gretsky won nine Hart Trophies, five Rocket’s, five Ted Lindsay’s, and was a 15-time All-Star. Regarding team awards, Gretzky led his team to the Stanley Cup Finals six times, winning four of them. He also made the playoffs at least once with all four teams he played for, and in total, his teams qualified for the postseason in 16 different seasons. However, the one achievement that defines his greatness most of all is that his number (99) is the only one that’s been retired by the entire NHL. Only he and Baseball Hall of Famer Jackie Robinson have had their numbers retired by an entire league across the four major American sports.

There are many instances throughout Gretzky’s career that help explain his greatness. Statistically, it’s the fact he scored 50 goals in 39 games in 1981-82, which shattered Mike Bossi and Maurice Richard’s previous mark of 50 games. Gretzky had 45 goals entering his 39th game of the season against the Flyers, and he scored five goals in the end, with the last coming on an empty net as the time expired.

“The Great One” also had the ability to live up to his nickname with everything on the line. This is best demonstrated in Game 7 of the 1993 Conference Finals between the Toronto Maple Leafs and Gretzky’s Los Angeles Kings. The Leafs were at home, but Gretzky left those fans empty-handed as he netted a hat trick and an additional assist to lead his team to a 5-4 victory.

Pages Related to Is Wayne Gretzky The Best Hockey Player Ever?