Is It Common For Hockey Players To Lose Teeth? 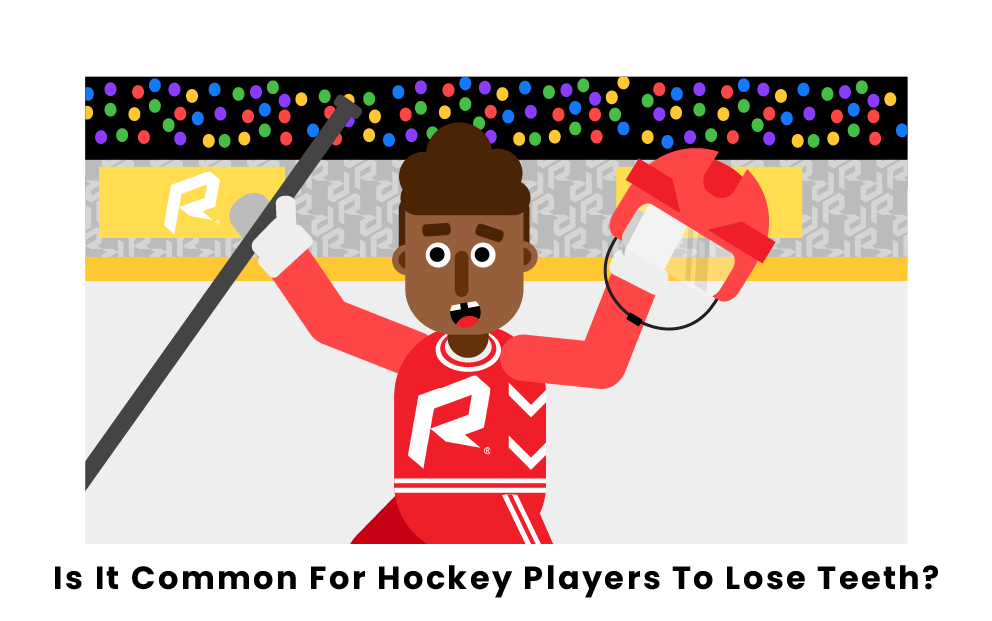 Many avid hockey fans tell novices to the sport wild and outrageous stories about players losing teeth while on the ice, but is it actually that common for hockey players to lose teeth? This is one sports legend that is actually quite true because losing teeth is very much a possibility in the life of a hockey player, to the point where many NHL veterans consider it a part of the sport. Here, we take a look at why losing teeth is so common in hockey, how common it is, and how it can be prevented.

Why is Losing Teeth So Common in Hockey?

Simply put, losing teeth is so common in hockey because hockey is a contact sport that features a number of inherent dangers to a person’s teeth. Unlike other contact sports, such as football, hockey games use numerous pieces of equipment that can easily strike a player in the mouth, endangering the teeth. Most prominent among these are the hockey puck and the hockey stick.

Hockey pucks are responsible for many lost teeth on the ice, mostly because they are made of an extremely hard material known as vulcanized rubber, which has been heated to make it more durable. The nature of hockey shots means that pucks can often fly through the air at tremendous speed, and if a flying puck hits a person’s teeth, it can deliver more than enough force to break them.

Additionally, there is a danger to hockey players from the hockey sticks themselves. Oftentimes, when tussling for the puck, a player’s stick can move about quickly and even potentially jab upwards into another player’s face. With the force of a human arm behind it, a stick that hits a player’s mouth can also damage teeth quite easily.

How Common are Lost Teeth in Hockey?

With all this said, how common are lost teeth in hockey, truthfully? Many NHL players regard losing teeth as a hallmark of the sport, and there are even stories dating from the 1980s which state that players used to jokingly place their false teeth in coffee cups prior to games, marking the cups with their numbers and leaving them on a shelf.

In terms of numbers, recent surveys of hockey players at all levels in both Canada and the United States reached the conclusion that approximately 31.4% of hockey players have received some sort of oral injury over the course of their hockey careers. However, because many of these participants played hockey at a recreational or amateur level and less frequently than professional hockey players, it could very well be reasonable to suggest that the percentage of professional hockey players who have lost teeth is higher, possibly exceeding 50%. Some even suggest that as many as 85% of NHL players have lost teeth in their careers.

As with every sport, hockey has evolved over the course of decades, and a good deal of equipment has been developed to prevent injury to hockey players, some of which can protect a player’s teeth. Most important in the protection of teeth are mouthguards, which are worn by about 90% of NHL players. Mouthguards can protect a player’s teeth from the force of certain blows, but even they are not foolproof, and many have failed to protect players from the force of a speeding puck to the teeth. Nevertheless, they are valuable resources that all hockey players should use to avoid injury.

In recent years, many hockey players have also opted to wear protective face masks over their helmets, similar to those worn by goalies and football players, in order to stop direct blows to their faces. While these are not as common as mouthguards and are also not 100% effective, they represent another form of protection hockey players can use to ensure the safety of their teeth on the ice. Face masks are more common among amateur and youth hockey leagues, and the rules of most children’s hockey leagues require both face masks and mouthguards for all players in order to prevent injuries to the face, making tooth injuries in these leagues much less likely.

Of course, even with these protections, lost teeth are still common in hockey, as are other injuries to the mouth. For this reason, every team in the NHL employs a personal dentist to see to the needs of their players, giving them access to the best dental care possible for any injuries they receive.

Losing teeth is an inherent part of the sport of hockey, and even with advancements in tooth protection, it does not look like the phenomenon is going anywhere. Nevertheless, hockey players have almost universally taken the risk to their smiles in stride when choosing to get on the ice, and many even consider losing their teeth a rite of passage as a veteran of the sport.

Pages Related to Is It Common For Hockey Players To Lose Teeth?