How Much Does An NHL Hockey Player Make? 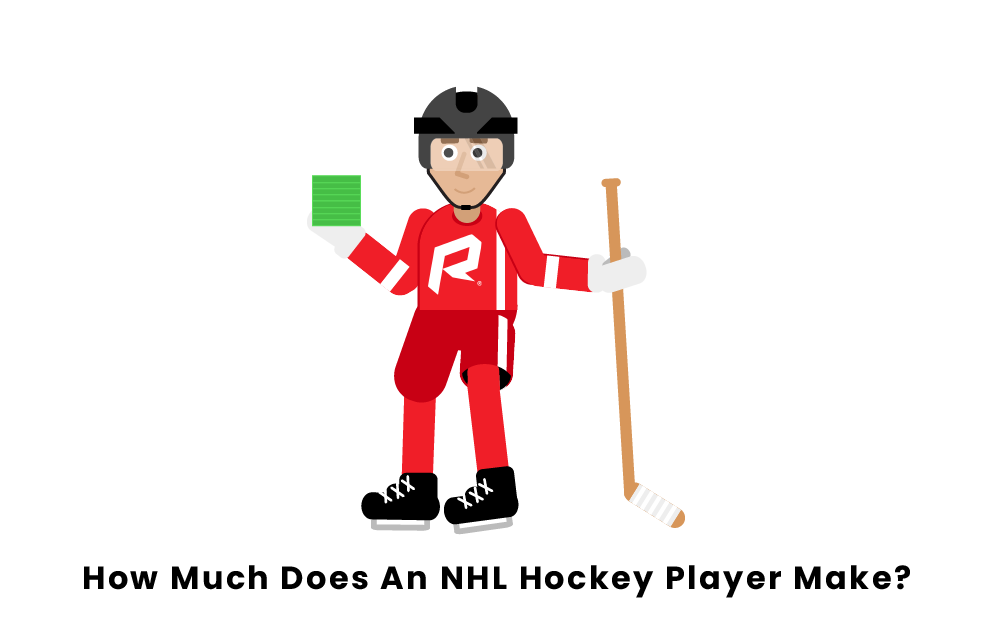 The National Hockey League is the most prestigious professional hockey league in the world. As a result, NHL players are paid much more than the average person. Read below to find out how much NHL players make in a season.

NHL organizations operate under a “salary cap,” meaning there’s a threshold to the amount of money they’re allowed to spend on players. The cap tends to fluctuate season-to-season, and for 2021-22, the cap was nearly $82 million. However, this only applies for the regular season, as NHL teams are allowed to exceed the cap if they make the postseason. While a cap hampers players to their pay, they benefit from a “salary cap floor,” which means every team must spend a certain amount of money within a given season to have a legal roster. The salary floor was slightly over $60 million in the 2021-22 season.

The average salary for an NHL player ranges between $2.5-$3 million per season, significantly higher than the national average for all sports players. In addition to benefiting from a salary cap floor, players also gain an advantage by having a very high minimum pay. For 2021-22, the lowest an NHL player could be paid was $750,000. The highest-paid player in the NHL for 2022 is Connor McDavid, at roughly $12.5 million. Only 14 players currently make at least $10 million a season on average.

What Counts to the Salary Cap

While NHL teams can only roster a maximum of 23 players, they’re allowed a total of 50 contracts to support their minor league affiliate (AHL). The minimum contract as explained above is $750,000. The contracts that are counted against the salary cap/floor are only the ones that are being rostered for the NHL team. In addition, any AHL player with an average salary of over $1 million and on a one-way contract counts towards the cap. This prevents teams from getting immediate cap relief from signing bad contracts. Finally, if a player goes on “long-term injured reserve,” their salary doesn’t count towards the cap, and the team will be allowed to use that additional space created until the injured player returns.

Who is the highest-paid NHL hockey player?

Edmonton Oilers’ centerman, Connor McDavid, is widely regarded as one of the best in the NHL and is currently the highest-paid player in the league. Before 2018, McDavid signed an eight-year, $100 million contract, which amounts to $12.5 million per season. His average salary is nearly $1 million higher than the second-highest-paid player, Artemi Panarin of the New York Rangers.

Who is the lowest-paid NHL hockey player?

The lowest-paid players in the league are Nashville Predators defenseman Alex Carrier and goaltender Connor Ingram. Each player makes about $730,000 per year, under the current league minimum. This is because each player signed their contracts under a different collective bargaining agreement. Both Carrier and Ingram signed three-year, $2.2 million deals prior to the 2020 season.

What do NHL rookies get paid?

NHL rookies sign “entry-level contracts” to begin their careers. This type of contract is a two-way deal, meaning players can be sent up to the NHL and down to the minors without having to clear waivers. They range from $750,000-$925,000 and are required to be signed by any player under the age of 25 as their first contract. The maximum term of this deal is three years.

How much does the #1 NHL draft pick make?

The number one NHL draft pick isn’t exempt from the initial two-way contract, and as a result, they make between $750,000-$925,000 for three years, just like every other player under the age of 25 on their first contract.

Pages Related to How Much Does An NHL Hockey Player Make?