How Much Does An NHL Head Coach Make? 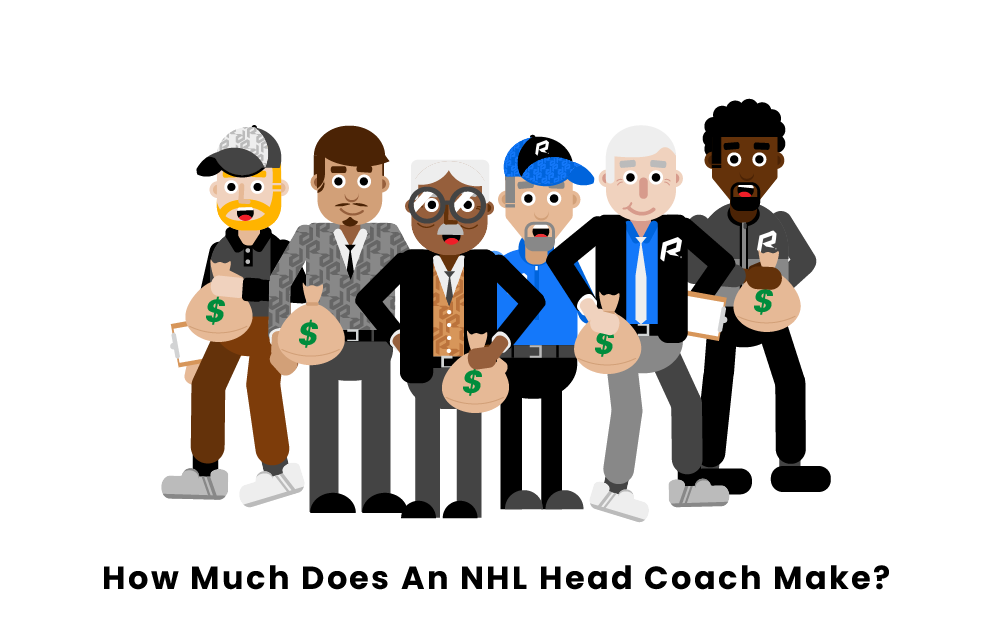 One of the most integral parts of any sports team is its leader, and in the NHL, that sentiment is no different; having a good head coach can make or break a game, and we see the best of them get rewarded handsomely. This article will explain what NHL head coaches make salary-wise.

Although all NHL coaching salaries are not reported to the public, on average, NHL coaches reportedly make between $2.5 and $3 million each year.

The NHL has been around since 1917, when it was first established after the National Hockey Association (NHA) folded as a league. Since then, teams have made sure to have talent on the ice and on the bench. The first available contract data for an NHL head coach dates back to 1944, when Frank Boucher, coach of the New York Rangers, was paid $5,000 for his coaching services. This seemingly small amount of $5,000 in 1917 is worth $114,178.12 in 2022, still a far cry from the millions we see today, but a significant amount nonetheless. The next time we see a major salary increase for the head coach position comes in 1996 when Ken Hitchcock of the Dallas Stars was paid $275,000 over two years for his efforts.

The NHL, specifically their coaches, lag behind other leagues such as the NFL and the NBA regarding top-tier head coach salaries. While all of these sports average about the same overall coaching salaries, the NBA has a $3 million average head coach salary, the NHL is $2.5 to $3 million, and the NFL leads with a $5.5 million average. Even among the top-tier coaches, the NHL is far behind where the top-earning head coach, Todd McLellan, only makes $5 million a year. In comparison, the highest-paid NBA Head Coach (Gregg Popovich) makes $11 million annually, and in the NFL, the highest-paid coach (Sean McVay) makes between $15-$18 million annually.

Who is the highest paid NHL head coach?

While many of the coaches in the NHL have similar salaries and are all within a small range of each other, yet one coach, Todd McLellan of the Los Angeles Kings, is the one that makes the most. McLellan makes $5,000,000 annually as the head coach of the Los Angeles Kings and is set to continue to do so throughout the remainder of his contract with the team, which runs through the 2023-2024 season.

How much does an NHL assistant coach make?

Do NHL coaches get a bonus for winning the Stanley Cup?

The Stanley Cup is the ultimate goal for any NHL team, and when they achieve that goal, typically, a bonus is awarded to that team. While this is true, and in 2021 the Stanley Cup Champions received $4.9 million, that money is then dispersed between each of the 25 players on the team, which came out to be $200,000. Coaches may get a portion of the bonus if it's in their contract. Still, they are not automatically awarded a bonus outside of increasing their resume and potential future earnings on later contracts.

Pages Related to How Much Does An NHL Head Coach Make?