How Much Do NHL Teams Cost? 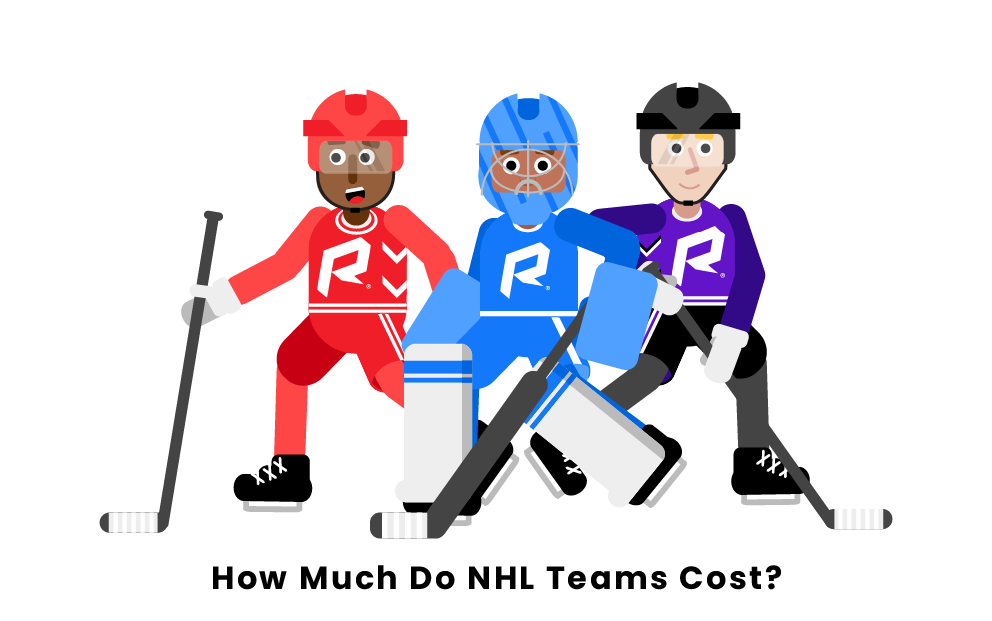 When watching an NHL game, do you ever wonder how much an NHL team costs? One would think it doesn’t require too much, just travel costs and player salaries. However, so much more goes into running an NHL team. These facets include operating costs, revenue from home games, related businesses each team associates with, and sponsorships.

The purchasing price of an NHL depends on how successful the team is. For example, if you were to buy the Toronto Maple Leafs, it would be a higher price than trying to buy the Arizona Coyotes. There is no average purchasing price for an NHL team. The purchasing of an NHL team is based on the team's franchise value at the time of sale, which can vary for a variety of different reasons. That being said, the last NHL team to be purchased was the Pittsburgh Penguins for an estimated price of approximately $850 million.

For the most part, NHL teams are using air travel as their main mode of transportation. Specifically, they tend to use chartered air travel. This helps to get teams to the place they are competing quickly and conveniently. Some even have their own planes. The cost for a chartered flight can range from $1,200 to $10,000 per hour, depending on how large the aircraft is. This means that an NHL hockey team with a minimum of 20 players can land in the middle of the price range of chartered flights. And if teams are traveling far for their away games, this is a large expense for the team.

The average salary for an NHL player is a little over $2.6 million. However, as with any sports league, the more popularity a team has and how well they do, that figure may increase or decrease. The minimum a player can be paid is $650,000 per year. The average NHL team pays around $66 million to $89 million per year for player salaries.

For home games, the estimated revenue NHL teams receive is between $1.5 million and $3 million. This includes parking, concessions, and merchandise. For tickets, the average attendance reported in 2020 was around 17,316 people. The tickets cost around $75 on average, allowing the team to earn a little over $1.3 million in ticket revenue for each regular-season game. However, this all ranges depending on the stadium you attend as each one charges differently. This is in part because teams that own their stadiums can charge more for things such as parking.

Now for the costs of owning a stadium. Teams who own a stadium need to factor in the cost of electricity, property taxes, interest, employee salaries, and other small operating costs. Employee wages average around $100,000 to $200,000 per game, depending on how many workers are operating the event. Everything else depends on the state the team is in and if they have decided on finding cost-cutting solutions.

The estimated amount of revenue is lower for advertising, with the average being around $50,000 per advertisement. However, more popular teams in the league, such as the New York Rangers, will surpass that number since they will have more advertisers and sponsors due to their increased viewership. Additionally, because these more popular franchises tend to have more viewers, which results in more valuable advertising space. In 2021, sponsors provided $676 million in revenue to the NHL.

In terms of media deals, the NHL is now working with ESPN and Turner Sports. These companies have a seven-year contract with the NHL for $625 million a year. This gives them rights over broadcasted games and allows them to stream NHL games on their online platforms.

Who is the most valuable NHL team?

The most valuable NHL team is the New York Rangers. They are currently worth $1.65 billion.

Who is the least Valuable NHL team?

The least valuable NHL team is the Arizona Coyotes. They are currently worth $285 million.

Pages Related to How Much Do NHL Teams Cost?