How Much Do NHL Season Tickets Cost? 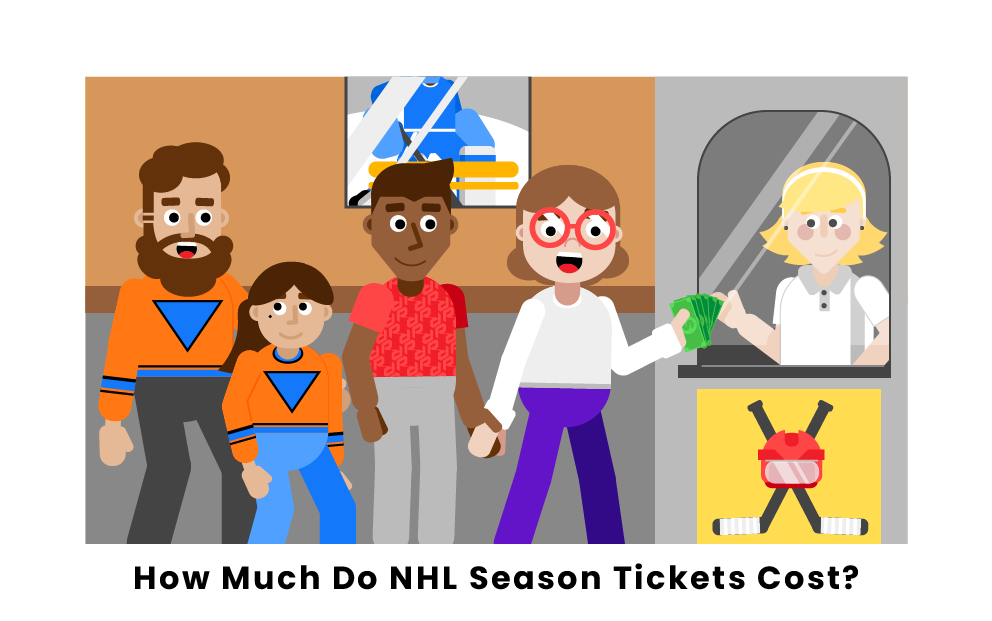 With 32 teams across the United States and Canada, the NHL is the premier hockey league of the world. The amount of money that the fans pay for their tickets varies based on the teams playing, the location of their seats, the day and stakes of the game, as well as various other factors. However, if fans plan to attend many of their favorite team’s home games, they can consider buying season tickets. Season ticket prices vary depending on similar factors to single-game tickets, so keep reading to learn about these prices!

The price for NHL season tickets ranges from $500-$5,000 depending on the team and the seats the customer is purchasing. This is a very wide range, as different teams have different levels of demand for tickets based on their location, history, and recent success. $5,000 may seem like a lot of money, but when you compare it to the most expensive single-game tickets, it sounds more reasonable. For example, the average price to attend a Toronto Maple Leafs game is $368, and $316 for the Chicago Blackhawks, the two teams with the most expensive average single-game ticket cost. If you multiply these numbers by 41, which is the approximate number of home games an NHL team plays in a season, the number is much greater than $5,000.

NHL season tickets reach prices up to $5,000. Someone interested in purchasing season tickets will most likely encounter the most expensive when looking at the bigger market teams, like the Toronto Maple Leafs. This might seem like a very high number, but if you remember that the average price for a single-game Maple Leafs ticket is almost $400, it is mathematically worth it to pay $5,000 for approximately 41 home games if you are interested in attending that many games. Season ticket prices also rise at a very high level when a team wins the Stanley Cup. For example, in 2018-2019, a season after the Washington Capitals took the trophy home, their average ticket prices rose 90%.

At $500 for 41 games, the Anaheim Ducks have the least expensive season ticket plan. It would cost more than this to attend just two Toronto Maple Leafs games. In 2019, shortly before the COVID-19 pandemic began, four other teams sold season ticket plans for under $1,000:

It is important to notice that all these teams play in rather small markets, so in general, you are more likely to find cheaper season ticket deals outside of major cities.

Do season tickets include the NHL playoffs?

Are NHL season tickets worth it?

Pages Related to How Much Do NHL Season Tickets Cost?