How Much Do Ice Hockey Tickets Cost? 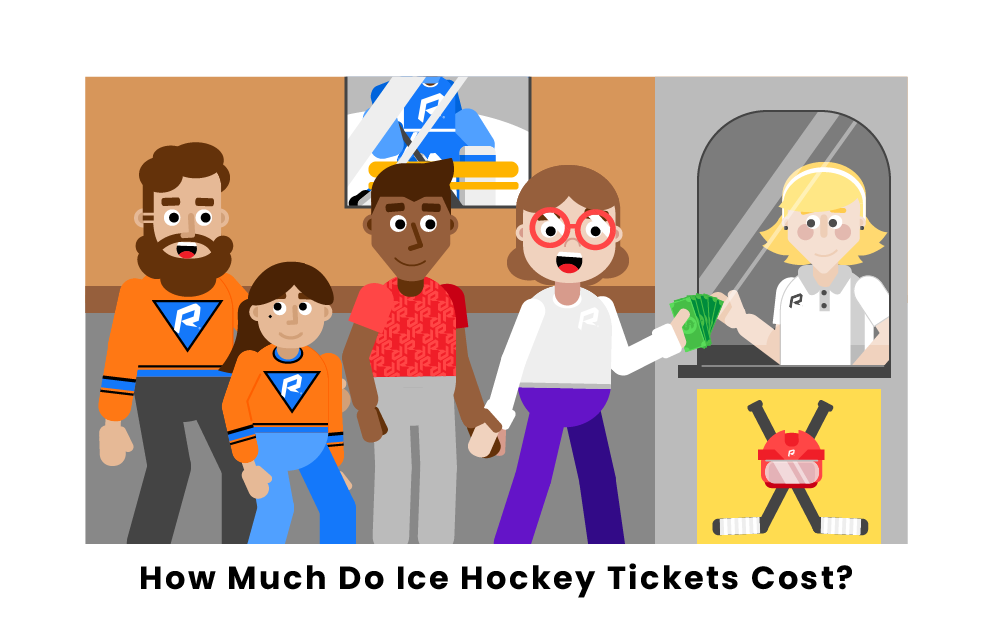 Ice hockey games can be some of the most fun sporting event experiences around. Witnessing the fast-paced action live in person is an experience unique to hockey compared to any other sport, as there are few breaks in the game, and it can sometimes be tough to follow. Depending on the league, venue, and area of seating, the price to attend an ice hockey game varies, but read below to get a general overview of how much a game costs.

No matter what level of play someone is witnessing, the most expensive seats for hockey games are located in the lower bowl and towards center ice, directly behind the goal, and luxury seating. Each of these areas offers the viewer a different type of experience.

In the lower bowl between the neutral zone, people can see all the action equally from both distances. Directly behind the goal allows someone to see the game much better from one side than the other, and luxury seating is usually located higher up in the stadium, but offers private bathrooms and food.

These types of seats are the most sought-after tickets for hockey games and, as a result, are typically the most expensive.

For NHL games, the price of a ticket depends on several factors, including: game importance, time of the season, weekday vs. weekend, seat area, and teams playing.

Attending a regular-season game in 2021-22 would cost an individual anywhere on average between $84-$352. The Florida Panthers had the lowest average ticket price at around $80, and the expansion Seattle Kraken had the highest at over $350. However, these are just average ticket prices for admission, and games are generally more affordable. When considering the same NHL season of 2021-22, statistics show that the average upper bowl ticket only cost $68, the average mid section was $117, and the lower bowl was $174. In fact, the upper bowl corner can cost less than $50 on average, because those are the least-desirable seats. As far as luxury/box seating, those seats can cost thousands of dollars.

College hockey games are typically cheaper than NHL games because the quality of the action is lesser than the world’s best. However, the arenas in college hockey are much smaller compared to the NHL. Most Division I hockey stadiums seat less than 10,000 people, and only Ohio State seats more than 15,500. However, 31 of the 32 NHL teams can seat more than 15,000, with the Arizona Coyotes currently being the lone team who cannot, as they are playing in Arizona State’s stadium for the next few seasons.

Still, the average college hockey price is significantly less than the NHL. In the 2021-22 season, Ohio State–which has the biggest arena in college hockey–had an average ticket price of around $30, with the cheapest tickets costing less than $10.

For postseason action, the price is also much more affordable than the NHL, as the average Frozen Four tickets cost an individual a little over $250, with the cheapest ones going for less than $130.

Depending on the age, a ticket might not even be required to watch a youth hockey game. These games happen all the time at many different venues, and also do not offer the same quality of play as college or pro games.

High school hockey games also do not typically require tickets and offer free admission, however, there are some tournaments that cost money to attend. For example, the Minnesota State Tournament costs anywhere between $10-$20 to attend.

Pages Related to How Much Do Ice Hockey Tickets Cost?