How Do You Hit A Slapshot In Hockey? 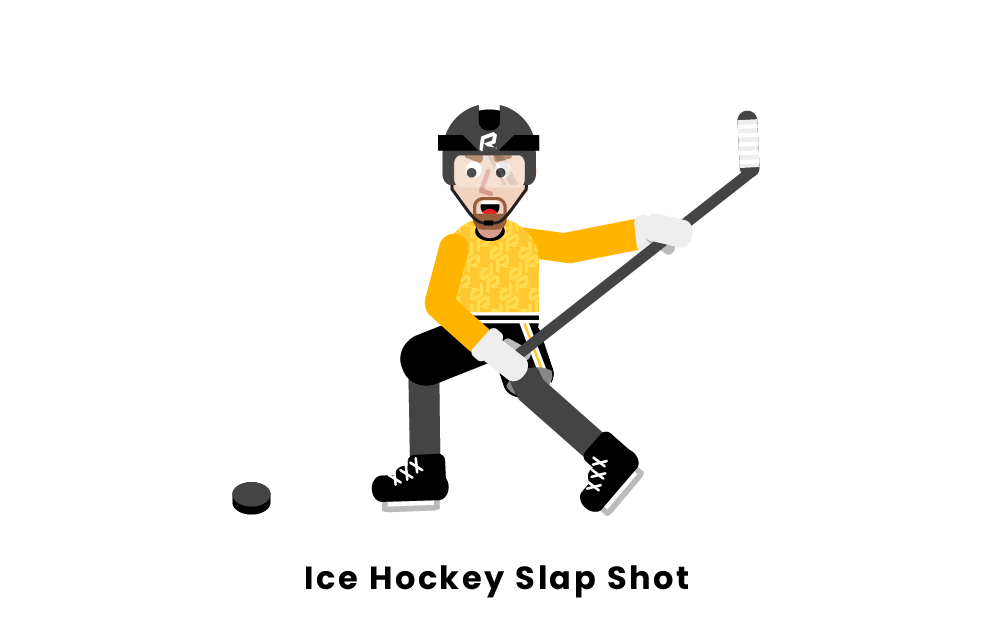 In order to hit a slapshot in hockey, a player must utilize great technical ability rather than just pure strength. Though it may look as though a player raises their stick high overhead to smash the puck as hard as possible, the reality is quite different. Rather than just hitting the puck with all their might, a player actually hits the ice in front of the puck, causing the stick to flex and store energy. As the flexed stick strikes the puck and follows through, that energy is unloaded and pushes the puck forward, much like a slingshot, faster than the player could do themselves. 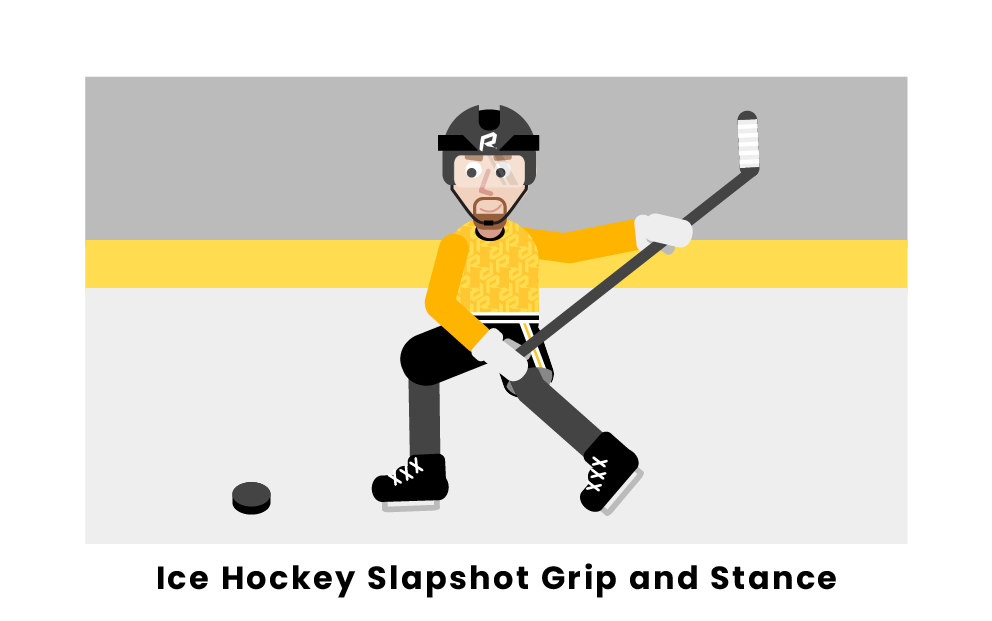 When gripping the stick for a slapshot, a player will utilize a wider grip than normal, with one hand on the top of the stick and the other hand a little over halfway down the stick. This will allow the player to have more accuracy and power on the shot. It is also important to keep a tight grip on the stick with the bottom hand in order to maintain control and accuracy throughout the shot. A player should stand with their knees bent and have their shoulders and head up for both balance and aim. When the player winds up, they need to shift their weight to the back foot and transfer all that weight to the front foot as they swing through and strike the puck. It is also important that the puck is placed in the middle of the stance, allowing the stick time to flex along the ice before hitting it, but not so far in front that a player must reach after the puck, losing out on power and accuracy. 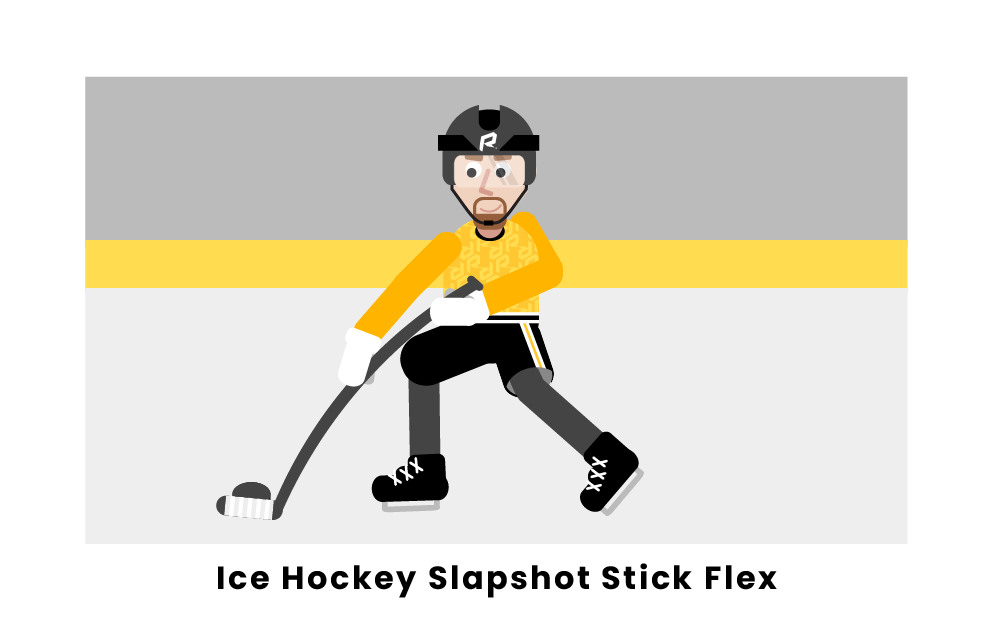 As the stick hits the ice, it will flex into a curved position. This means that the stick is storing potential energy by bending out of shape and will unleash this energy upon the puck when it returns to its straight resting position. Sticks have a flex rating, meaning how easily they will bend, and as a general rule of thumb, a player should use a stick with a flex rating of about half their body weight. In order to get the stick to flex, the player needs to apply downward pressure with their bottom hand on the stick against the ice, and as the stick lifts off the ice during the follow-through, the stick will unflex, thus launching the puck forward. 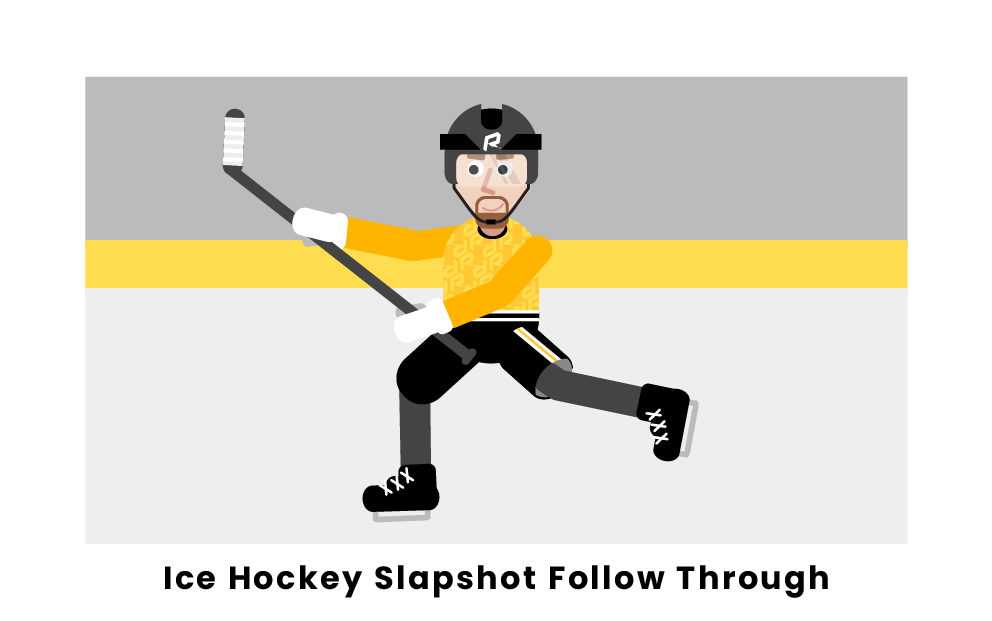 The follow through is one of the most important parts of the slapshot, as it determines where the puck will go. As a general rule of thumb, if the follow through stays close to the ground, the puck will also remain close to the ground. Likewise, a high follow through will lead to a rising shot, lifting the puck off the ground. Given that a slapshot is not the most accurate shot in hockey, it is important to know when to utilize it. Most often, slapshots are taken by defensemen when there is a lot of traffic in front of the net or when a teammate is able to tip and redirect the shot, increasing the chances of getting it past the goalie.

Pages Related to How Do You Hit A Slapshot In Hockey?