How Did Hockey Expand Around The World? 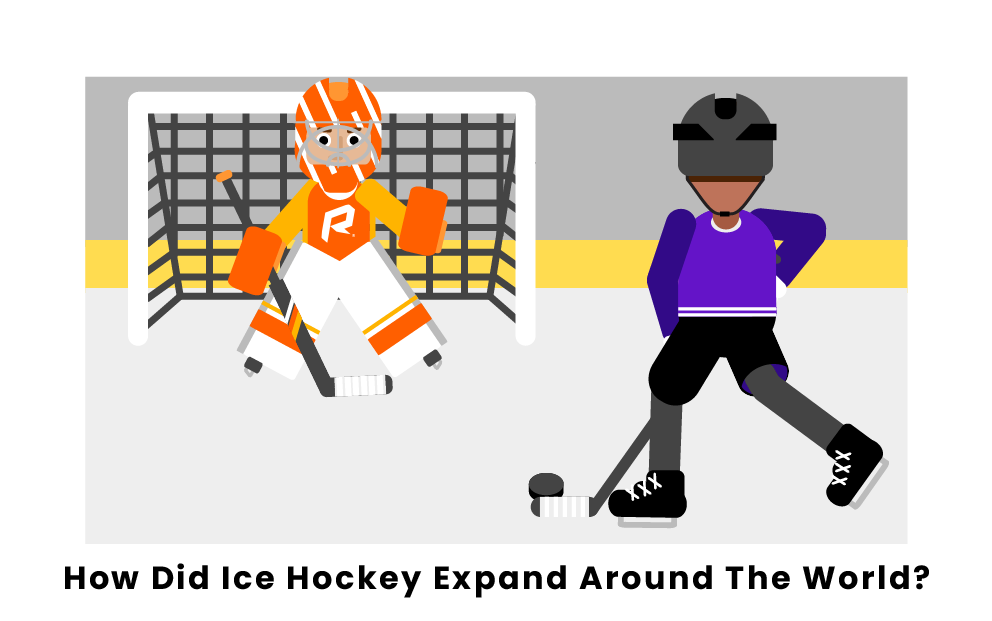 Have you ever wondered how hockey became one of the most popular sports around the world, or even how it originated? Keep reading to find out how your favorite winter sport expanded worldwide.

How did hockey originate?

‘Ball and Stick’ games date back almost as far as civilization itself. History shows that these games might have originated in Persia, Egypt, or China, and as civilization expanded and spread, these games did too. As people spread north, ‘ball and stick games’ on ice started being played. The modern version of ice hockey was not played as an organized sport until the 1800s. A man from Nova Scotia named James Creighton moved to Montreal in 1872 and brought the sport of hockey with him. After he introduced the game to his friends, he organized a group to play and practice the sport at the Victoria Skating Rink. This is the first time the sport has been played indoors because of the danger of a large ball flying around indoors. Creighton, therefore, created a small round and flat piece of wood, now called a hockey puck. Later that year in 1875, he staged the first public exhibition of hockey.

How did the NHL originate?

The National Hockey Association (NHA) was formed in 1910. The sport’s popularity was rapidly growing, and there were not enough artificial ice rinks to accommodate the demand. Therefore, in 1911, the Pacific Coast Hockey Association (PCHA) was formed. The PCHA and the NHA were in a war over money and players. The PCHA introduced many of the changes that improved the sport, although the NHA was initially a stronger league. The NHA then decided to form a new league and created the National Hockey League (NHL) in 1917. More and more teams were joining the NHL, and ultimately, in 1926, the NHL bought out the PCHA for $250,000. This established the NHL as North America’s most dominant professional hockey league.

How did Hockey Expand Around the World?

The sport spread west as civilization did. Internationally, hockey started being played among amateurs in England in 1903, and the International Hockey Federation (IIHF) was formed in Europe in 1908. The International Ice Hockey Federation was formed in Europe shortly after in 1908. Initially, it included Great Britain, Bohemia, Switzerland, France, and Belgium. After the first European championship in 1910, the league expanded and took applicants from all over the world. Canada dominated the international competition until the Soviet team emerged in the early 1960s. In 1995, the NHL, NHL Players’ Association, and the IIHF came to an agreement that professional players were able to play in the Olympics and World Championships.

Where did hockey originate?

Hockey originated in Canada, although games using a ball and a stick can be traced back to ancient Persia, Egypt, and China. James Creighton brought the sport with him when he moved from Nova Scotia to Montreal in 1972. He organized a group of his friends to play, and the game spread in popularity from there.

What is the NHL expansion?

What are the origins of the Stanley Cup?

Hockey teams started sprouting up all over Canada, the first being at McGill University in 1877. The first hockey organization was the Amateur Hockey Association of Canada (AHAC). It was established in 1885. In 1889, at the Montreal Winter Carnival, there was a match between the Montreal Victorias and the Amateur Athletic Association. Sir Frederick Arthur Stanley, the Governor-General of Canada at the time, stopped to watch the match with his wife and children. He was so intrigued by the sport that he formed a team called the Rideau Rebels and a league, the Ontario Hockey Association, in 1890. He then created a regional competition, after which the winner would be awarded the Dominion Challenge Trophy. It was decided in 1893 that the cup would not become any team’s property, and it was renamed the Stanley Hockey Championship Cup.

The Stanley Cup was originally awarded to the winner of a challenge series between the top two teams in Canada until 1926, when it became the championship trophy for the newly formed NHL. It has been awarded to the postseason champions of the NHL ever since.

Pages Related to How Did Hockey Expand Around The World?