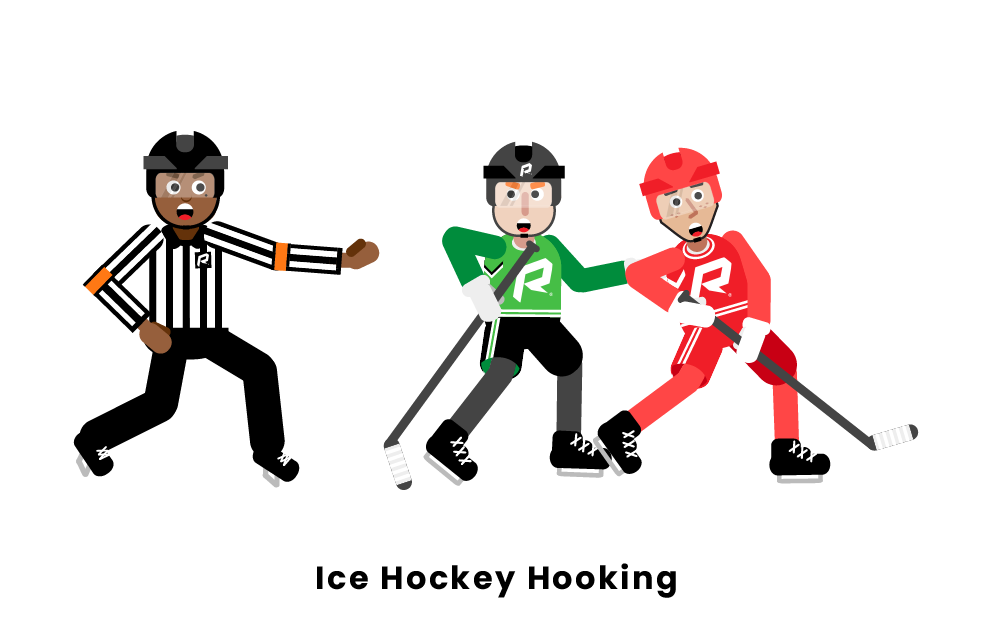 Hooking is a penalty in hockey that is committed when a player uses the blade of their stick to pull on an opponent’s body, restraining them or negatively affecting movement. Hooking is a restraining penalty, similar to holding and interference. A hooking penalty is typically punished by a minor penalty.

Hooking is a restraining penalty. It is very similar to holding; the major difference is that holding hands and other body parts are used to restrain an opponent, while the stick is used when hooking. Like other restraining penalties, hooking is punished by a minor penalty unless the foul is committed in a manner that recklessly endangers or injures the opponent. In those cases, it is punished by a major penalty plus a game misconduct penalty.

The result of a hooking penalty being called is a minor penalty assessed against the offender, who is then forced to serve a two-minute time penalty on the penalty bench. This result is the same in both amateur and professional leagues. USA Hockey and the NHL both punish violent hooking with a major penalty plus a game misconduct penalty. USA Hockey uniquely gives referees the option of assessing a match penalty for hooking committed with reckless endangerment. 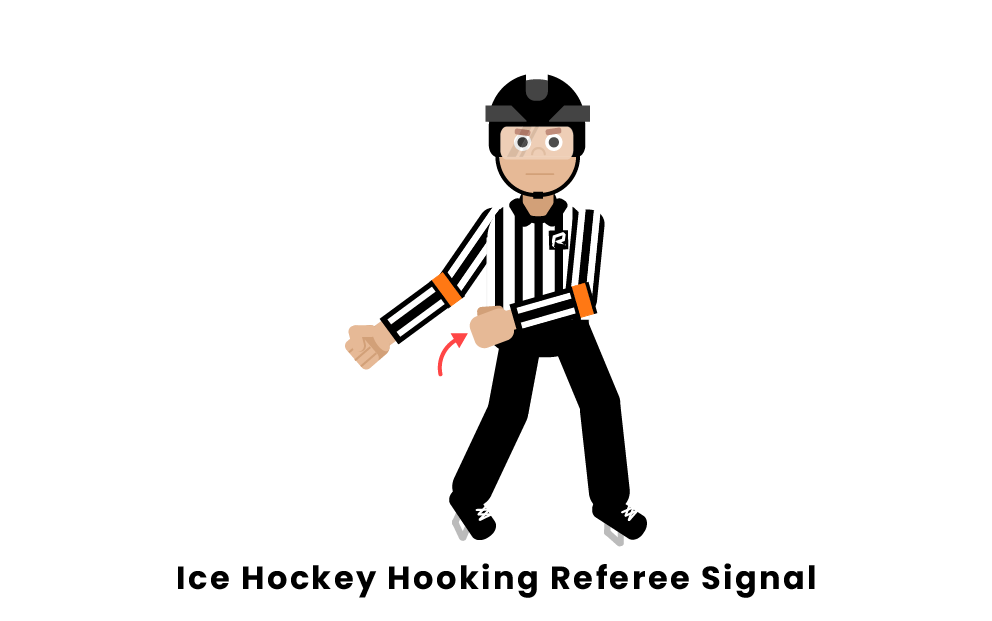 A referee will immediately whistle to stop play unless the penalty was committed by the defensive team, in which case they will wait until the next change of possession or stoppage. To signal that a hooking penalty has occurred, a referee will extend their arms to one side at the same height as their stomach, forming their hands into fists. Then they will move their hands inward toward their stomach, making a tugging motion as if pulling a hockey stick toward their body.

A hooking penalty in hockey is a minor penalty that is assessed when a player uses the blade of their stick to restrain or affect the movement of an opponent by making a pulling or tugging motion. Hooking may be called on any player, even goalkeepers, regardless of possession or location of the puck. Hooking is typically a minor penalty, but may result in more severe penalties if it is committed with excessive force or results in injury.

What is the punishment for hooking in hockey?

The punishment for hooking in hockey is a two-minute penalty, served by the offender on the penalty bench. During this time, the offender’s team will be shorthanded on the ice, and the opposing team will have a power-play advantage. The punishment for hooking an opponent with excessive force is a five-minute penalty; a referee may also choose ejection. Injuring an opponent while hooking is punished by an automatic ejection.

Is hooking a minor penalty in hockey?

In hockey, hooking is a minor penalty in most cases. However, contributing circumstances may occur during the foul, which could lead to a more severe penalty. For example, if the action of the penalty injures or recklessly endangers the opponent against whom it was committed, hooking is a major penalty plus a game misconduct penalty. A match penalty may also be assessed in the case of reckless endangerment if the referee determines it is appropriate.