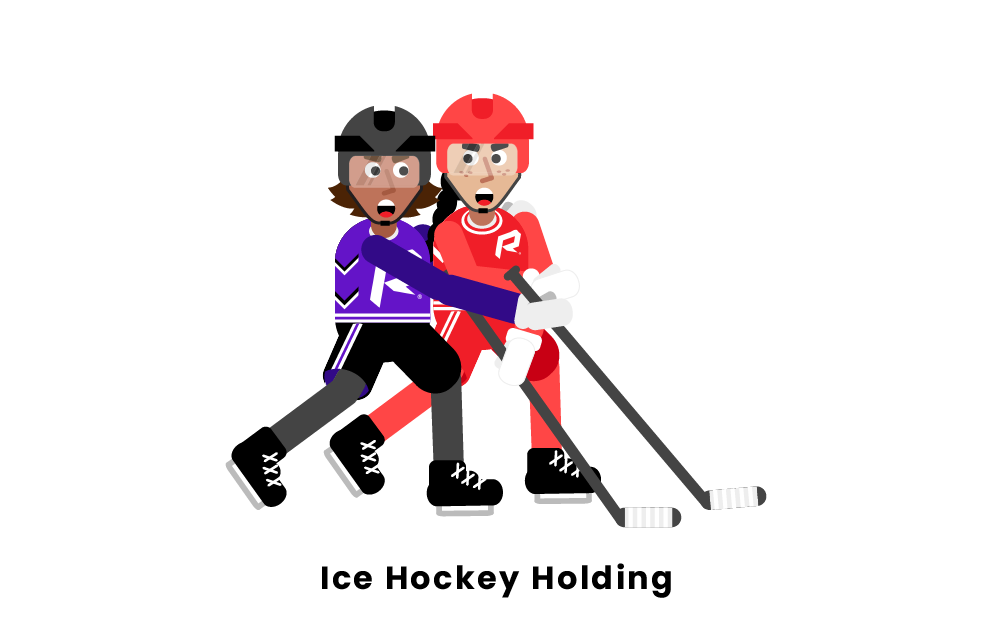 Holding is a penalty that is assessed when one player restrains or impedes the progress of an opponent by using their hands, arms, or legs. Holding happens regardless of which player is in possession of the puck. The result of committing this violation is a minor penalty being assessed to the offending skater.

Holding is a penalty in hockey that is committed by one player using a hand, arm, or leg to restrain or impede the progress of an opposing skater. This action of restraint or impedance can happen in several ways. A player may use one or both of their arms to pin an opponent against the edge of the rink. They may wrap both arms around an opponent in a hugging motion, preventing them from moving. Or, they may use the fingers of one or both hands to grab hold of and seize any part of an opponent’s body, helmet, uniform, or stick. When a holding penalty is committed by a player using their hand to grab and hold an opponent’s stick, the referee will announce the foul as “holding the stick.” However, holding the stick is still designated as a holding penalty. The punishment is the same as for a typical holding violation: a minor penalty resulting in a two-minute time penalty. Holding may be committed by any player, regardless of position or possession of the puck.

Some contact that restrains an opponent is permitted and will not incur a holding penalty. For example, players are allowed to briefly use an arm to block an opponent and create defensive distance in a maneuver called a strength move. A player may also use a limb to defend against an opponent’s stick, as long as the stick is immediately released.

The result of a holding violation is typically a minor penalty being assessed on the offending player. As a result of the minor penalty, that player must serve a two-minute time penalty in the penalty box. This result is the same between amateur and professional leagues. However, USA Hockey referees have the option of assessing a major penalty in addition to a misconduct penalty to a player who holds an opponent’s face mask. In the NHL, the grabbing of a face mask only results in a minor penalty. 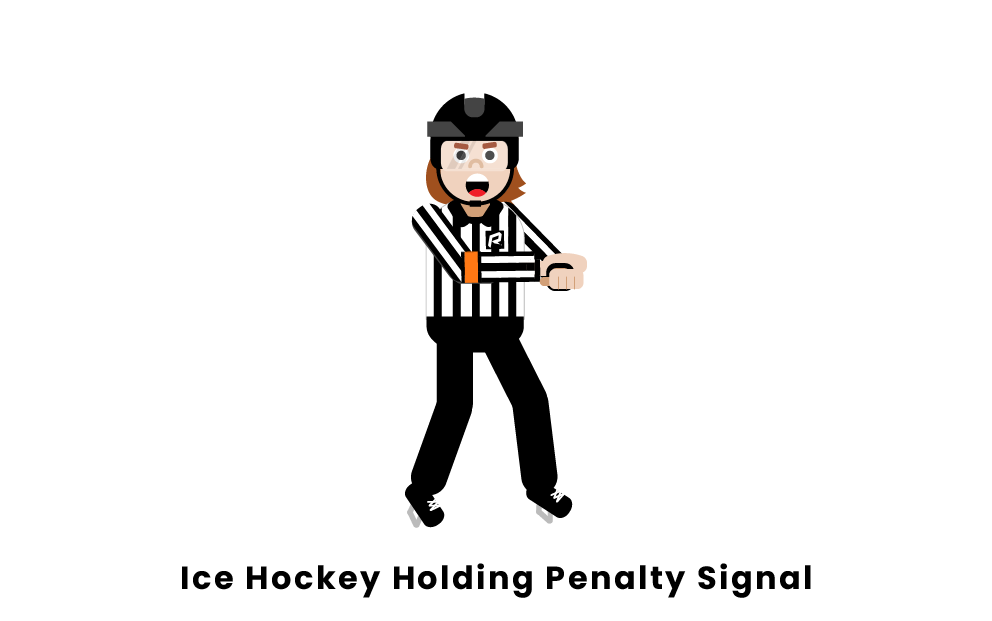 If the holding foul is committed by a player on the team currently in possession of the puck, a referee will immediately stop play by blowing their whistle. To indicate a holding foul, the referee will extend either arm in front of them at chest height, forming a fist with that hand. The other hand will be wrapped around the wrist of the extended arm. If the opposing team possesses the puck, a referee will signal a delayed penalty, then signal a holding penalty when the offending team touches the puck.

What is a holding penalty in hockey?

What is the punishment for holding in hockey?

The punishment for holding in hockey is typically a time penalty of two minutes, which must be fulfilled by the offending player sitting in the penalty box. During the two-minute time penalty, the offending team’s maximum number of skaters on the ice will be reduced by one (down to a minimum of four, including the goalkeeper). This situation creates an offensive advantage for the opposing team called a power play. More severe types of holding, such as those involving face masks, may be punished by longer time penalties.

Is holding a major penalty in hockey?

Holding is a minor penalty in hockey unless there are exacerbating circumstances, in which case other penalties, including a major penalty, will result. For example, if a player grabs another player’s face mask, a major penalty or match penalty may be assessed, especially if injury ensues. A holding penalty that results in a fight will also trigger additional major penalties to the guilty parties.