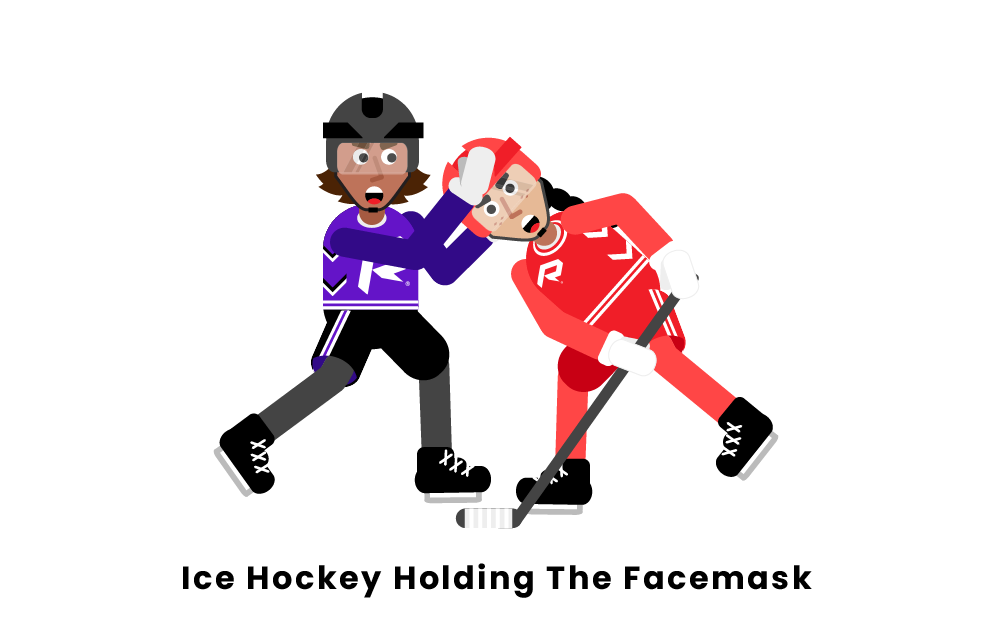 In ice hockey, players often come into physical contact with each other during matches, either by checking each other or grappling for control of the hockey puck. However, some forms of physical contact are prohibited in hockey, as they may allow one player an obvious advantage over another, impede a player from playing correctly, or even cause injury to a player. Grabbing and holding another player’s facemask is one of these illegal hockey moves and is grounds for a penalty in most hockey leagues. 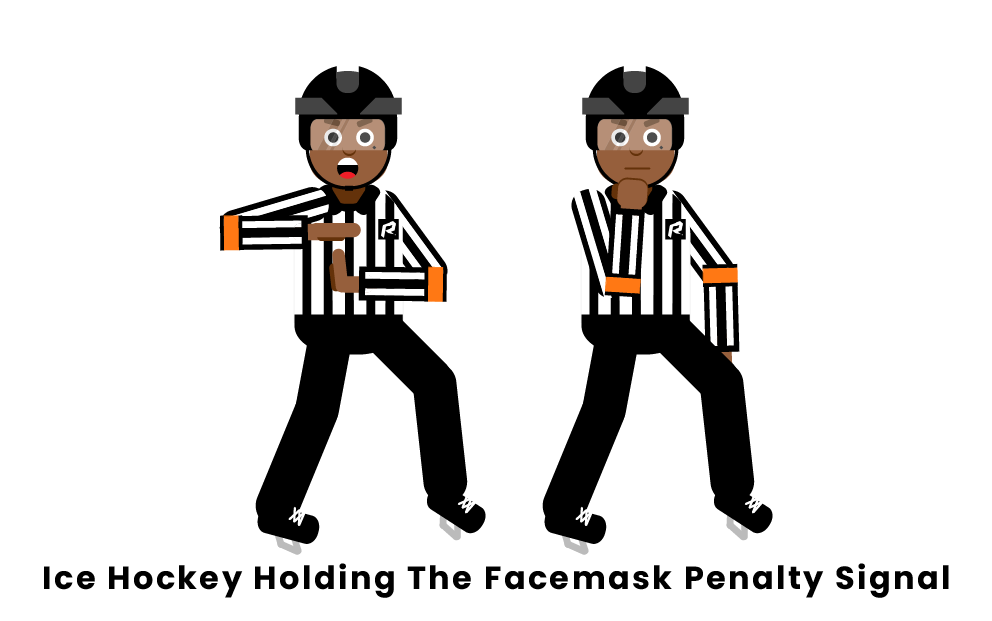 In hockey, there are various signals used for holding the facemask. In the NHL, because holding the facemask is considered an unsportsmanlike conduct foul, the signal used is that for unsportsmanlike conduct, which involves the referee making a “T” symbol with his hands. However, grabbing the facemask has its own signal in the NCAA and youth hockey leagues. This signal is similar to the signal for a facemask in American football, in which the referee uses a single or double fist to mimic the grasping and pulling down of a facemask.

Similar Penalties to Holding The Facemask

What is a holding the facemask penalty in hockey?

Holding the facemask is a penalty in ice hockey that occurs whenever a player uses their hands to push, grasp, or pull on another player’s facemask. This type of action not only impedes the other player from moving correctly but is also very dangerous, as it can cause injuries to the head or neck of the player whose mask is being grabbed. Therefore, holding the facemask is illegal in most hockey leagues and is subject to penalties such as unsportsmanlike conduct, minor and major penalties, and even ejection.

What are the consequences of being called for holding the facemask in hockey?

What are the different types of holding penalties in hockey?

There are various types of holding penalties in hockey aside from holding the facemask. Holding itself is a penalty in hockey, which is defined as any action by a player that restrains or impedes the progress of an opposing player whether or not he is in possession of the puck. Holding is usually a minor penalty in hockey. Another holding penalty is hooking, which is the act of using a hockey stick in a manner that enables a player to restrain an opponent. Hooking can be a minor or a major penalty.