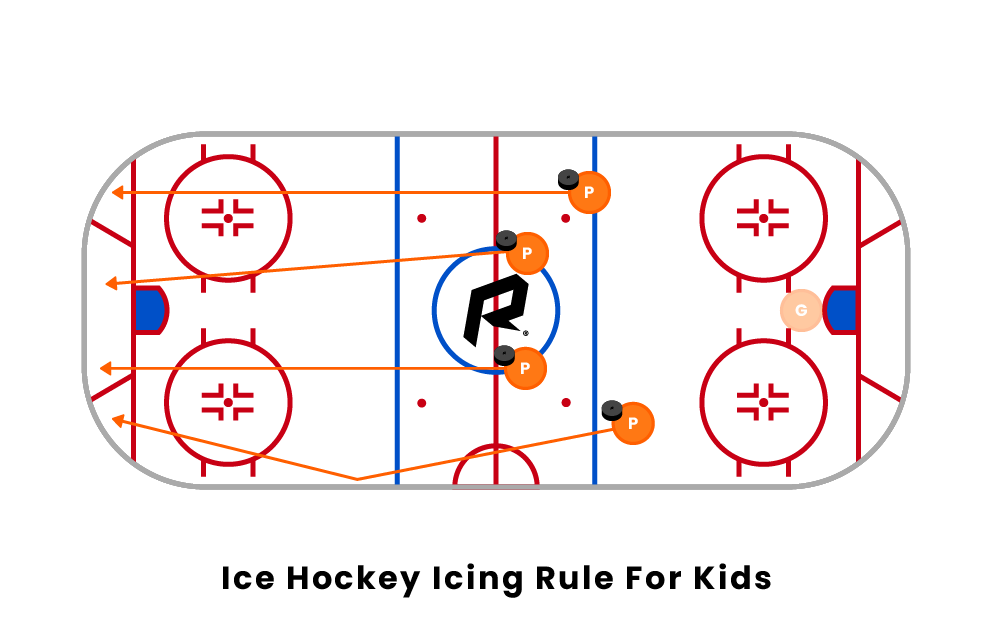 Icing in hockey causes a stop of play, and a new face-off. In order to get an icing call, a player must shoot the puck as hard as they can to the other side of the ice without the puck touching any other player. If the puck reaches the other team's goalline, and the player has dumped the puck from their own defensive side of the center red line, then an icing will be called.

Although some icings are by accident, some players purposely try to get icing calls in order to get a break during its stoppage of play. Icing's can also help players who are tired because they give them a chance to switch positions with one of their teammates on the bench. In special situations, like a penalty kill, players on the defensive team are allowed to ice the puck with no penalty, or stoppage of play.

What is an offsides in hockey?

What happens when one player trips another in hockey?

When one player trips another player, they will get a penalty for "tripping". Tripping is when one player purposely uses their hockey stick or body to make another player lose their balance and fall down. Although only considered a minor penalty, the player who has been called for tripping must sit in the penalty box for two minutes. This means that their team will be on penalty kill with only four skaters on the ice. The only way for the team to get back to full strength before the two minutes are up is if the team with five players scores a goal.

What is the main difference between minor and major penalties in hockey?

The main difference between minor and major penalties in hockey is the amount of time spent in the penalty box. For a minor penalty a player will sit in the box for about two minutes, and can come out early if the other team scores within that amount of time. With major penalties however, the player will sit in the penalty box for five minutes, and if the other team scores, they will remain in the box and their team must continue playing at a disadvantage with only four skaters. Some major penalties include boarding, slashing, and fighting.

What Is Center Ice In Hockey?Top 10 College Hockey JerseysHockey Equipment
What Is A Hat Trick In Hockey?Hockey TimeoutsWhat Does A Wing Do In Hockey?
Hockey Offsides Rule For KidsWhat Is The Challenge Cup In Hockey?5 Most Common Ice Hockey Injuries