Has Any NHL Team Ever Forfeited A Game? 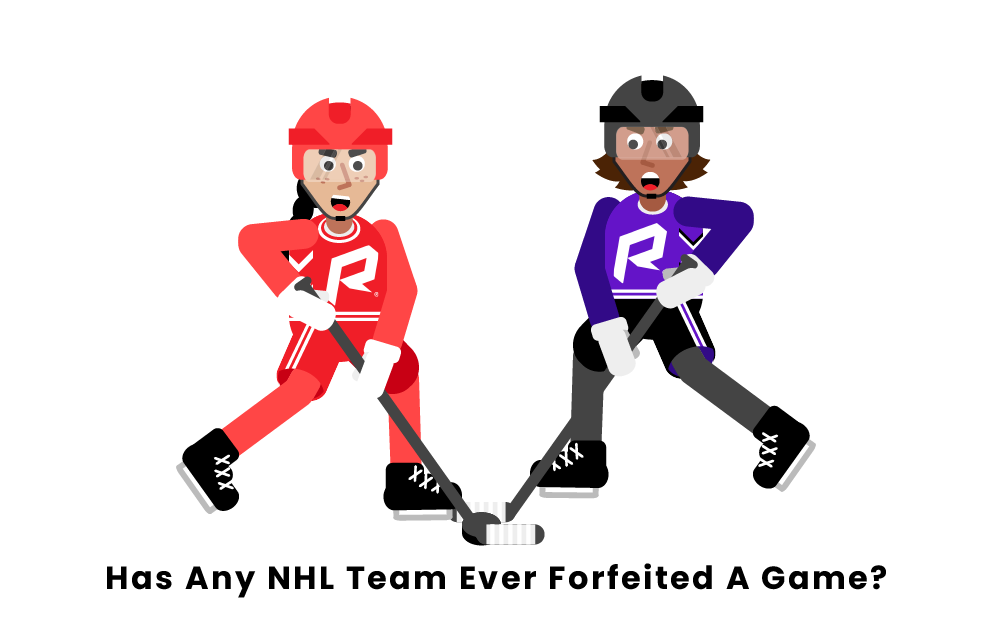 According to Rule 66 of the National Hockey League (NHL) Rulebook, it is possible for any team to forfeit a game if they fail to follow certain rules, but has this ever happened in the history of the NHL, and if so, what caused it? As it turns out, there have only been two instances where an NHL team forfeited a game in the history of the league, both of which coincidentally involved teams from Montreal, Canada. Here, we take a look at the NHL rules regarding forfeited games, and then we examine these two memorable forfeitures.

As with many professional sports leagues, the NHL addresses the possibility of forfeiting a game in its official rulebook and discusses what circumstances might lead up to forfeiture. As stated in Rule 66 of the NHL Rulebook, any club may automatically forfeit a game if it fails to adhere to the laws of the league in any way that affects the playing of the game in question. If such noncompliance occurs, the game referee may prevent the game from occurring at the request of the NHL Commissioner until the offending team ends the offending behavior. If the behavior persists, the Commissioner or his representative may give the referee permission to announce that the game has been forfeited, with the victory going to the other team. If both teams are part of the offending activity, the forfeited game is counted as a victory for the visiting team.

With this basic understanding of forfeiture, we can now take a look at the two famous instances of forfeited games in NHL history, the first being the intentional forfeits of the Montreal Wanderers and the second being the infamous Richard Riot of 1955, involving the Montreal Canadiens.

The Montreal Wanderers were one of many teams from Montreal to play in the NHL during the early 1900s, and while they were initially a successful team, even winning four Stanley Cups, they are likely more well-known for the infamous forfeited games of their abysmal 1917-1918 season. This season was the Wanderers’ first in the NHL, and the team only ended up playing four games in the entire season, losing three of them. On January 2, 1918, the Wanderers were scheduled to play their fifth game of the season against another team from Montreal, the Canadiens. However, mere hours before the game began, a fire began above one of the locker rooms in the Wanderers’ home stadium, the Montreal Arena. Within minutes, the entire stadium was ablaze, and though there was only one injury and no deaths, the entire arena burned to the ground.

As a result of the disastrous fire, the Wanderers were unable to play any more home games in the 1917-1918 season. The fire resulted in their game against the Canadiens being forfeited, and the NHL even forfeited the following game as well, in which the Wanderers had been set to play the Toronto Arena. Toronto, however, was not content with being awarded a forfeiture, and though the Wanderers never showed up to play their game, Toronto did, taking to their home stadium with one side of the rink completely empty and scoring a goal to “win” the forfeited game 1-0. The sad end of the Montreal Wanderers’ arena spelled the death of not only their season but their franchise as well, as they disbanded soon afterward.

By far, the most infamous case of a forfeited game in NHL history was the Richard Riot of 1955, an event that involved a dispute between the Montreal Canadiens and the Boston Bruins. In 1955, the Canadiens were one of the star teams in the NHL, and their best player was inarguably Maurice Richard, who was considered by many to be the greatest hockey player of the time. In 1945, Richard had made history by becoming the first hockey player to score 50 goals in a single season, and he was routinely offered high salaries to transfer to other teams, such as one offer of $1 million made by the Toronto Maple Leafs.

The events leading up to the Richard Riot began on March 13, 1955, during a game between the Canadiens and the Boston Bruins. During the game, Maurice Richard was confronted by one of his bitter rivals from Boston, Hal Laycoe, whom he had had many incidents with. Laycoe got into a tussle with Richard, committing a high stick foul that left Richard with a cut on his head. Immediately, a fight broke out, and in the chaotic melee that followed, Richard struck Laycoe in the back with his stick so hard that the stick broke. As the fight continued, Richard was restrained by one of the game officials, Cliff Thompson, and though both sides have different stories as to how it happened, the restraint ended with Richard striking Thompson in the face.

The assault on a game official infuriated NHL President Clarence Campbell, and as a result of Richard’s brazen behavior, Campbell and the NHL authorities suspended him for the final three games of the season, and for the entirety of the Stanley Cup playoffs. The decision outraged Montreal’s fans, who believed that Richard was being personally targeted by Campbell, while Laycoe received little punishment.

The anger culminated at the Canadiens’ next game: a game against the Detroit Red Wings on March 17, 1955, hosted in Montreal. That day, Clarence Campbell actually appeared at the game, as he had been scheduled to, further provoking the ire of Canadiens fans. During the game in which Montreal was losing 4-1, fans began to hurl garbage and fruit in Campbell’s direction, with one fan even going directly up to the President to rub a tomato on him. Minutes later, what appeared to be a homemade explosive filled with tear gas detonated inside the stadium. Chaos erupted, and as the stadium emptied, a massive riot began to unfold in the streets outside, lasting for many hours and resulting in numerous cars being overturned, windows being smashed, and even gunshots. In total, 137 people were arrested for rioting, and the mayhem was only calmed down after much of the night had gone by, when Maurice Richard himself went on television and the radio to demand that his fans settle down. As a result of the riot, the game against the Red Wings was forfeited, and the NHL began to implement new rules regarding brawls. Richard ultimately accepted his suspension, but his name would go down in history for the carnage his punishment unleashed.

While the NHL may not be known for the number of forfeited games in its history, the two instances that did result in defaulted games are extremely memorable. Whether it is the Wanderers’ string of misfortunes or the unmatchable chaos of the Richard Riot, NHL fans will never have a lack of things to talk about when it comes to the history of forfeited games in their sport.

Pages Related to Has Any NHL Team Ever Forfeited A Game?