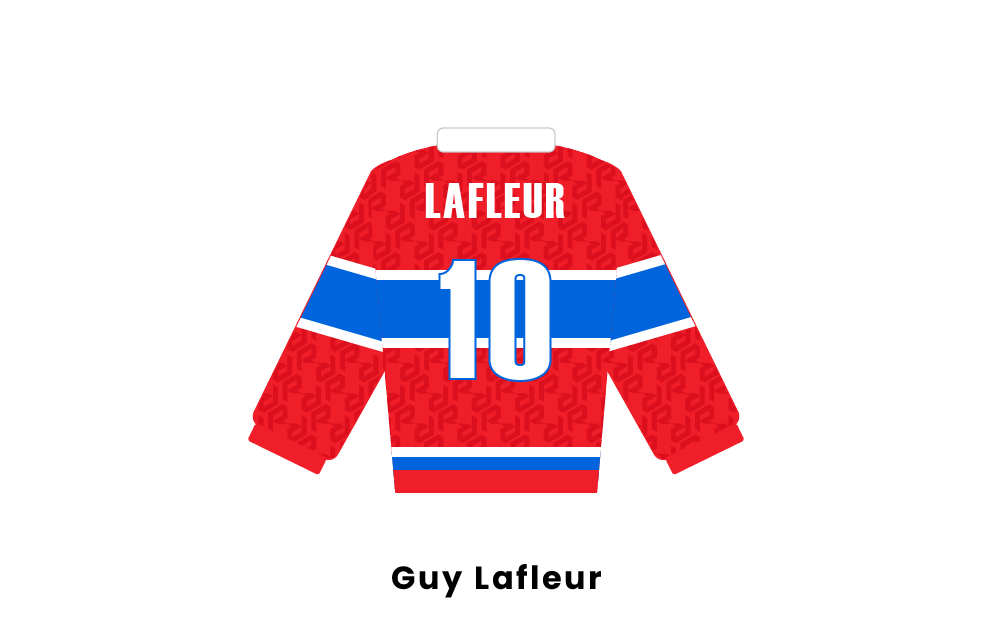 Guy Lafleur was a generational hockey player who spent almost all his NHL career with the Montreal Canadiens. Lafleur played 17 NHL seasons, from 1971-1972 to 1990-1991. After his first 14 seasons, each of which he spent with Montreal, he took three years off from hockey. When he returned, LaFleur joined the New York Rangers. Then, after just a season in New York, Lafleur went to the Quebec Nordiques. Lafleur finished his career with the Nordiques, playing two seasons in Quebec.

Lafleur finishing his career in Quebec was fitting, as that’s where he was born. After retiring from hockey, Lafleur stayed busy: he worked as a helicopter pilot, an air force colonel, and a restaurant owner. Lafleur struggled with health issues late in life, including various cancers, and eventually passed away in 2022 at the age of 70.

Guy Lafleur is believed to have a net worth of approximately $10 million, thanks to his long NHL career. He made the bulk of his money from playing hockey, as he spent 17 seasons in the NHL. However, LaFleur also had many business ventures outside of hockey.

Lafleur was a licensed helicopter pilot and was part owner of a helicopter transportation company. In the 1990s, he had a brand of juice called “Flower Power,” a play on his nickname “The Flower.” Lafleur also owned many restaurants, including "Guy Lafleur Mikes Signature" and "Bleu, Blanc, Rouge!" Lastly, Lafleur also served as an honorary colonel of an air force unit in Quebec.

Guy Lafleur played 17 NHL seasons from 1971-1972 to 1990-1991. Lafleur, or “The Flower,” played for three teams during his career: the Montreal Canadiens, the New York Rangers, and the Quebec Nordiques. Lafleur spent by far the most time with Montreal: he spent 14 seasons with the Canadiens, one with New York, and two with Quebec.

Lafleur was a powerhouse offensively and was included as part of the NHL 100, which honored the best 100 NHL players of all time. Lafleur’s play style revolved around scoring goals, and he had a lot of success doing so: Lafleur was the first NHL player to score 50 goals in six consecutive seasons. He also had at least 100 points in each of those six seasons, which also made him the first player to score 100 points in six straight seasons. Lafleur won five Stanley Cups, all with the Canadiens.

The Ted Lindsay Award is given to the player voted to be most outstanding by other NHL players. Lafleur won this honorable award in each of the three seasons he won the Art Ross trophy.

The Hart Memorial trophy is similar to the Ted Lindsay, but it is voted on by professional hockey writers rather than fellow players. Lafleur won the Hart in 1976-1977, and 1977-1978.

The Conn Smythe Trophy is awarded to the playoff MVP, and Lafleur won this title in 1976-1977. That was a banner year for Lafleur, as he scored the most points of his career and won the Art Ross, Ted Lindsay, Hart Memorial, Stanley Cup, and Conn Smythe trophy that year!

Lafleur’s love for hockey began at a young age. As a five year old, Lafleur received a pair of skates and a hockey stick for Christmas. He instantly took to the sport; it helped that his father built him a backyard hockey rink every year. Neighborhood boys would come over to use the rink, and Lafleur’s father allowed them to so long as they included Guy in their games. This gave Lafleur a chance to play against older opponents from a young age.

Lafleur was so passionate about hockey that he often slept in his equipment. He played three times a day: before school, during recess, and after school.

In 1973, Guy Lafleur married his wife, Lise. He spent the rest of his life with Lise before passing away in 2022.

Guy Lafleur passed away on April 22, 2022. Lafleur struggled with many health issues late in life, starting in 2019. Lafleur had open heart surgery with five bypasses. He struggled with cancer, having a cancerous lobe removed from his left lung in November 2019 before being diagnosed with cancer in his other lung as well, in 2020. He ultimately passed away in 2022, just a week after fellow hockey legend Mike Bossy.

Guy Lafleur and Maurice Richard missed one another by 11 years: Richard retired following the 1959-60 season, while Lafleur was a rookie in 1971-72. In the years following Richard’s retirement, Richard worked as an executive member of the organization. However, he resigned from this role years before Lafleur came around because he felt the organization did not take his advice seriously.

How do you pronounce “Guy?”

Guy Lafleur’s first name is pronounced “gi.” Some fans mistakenly pronounce the name how it is spelled, like the word “guy” in English. However, Lafleur used the French pronunciation for his name, being “gi”. The name itself is derived from the Italian name “Guido.” The name dates back to 1066, following the Norman conquest of England.