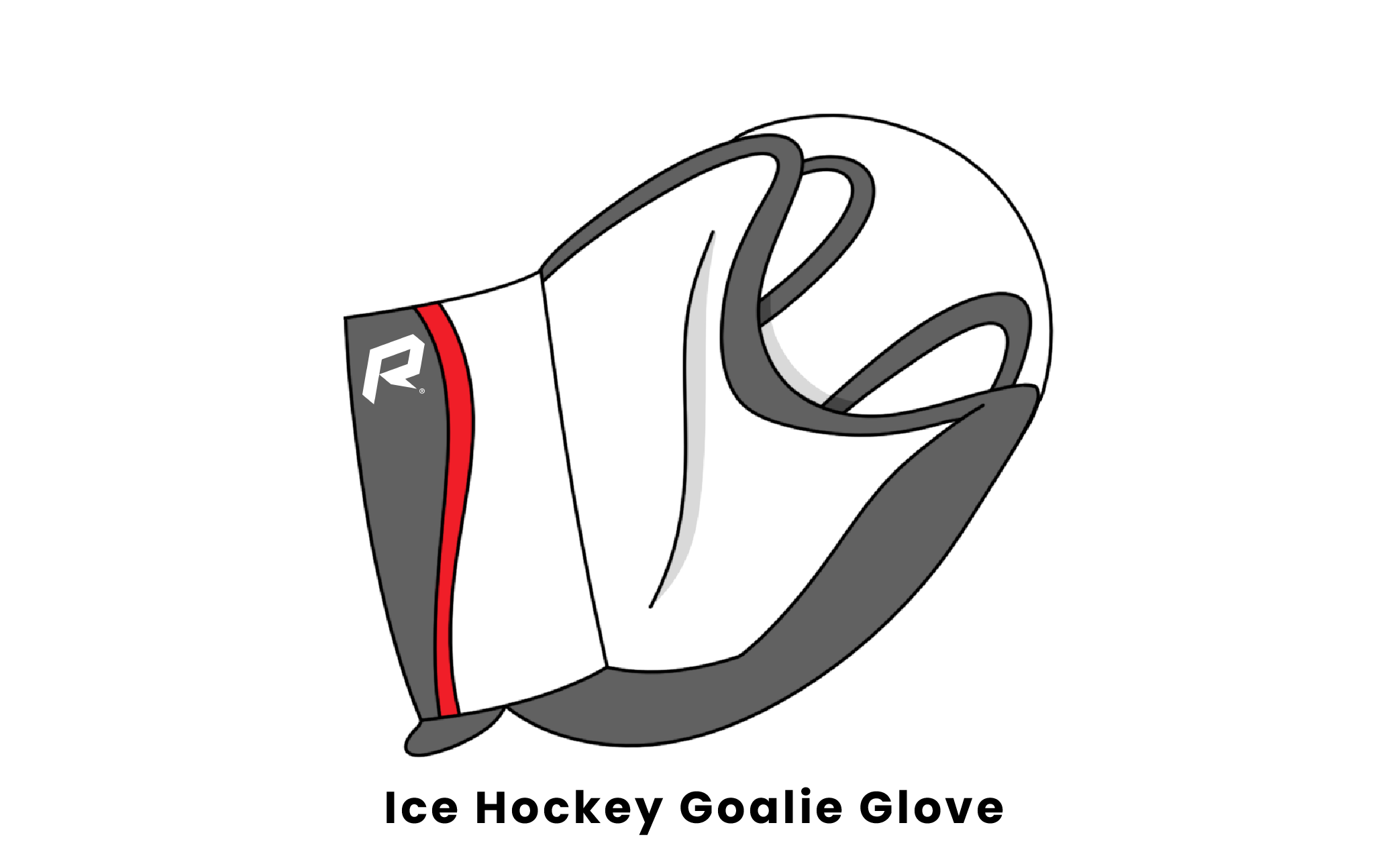 Goalies gloves are unique and offer different uses than traditional hockey gloves. While they come in a few different variations, every goalie in ice hockey will wear one of these gloves. There is a lot to learn about the different types of goalie gloves.

What is a goalie glove used for in ice hockey?

Goalie gloves look more like baseball gloves than regular ice hockey gloves. They feature a padded cuff near the wrist and webbing in between the thumb and the rest of the fingers. The main purpose of goalie gloves is to catch the puck and stop it from entering the net. This allows the goalie to control the puck when it is shot at them rather than having it deflect off a pad.

Regardless of the dominant hand, most goalies block and hold their stick in their right hand and catch with their glove on the left hand. Some left-handed goalkeepers may prefer to hold their stick in the dominant hand, making their right hand the glove side. It ultimately comes down to preference and whatever the goalie feels more comfortable with.

When looking for a goalie glove, you'll want to consider the following: 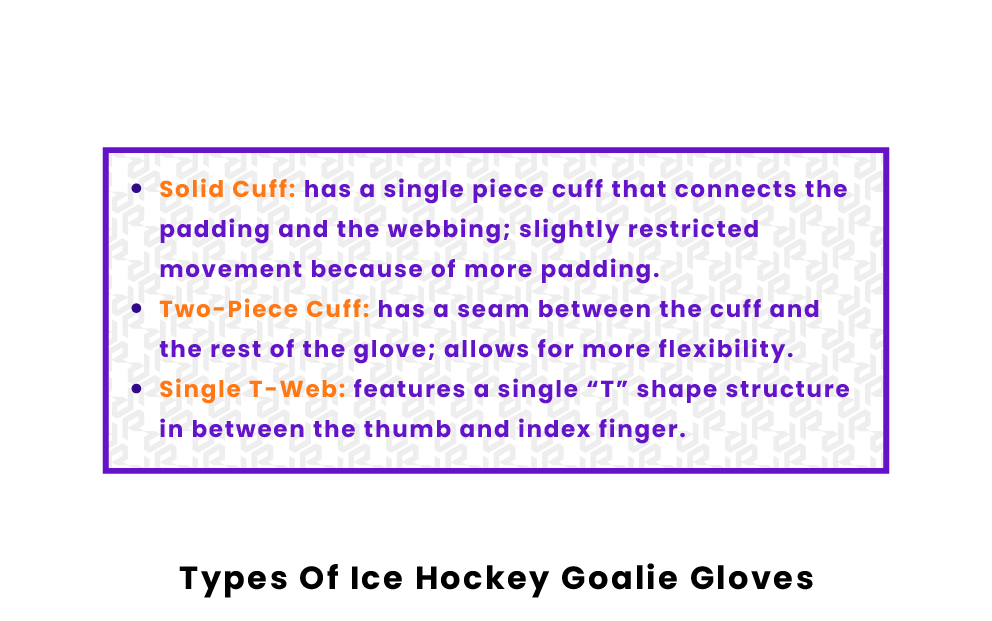 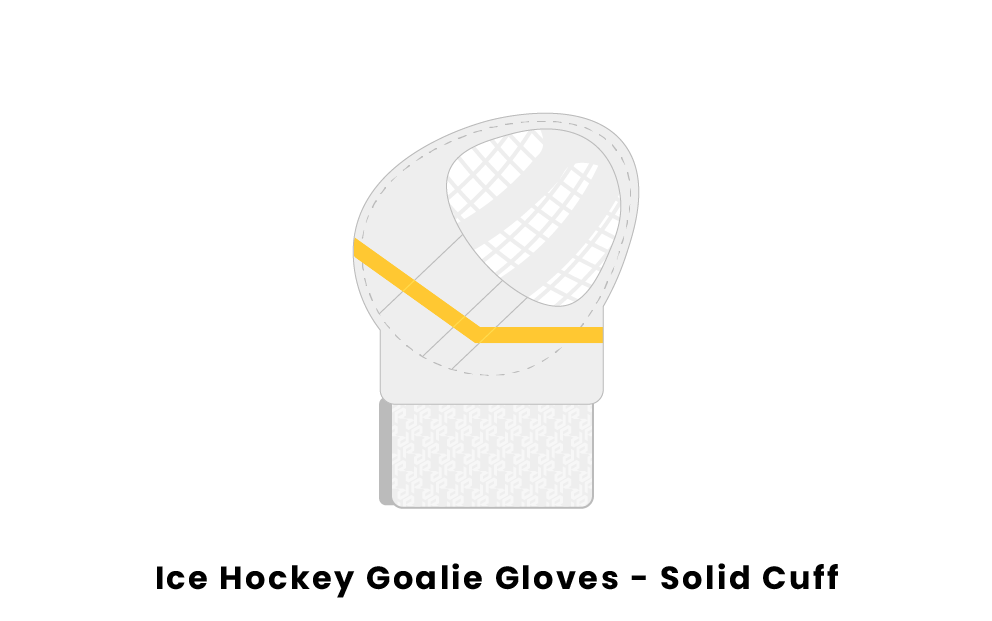 Solid cuff gloves have a single piece cuff that connects the padding and the webbing. These gloves have slightly restricted movement but offer more padding than two-piece cuffs. Also, the solid cuff makes deflecting the puck more predictable and creates a better blocking surface. 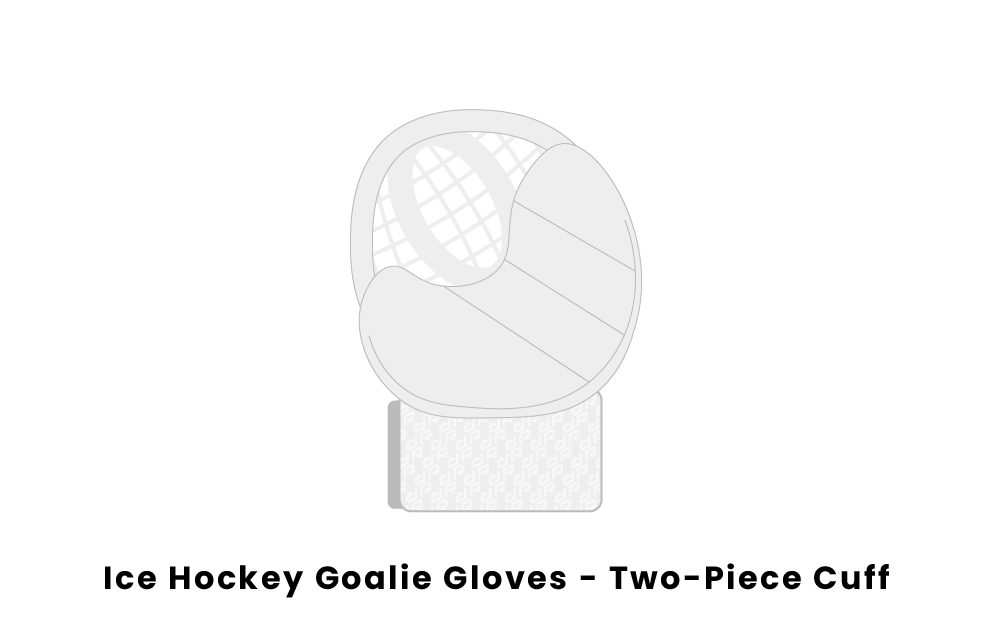 Two-piece cuffs are more common nowadays than solid cuffs. Unlike solid cuffs, they have a seam between the cuff and the rest of the glove. This allows for more flexibility when catching a shot or when using the stick to pass. 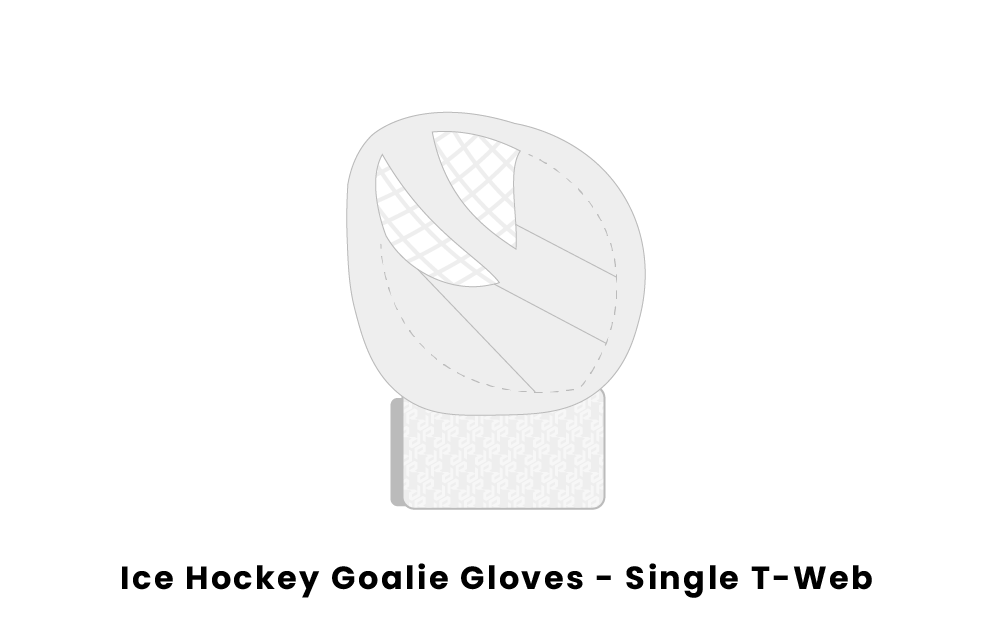 Single t-web gloves are more traditional than double t-web gloves. These goalie gloves feature a single “T” shape structure in between the thumb and index finger. The web stitching fills in the gaps made by the “T”. This style is more impactful and alerts the goalie that the puck is in the glove. 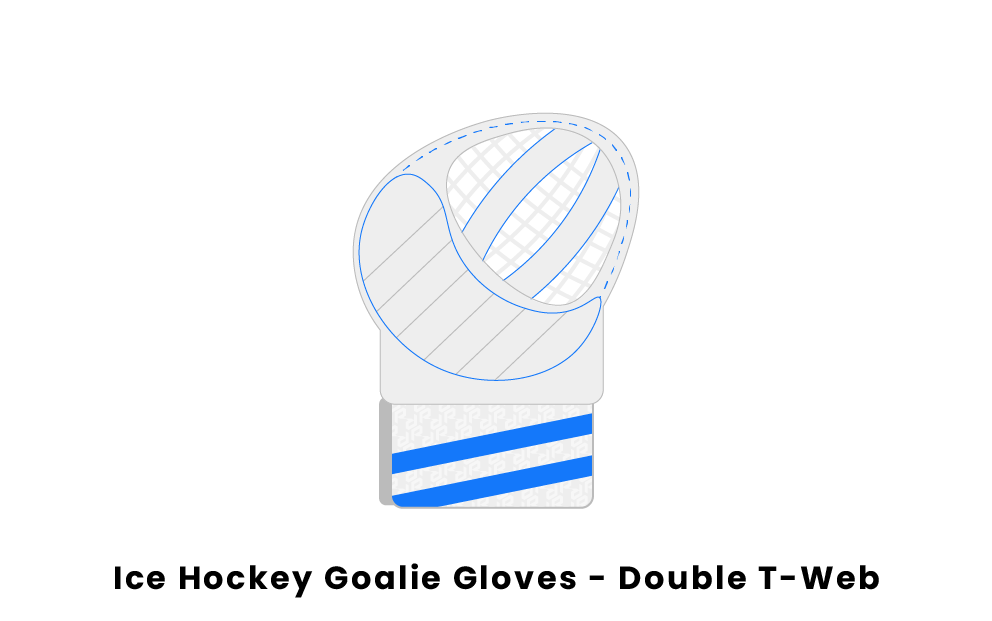 As opposed to the single t-web gloves, double t-web gloves have two “T” shaped support pieces in the webbing. This is a more modern design of the goalie glove and the double “T” shape allows for the pockets to expand slightly deeper. This is better for stopping the puck’s rotation when hitting the gloves and tends to keep the puck in the webbing more often.

The most popular brands that produce hockey goalie gloves are Bauer, Brians, and Vaughn

When deciding which goalie glove to buy, always consider the durability, cost, and sizes.

Goalie gloves can usually last a few years if taken care of properly. They are mostly made of high quality synthetic leathers which will be more durable than regular hockey gloves. The webbing can sometimes give out over time, but that can easily be fixed rather than replacing the whole glove.

Goalie gloves are usually pretty expensive. While some youth gloves or gloves targeted towards recreational players can be found for under $150, most high quality goalie gloves will cost anywhere from $350 to $550. While this might seem like a lot, they usually need to be replaced less than regular hockey gloves and tend to have much more advanced features.

Goalie gloves come in 4 different sizes: youth, junior, intermediate, and senior. Each different category will fit a range of different hand sizes. To find the correct size, measure the tip of your middle finger down to the base of your palm. Most companies will have size charts that correlate to your exact measurement.

How much does a goalie glove cost?

Goalie gloves are typically very expensive. If you are a recreational hockey player, you can usually find goalie gloves for around $100 to $200. Higher end gloves made for competitive use can often be found for $550 or less. Senior gloves tend to be the most expensive size.

What are the different kinds of goalie gloves?

What gloves do NHL goalies use?