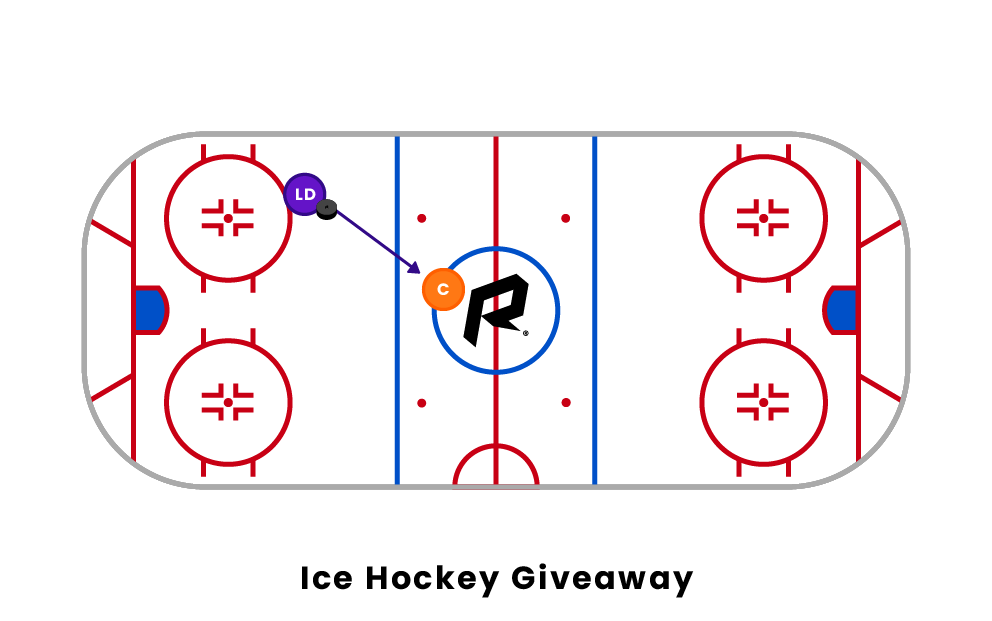 Many hockey managers will stress the importance of limiting giveaways in each match. Giveaways within one of the teams' defending zones are one of the many ways a number of hockey goals are created. These dangerous turnovers often happen when the defense is out of position and the goalie is partially unprotected. Hockey players practice passing to limit the number of these types of giveaways.

What is a takeaway in hockey?

A takeaway in hockey is when the defending team is the direct cause of a turnover of the puck during a match. Takeaways are a key statistic when determining the pressure a defense is creating. Turnovers may play a key role in the overall outcome of a given game.

What is a hit in hockey?

There are many types of hits in hockey, some legal and other illegal. Examples of legal hits are body checks leading with the shoulder or hip. There are many illegal body checks including charging and crosschecking. These hits will result in a player spending time in the penalty box.

What is cross checking in hockey?

Cross checking in hockey is an illegal check that involves a player using the shaft of their stick to illegally hit an opponent. These penalties are dangerous and will result in a player spending time in the penalty box for a 2 minute minor penalty. Other more severe cross checks will result in major penalties with 5 minute penalty serving time. In rare cases, cross checking results in a game misconduct penalty.