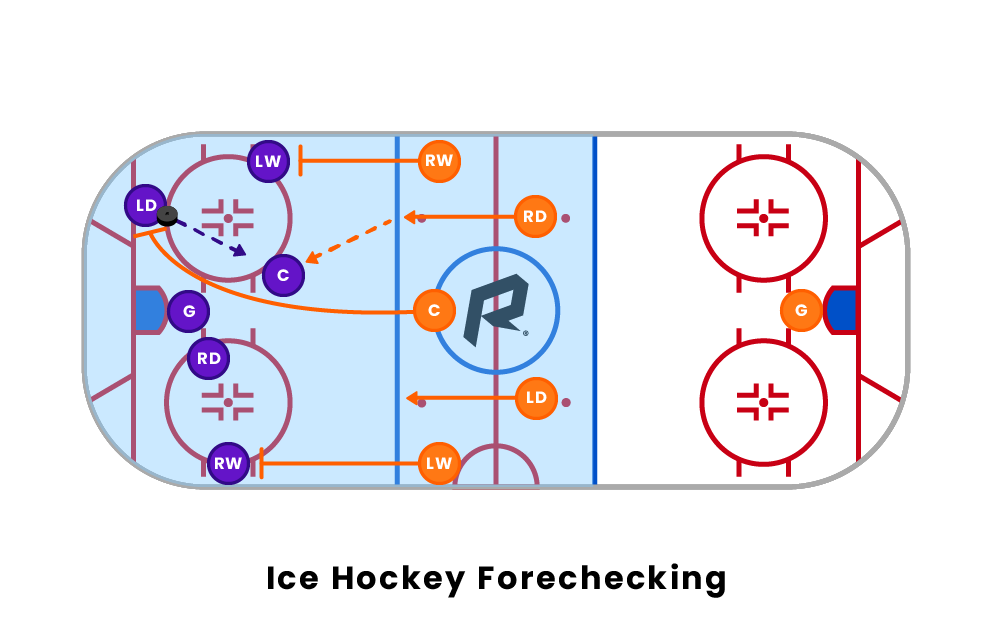 Forechecking is a defensive scheme designed to pressure the opposing team in the offensive zone. Most teams will not forecheck for an entire game, but will implement the strategy depending on in-game situations. There are several different forechecking formations that are designed to trap or slow down an opponent's progress on offense. 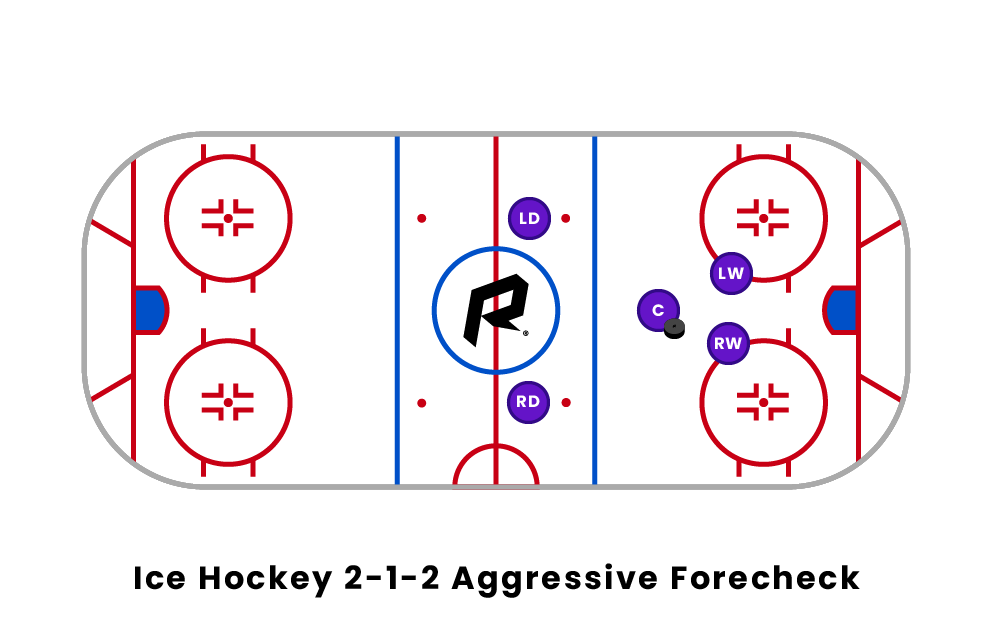 In the 2-1-2 set, the high forwards will press hard and aggressively push opposing players toward the boards. The third forward remains in the slot and will help trap opposing players. The two defenseman support the forwards and pinch in. The goal of this system is to pin the offense, and not let them exit the offensive zone. 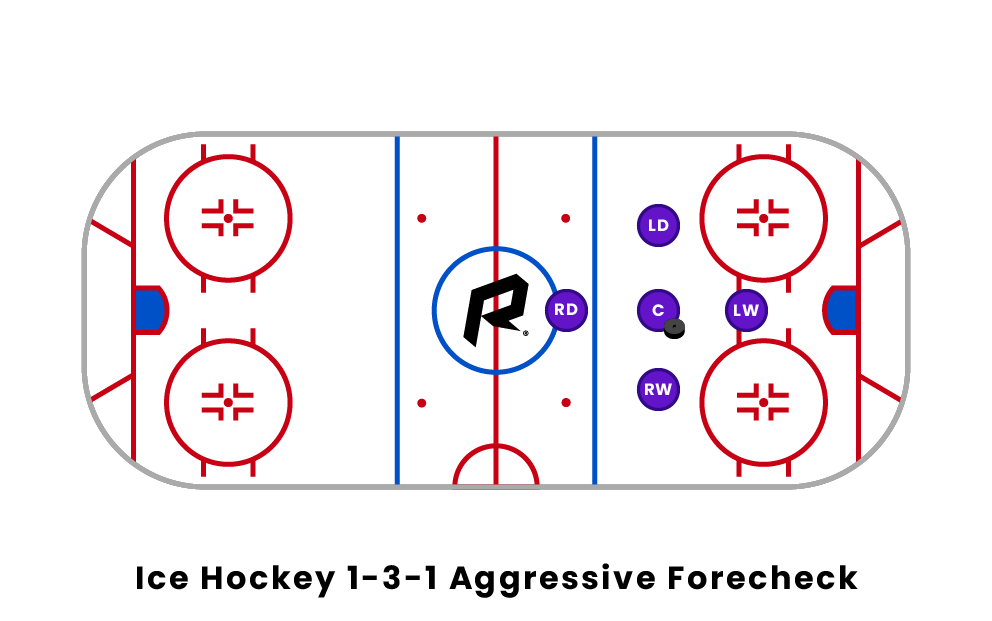 The 1-3-1 is designed to push the puck towards the boards where two forecheckers will trap the puck carrier. This type of forecheck is only successful when the defensive team outnumbers the offense in the zone. The 1-3-1 requires four players to forecheck, while one defenseman stays above the offensive zone and acts as a safety support. 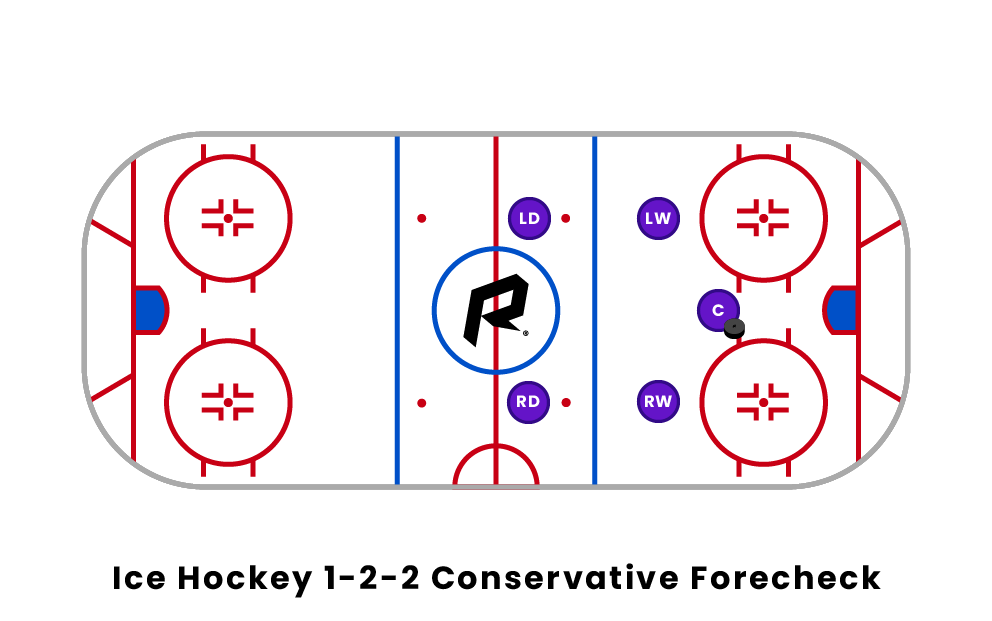 The 1-2-2 formation is designed to flush an offensive team away from center ice. In this formation, three forwards are in the offensive zone and a single high forward presses the puck. The two defenders remain back in the neutral zone. Most teams will implement this form of forechecking when they are ahead to waste the clock and make it harder on the opposition to advance the puck. 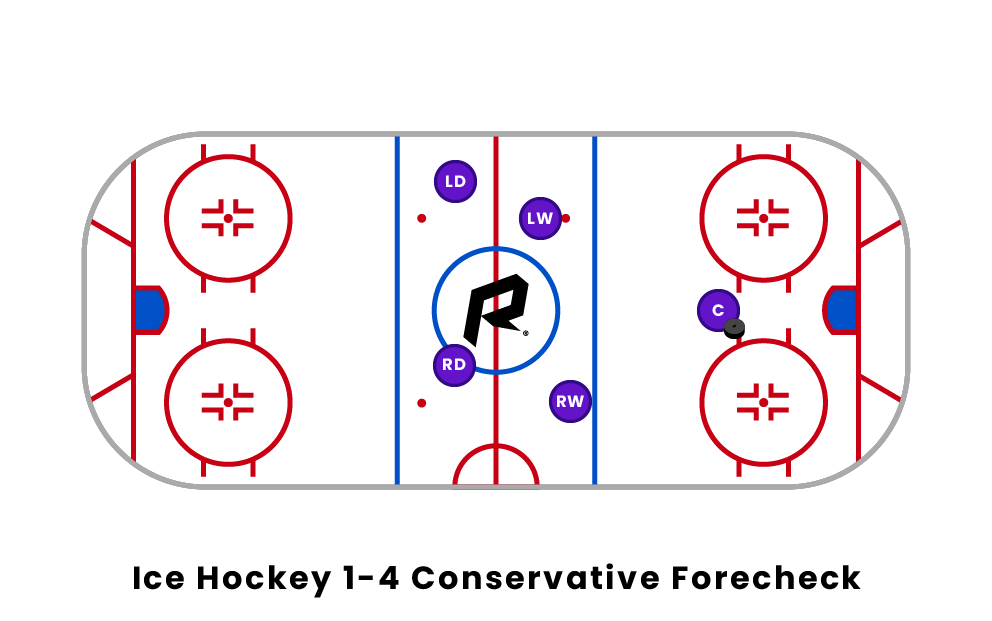 1-4 forecheck formation involves four players standing in the neutral zone, while one forward pressures inside the offensive zone. This conservative forecheck is a bend don't break system that is designed to apply pressure, but eliminate breakaway plays toward the goaltender. When the offense advances the puck into the neutral zone, the four defenders will trap the puck and disrupt passing lanes.

What is forechecking and backchecking in hockey?

Forechecking is when the defensive team pressures the opposing team inside the offensive zone. Forechecking involves the forwards playing aggressive defense to try and create a turnover near the opposing goal. Backchecking is when the defensive team retreats quickly to protect their defensive zone. Backchecking is the counter result of a forecheck. If the offense breaks the forecheck, the pressing forwards must hustle back in order to eliminate easy scoring chances.

What does F1 mean in hockey?

What is the offensive zone in hockey?