Hockey Falling On Puck In The Crease Penalty 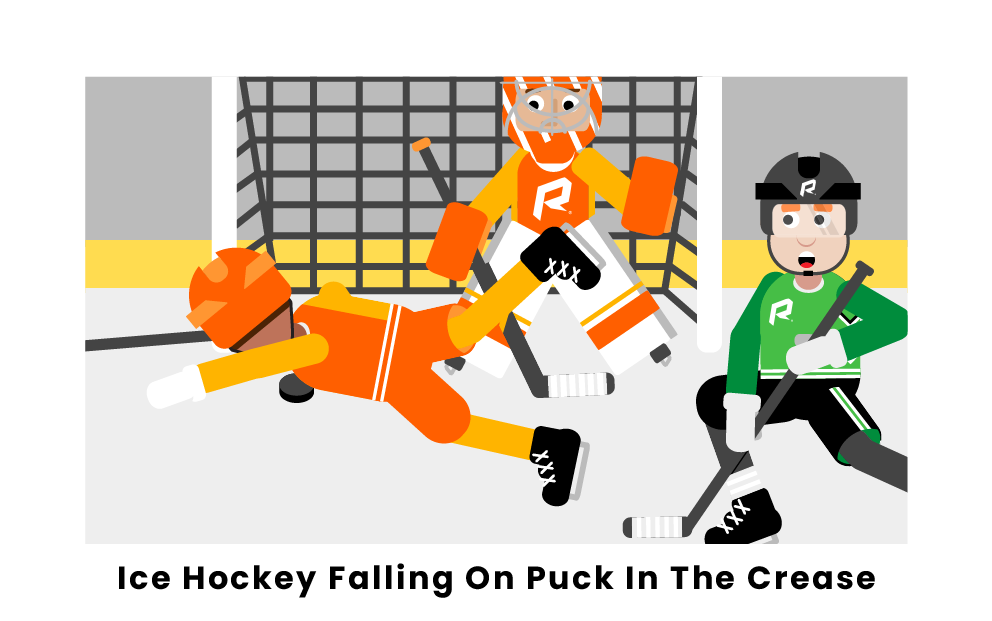 Falling on the puck in the crease is a hockey penalty that happens when a skater defending their goal purposely smothers the puck within the blue-painted area known as the crease. This action forces play to stop, which prevents the opponent from scoring.

The referee will only call this penalty if the puck was in the crease at the time the player covered it. This means if a player’s momentum carried them into the crease, this penalty doesn’t apply. However, this is a separate minor penalty called “covering the puck.” If a player is in the crease and the puck ends up underneath them, but there was no deliberate attempt to smother the puck, no penalty will be assessed.

In most instances, players resort to covering the puck as a last-ditch effort to save a goal. This means players usually do this purposefully, but since they’re preventing a goal from being scored, they often disregard the consequences of covering the puck. In fact, it can be seen as the “correct” play if the player’s only way to stop the goal from being scored was to cover up the puck.

In most, if not all, hockey leagues, the default result of this penalty is a penalty shot. However, there are some nuances depending on the leagues.

USA Hockey states, if there was a high likelihood for the goal to be scored if the player had not covered up the puck in the crease, then a goal is awarded to the non-infracting team without the need for a penalty shot.

A rule that applies to most hockey leagues involves the special case in which the goalie has been pulled from the game. If a player commits this penalty when their team’s goalie isn’t on the ice, a goal is awarded instead of a penalty shot. 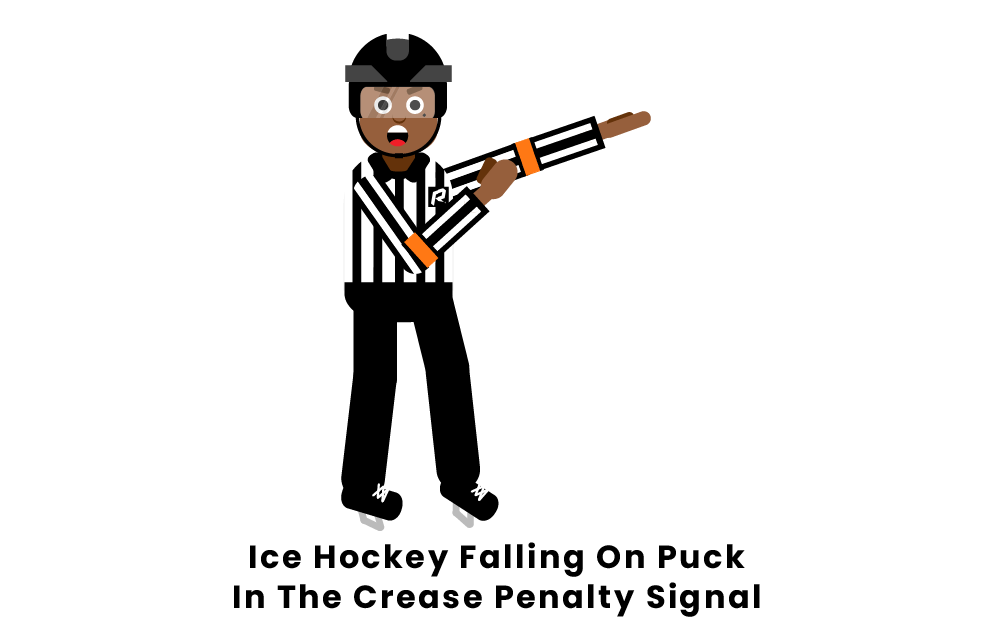 There is no specific referee signal for falling on the puck in the crease. Rather, when a player intentionally covers up the puck in the crease, the referee must immediately stop play by blowing their whistle. From there, the ref indicates a penalty shot by pointing their non-whistle arm towards center ice from where they’re standing.

Similar Infractions to a Falling On Puck In The Crease

What is a falling on puck in the crease penalty in hockey?

What are the consequences of being called for a falling on puck in the crease penalty in hockey?

There are two possible consequences for a falling on puck in the crease penalty: a penalty shot or awarded goal. The general rule of thumb is that if there’s a goalie in the net when the infraction is committed, a penalty shot is awarded to the non-offending team. If there’s no goalie in the net, then a goal is awarded. USA Hockey also states that if there was a very high chance of a goal being scored before the penalty occurred, then a goal is awarded.

Can players other than the goalie enter the crease in hockey?

Pages Related to Hockey Falling On Puck In The Crease Penalty