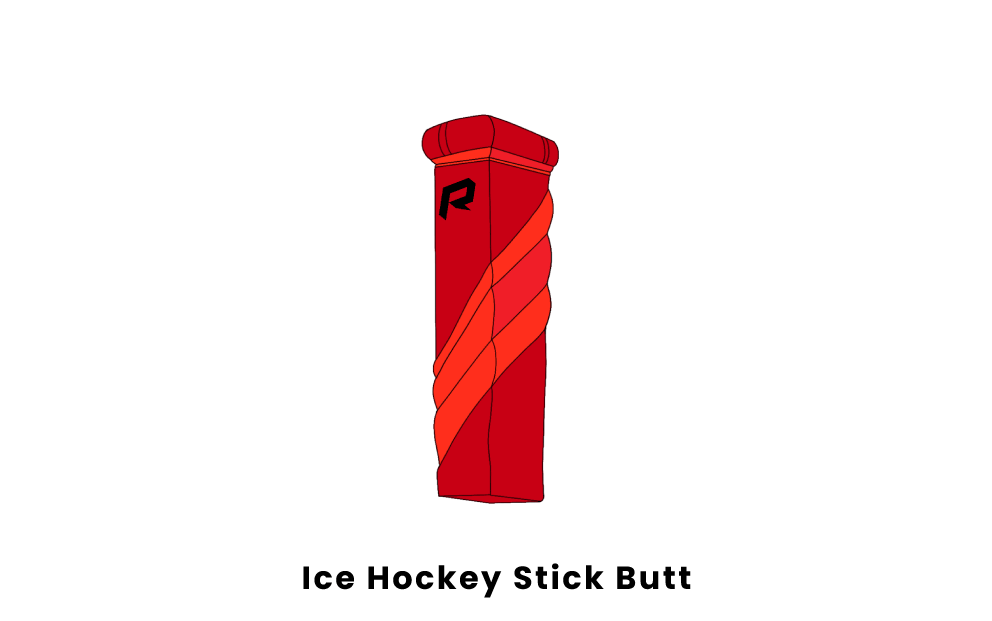 What are Hockey Stick Butts?

Generally, the hockey stick butt should be touching the bottom of the player's chin when the blade is resting on the ground, though it ultimately comes down to personal preference.

A few different accessories can be added to the stick butt to customize a player's hockey stick. Taping this portion of the stick gives players a much better grip on the handle of the stick which is certainly helpful for offensive players, but even more so for players on the defensive end of the puck. This is because defenders rely on control in this area of the stick for extended periods of time.

Stick grips offer the same benefits as tape, though they come as a single piece of material and are just slipped over the stick butt.

Stick extensions simply make the stick longer, making them especially useful for tall players whose sticks would normally be too short. Attaching a stick extension requires a player to glue it to the hockey stick butt.

"Butt-ending" refers to a player thrusting his/her hockey stick, butt-end first, in a stabbing motion at another player. This results in both a major penalty and a game misconduct penalty, even if the action is only attempted. Actual contact with another player is not necessary to assess these penalties. Additionally, a match penalty can be given out as such an action would be considered an attempt to injure another player.