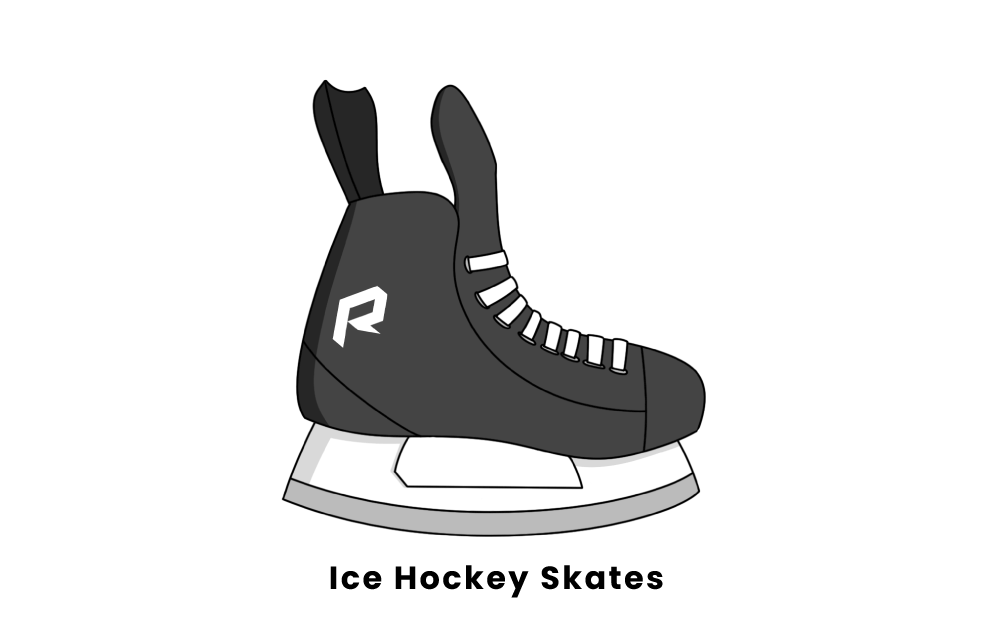 What are Hockey Skates?

Hockey skates are part of a hockey player's equipment. They are worn on the feet of the players, and used to skate around on the ice. Learning to skate is an important step that players must master before they begin playing hockey.

Hockey skates consist of the boot, much like a normal boot someone would wear, and the skate blade. If a skate blade cracks or falls off, it can be replaced without having to get all new skates.

Boots have a protective layer. This helps avoid injury from pucks that are shot at player's skates. Players may use their skates to block a shot, or even get slashed by a stick.

There are many different brands of skates, including Bauer, CCM, Reebok, and Warrior. Skates can be very expensive. At the senior level skates range in price from $100-$1000. At the junior and intermediate levels, skates cost anywhere in the range of $50-$600. There is a lot of variability in the pricing of skates, as certain skates are much nicer and newer than others.