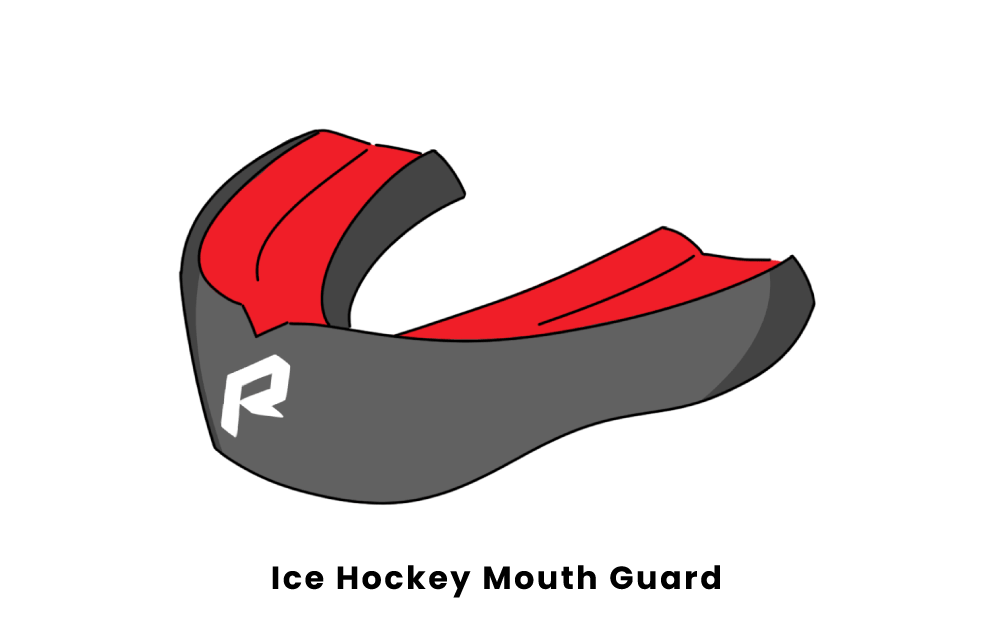 What are hockey mouth guards?

Hockey mouth guards are a part of a hockey player's equipment. Players wear mouth guards in their mouth, and the guard protects the player's teeth, tongue, and head.

Mouth guards assure that teeth do not grind together, and that the player does not bite their tongue. Mouth guards are a rare piece of equipment in that they protect players from accidentally hurting themselves.

On big checks and collisions, mouth guards can also reduce rates of concussions. Mouth guards do this by providing stabilization to a player's head, and also by helping absorb shock in the head. Concussions are serious injuries in hockey, and the NHL has made many policy changes in an effort to cut down the number of concussions.

Concussions are most important during illegal plays, such as boarding, hits to the head, and fights. These are the times where a player's head is most in danger.

There are many different types of mouth guards. Some mouth guards have straps which suspend them on the cage of the hockey helmet, whereas others do not have a strap and must remain in a players mouth.

The brands of mouth guards are different from the brands of most other hockey equipment. The most popular brands are Under Armor and Shock Doctor.