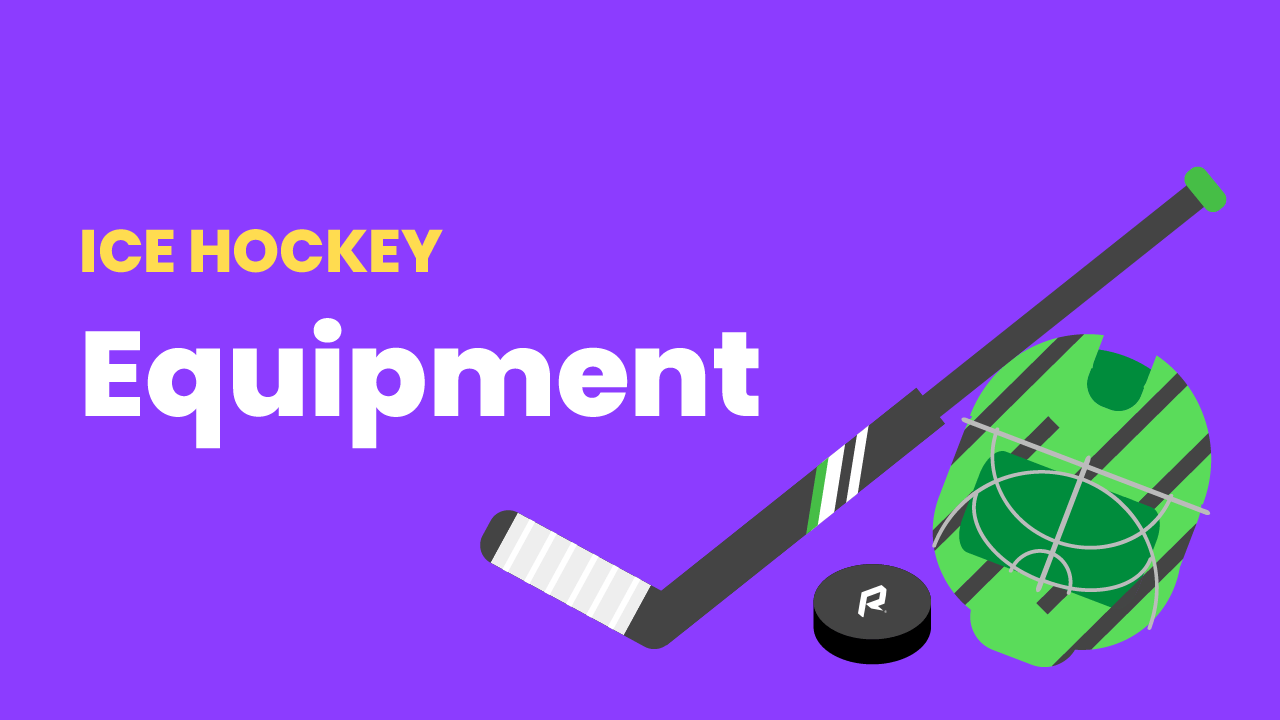 Ice hockey is a major professional sport. The most famous league is the NHL (National Hockey League), which is centered in the U.S.A. and Canada. Hockey is played on a sheet of ice between two teams, which each have six players on the ice. Of the six players, three of them are forwards, two are defensemen and one is the goalie. The goal of hockey is to score more goals than the other team does in the allotted time. A goal is scored by shooting a puck in a goal, which is defended by a goalie. Since the goalie has the job of stopping shots, he wears special equipment for protection.

What Equipment Do You Need To Play Hockey?

Hockey is a special sport because players come into contact with the puck often, and the puck will do a lot of damage if your equipment is not put on right. Also, though all players share the ice, goalies use completely different equipment in hockey from skaters.

Most Important Hockey Equipment To Buy

Skates, gloves, and a stick are the top three pieces of equipment to have. If you have these three things, you can play just about anywhere, like pickup hockey or pond hockey. However, if you're going to play hockey in an actual league, you will likely need to wear almost all the hockey equipment listed. As a skater, make sure you have skates, helmets, and a stick. If you're a goalie, you have to make sure you have goalie pads and goalie catch gloves.

Hockey equipment costs vary based on what you get. On the lower end, if you buy only used youth equipment, you could get all the equipment needed for around $100-$200. However, this is pretty rare. If you are buying senior-level equipment from a store, you will end up spending several thousands of dollars total on all the equipment, all at the cost of safety.

Rookie Road is built by people who grew up playing sports. We understand the hassles and fees of buying equipment. However, we also understand how great it is to play sports, and believe anybody should be able to have the chance to enjoy sports. Buy from people who love sports, not people who love making money off of you!