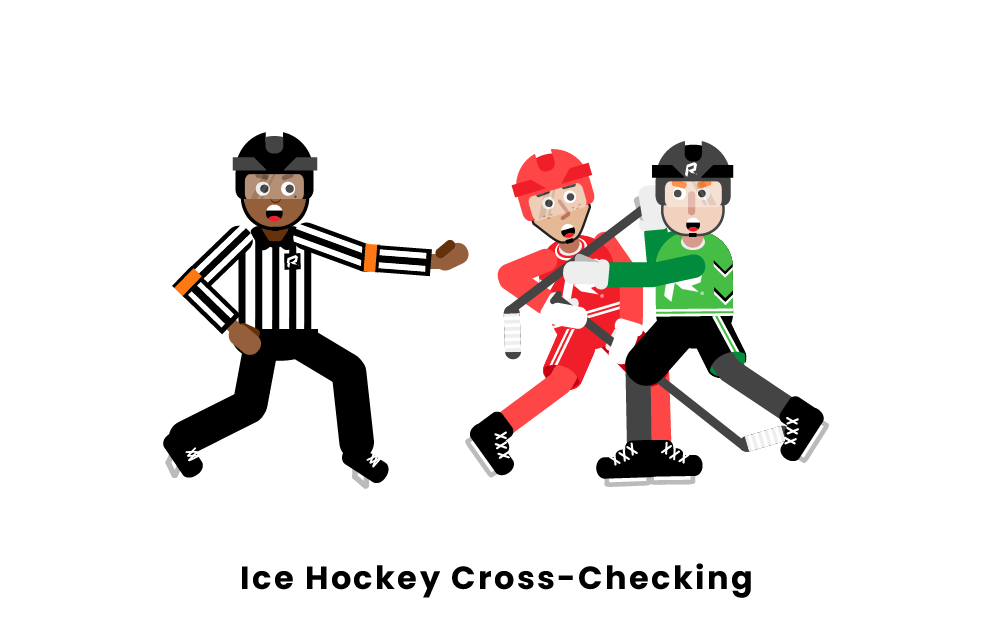 Hockey is a physical game by nature, and therefore a number of rules and corresponding penalties have been put in place to make the game safer and more fun to watch and play. Rule number 609 in USA Hockey’s rule book covers the potentially dangerous cross-check when the stick is used to hit an opponent forcefully.

A cross-checking penalty is defined as using the shaft of the stick between your hands to check an opponent forcefully. However, these penalties are often complicated judgment calls made by referees in the middle of the fast-paced action. Players are allowed to push or guide the opponent with the stick, and it is then up to the referee to determine if the degree of force and placement of the hit are worthy of a penalty. Violent hits, especially those placed around the head or neck of the opponent, are more likely to lead to injuries, and many hockey leagues are trying to limit those as much as possible.

The referees have the ability to administer three degrees of cross-checking penalties, depending on how dangerous and intentional the check appears to be. They can call a minor, major, or match penalty on the player guilty of the cross-check. The NHL league office has the ability to deliver fines and suspensions for particularly dangerous plays. Minor penalties are two minutes, majors are five minutes, and match penalties result in ejection, often coming with a fine or suspension. Cross-check penalties are commonly seen in three locations on ice: around the boards, in open ice, or in front of the net. These penalties are called when the guilty party has exceeded the boundaries of safe play and forcefully used the check to impede a player's progress.

USA Hockey and the NHL both offer referees the opportunity to enforce a minor, major, or match penalty for cross-checking. Minor penalties result in a two-minute stint in the penalty box, and major penalties result in a five-minute stay. The most severe infractions that involve a dangerous play result in a match penalty that removes the offending player from the game. At the NHL level, these penalties also often come with a fine or suspension, while at amateur levels, players will not be fined. 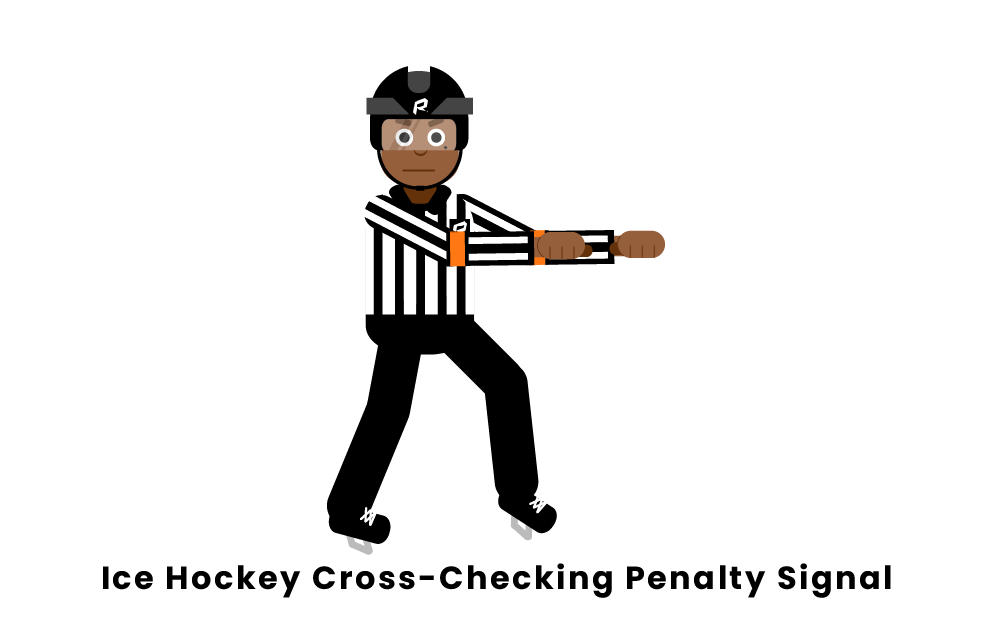 The signal made by the referee after they observe an illegal cross-check looks similar to the action itself. When cross-checking an opponent, a player takes their stick in both hands with their hands spread wide towards the ends of the stick. They then extend their arms powerfully to make contact with an opponent. The referee mimics this action by raising both arms in front of their body a bit wider than shoulder length, pushing their hands forward while announcing the penalty.

What is a cross-checking penalty in hockey?

A cross-checking penalty is when a player uses the shaft of their stick, in the area between their hands, to deliver a hit to an opponent. This can be dangerous, which is why a penalty is typically assessed and comes with various levels of punishment, depending on the severity of the hit. These penalties are judgment calls made by the referees who determine whether the infraction is worthy of a minor, major, or match penalty.

What is checking in hockey?

Checking is one of the most common forms of defending in hockey, involving a defender using their stick or body to defend against an attacking player. Checks are sometimes used to take the puck from an offensive player, and other times they are simply used to impede the progress of a player. There are a few types of checking, and unless they are taken too far, they are legal defensive plays.

What are the types of checks in hockey?

One of the most common forms of checking is body checking, which involves a defender using their body to hit an opponent against the boards or to the ice and is only legal if that opponent has the puck. Body checking can be broken down to hip-checking, when the hips are swung into an opponent to knock them off balance, and shoulder checking. Other types include stick checking, which is used to gain possession from the other team, and forechecking, which is the act of pressuring the defense in your offensive zone.