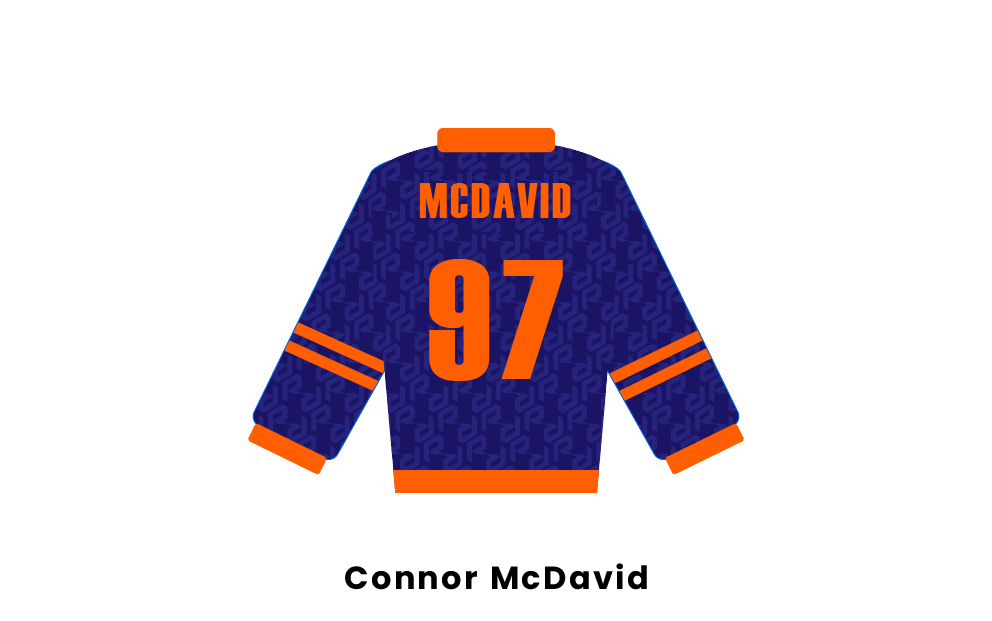 Connor McDavid is a professional hockey player for the Edmonton Oilers of the National Hockey League. McDavid was born in 1997 in Richmond Hill, Ontario. From a young age, McDavid excelled at hockey; his parents often signed him up to play with older competition so as not to bore their young superstar.

Connor McDavid’s parents are named Brian and Kelly, and both enjoyed hockey before Connor came around. Kelly McDavid played recreational hockey before eventually focusing her athletic efforts on skiing. Connor’s father, Brian, played high school hockey and was a serious fan of the Boston Bruins.

There have been many greats in NHL history, and Connor McDavid is one of them. Despite being less than halfway through his career, many are already projecting McDavid to finish as one of the best (if not the best) NHL players ever.

The majority of McDavid’s earnings come from his NHL contract. When he signed the deal on July 5, 2017, the contract set an NHL record for the highest annual average value (AAV). The contract pays McDavid $12.5 million per season, which at the time was $2 million more per season than the next biggest contract. McDavid no longer has the highest AAV, as Nathan Mackinnon recently inked a deal that pays him $12.6 million per year.

McDavid has had limited playoff success, considering how much he has dominated the league during the regular season. In his sophomore season, 2016-17, McDavid and the Oilers defeated the reigning Western Conference Champions in the first round: the San Jose Sharks. Unfortunately, McDavid’s Oilers were beaten in seven games by the Anaheim Ducks in the next round.

McDavid also received numerous awards from other hockey leagues before he entered the NHL:

Connor McDavid lives with his girlfriend, Lauren Kyle, in a house the two designed together in Edmonton. Lauren Kyle is an interior designer, so the two created their dream home together.

McDavid was born in 1997 in Richmond Hill, Ontario, to mother Kelly and father Brian. McDavid grew up as a Toronto Maple Leafs fan, which is ironic as he now plays for a competing Canadian NHL team.

McDavid first started skating on rollerblades in his basement at three years old. A year later, he started playing organized hockey with five-year-olds; his parents lied about his age to allow him to play with the older competition. At six years old, McDavid was forbidden from playing hockey with older players by the local youth hockey association. Afraid he’d be bored playing with kids his age, McDavid’s parents instead enrolled him in a hockey program in Aurora, Ontario.

Connor McDavid is not married, but he does have a girlfriend: Lauren Kyle. McDavid and Kyle live together in a house they designed. Lauren Kyle works in interior design, so it is fitting the two created their dream home together. Kyle was born in June of 1996 in Ontario. Kyle attended Toronto Metropolitan University and Ryerson’s School of Interior Design, where she earned her Bachelor’s Degree in Interior Architecture.

Is Connor McDavid the best hockey player in the world?

Almost any hockey expert would agree that Connor McDavid is currently the best hockey player in the world. McDavid has led the NHL in scoring in four of the seven NHL seasons he has played and has looked good while doing it. He plays the game faster than anybody else, with lethal speed and quick decision-making. His blend of quickness and vision has drawn comparisons to the great Wayne Gretzky, with some analysts describing McDavid as a “fast Gretzky.”

Has Connor McDavid ever won the Stanley Cup?

Despite being the best NHL player, McDavid has yet to advance to the Stanley Cup Finals. The closest he came was in 2022 when McDavid’s Oilers reached the Western Conference Finals. They were defeated in just four games by the Colorado Avalanche, who eventually won the Stanley Cup. McDavid has appeared in the playoffs just three times in seven seasons, despite dominating offensively throughout his career. Many blame the supporting cast in Edmonton because McDavid is clearly pulling his fair share of the weight.