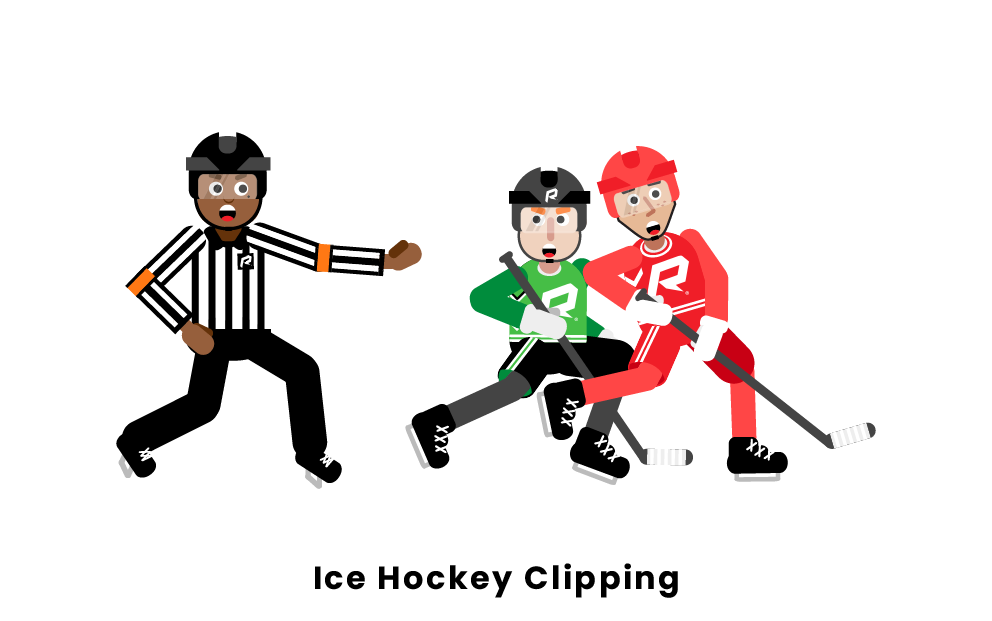 In hockey, clipping occurs whenever a player from one team uses their body to deliberately strike another player’s knees or lower extremities. Clipping most often occurs when a player lowers their body or dives in front of another player, forcing that player to skate into them and fall. According to the NHL Rulebook, clipping is an illegal “low hit” delivered by a player who may or may not have both skates on the ice, with the sole intent of checking their opponent in the knee area.

Most hockey leagues have degrees of penalties for clipping. In the NHL, clipping commonly earns a minor penalty of two minutes, but if an injury occurs as a result of the clipping, the penalty can be upgraded to a major penalty of five minutes plus a game misconduct penalty of ten minutes. Finally, a match penalty or ejection can be issued if the official determines that the offending player deliberately attempted to cause injury by clipping his opponent.

In USA Hockey, clipping is grounds for a minor penalty unless the referee concludes that the clip was an accidental result of the offending player hook-checking or poke-checking the puck in order to gain possession, in which case, there is no penalty for clipping. USA Hockey also allows for a major plus game misconduct penalty to be issued for clipping if the official concludes that the offending player recklessly endangered their opponent by clipping them. Match penalties and disqualifications can also be issued for clipping. 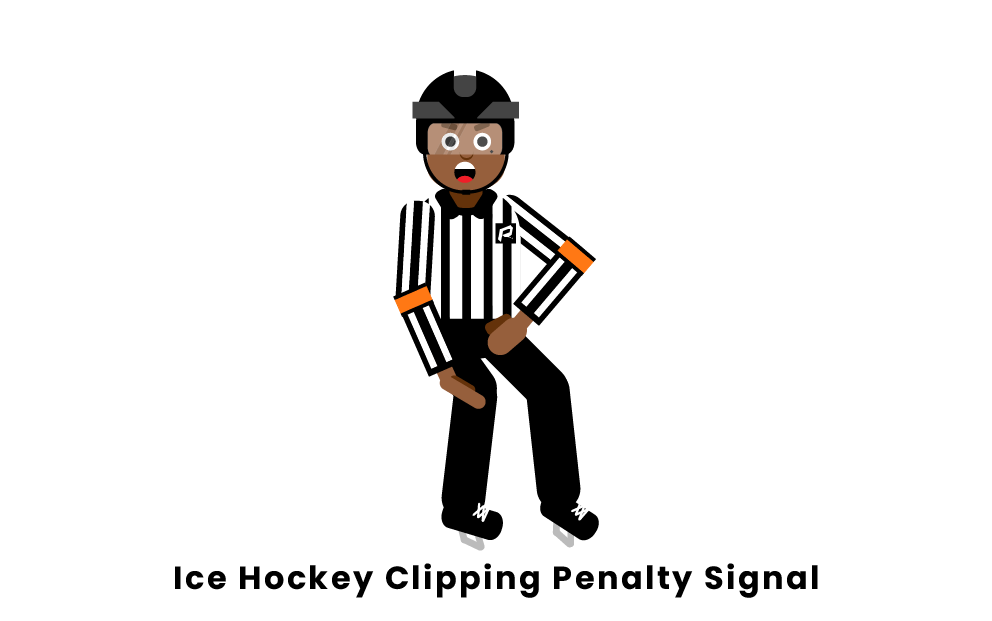 In most hockey leagues, the signal for clipping is the same. The signal involves the referee bending his knees while skating and striking his leg with either hand behind his knee, keeping both of his skates on the ice. In the NCAA, the right hand is specified as the hand to be used for the clipping signal. This signal is similar, and sometimes the same as, the signal for tripping, where the referee will strike the front of his leg in a similar posture.

What is a clipping penalty in hockey?

Clipping is a penalty in ice hockey that occurs when a player deliberately leaves their feet or lowers his body in order to impact another player below the knees. Clipping is a physical foul in hockey and is similar to tripping and leg checking. Players who are found guilty of clipping another player can receive various penalties, including suspensions or fines. However, in some cases, incidental or unintentional clipping does not incur a penalty if the referee decides that a player was attempting another non-illegal move.

What are the consequences of a clipping penalty in hockey?

Clipping can have various consequences in hockey. In the NHL, clipping incurs a minor penalty, but if injury occurs as a result of it, the penalty can be upgraded to a major penalty plus a game misconduct, or even a match penalty if the official determines that the offending player deliberately attempted to cause injury by clipping his opponent. In the NCAA, clipping is a minor or major penalty, with an additional game misconduct or disqualification at the discretion of the official. In NFHS and USA Hockey leagues, clipping can be punished with a minor, major, game misconduct, or match penalty, as well as disqualification.

What is the difference between clipping and tripping penalties in hockey?

There are subtle differences between clipping and tripping in hockey. Tripping is defined as the act of placing a stick, knee, foot, arm, hand, or elbow on a player in such a manner that it causes him to lose balance or fall. Clipping, meanwhile, consists of leaving one’s feet or lowering the body in order to make contact with the opponent at or below the knees. Therefore, clipping requires a different sort of body movement than tripping, which can occur when both players are still upright. In order to clip a player, the offender must lower his body and use it as a barrier to hit his opponent below the knees.