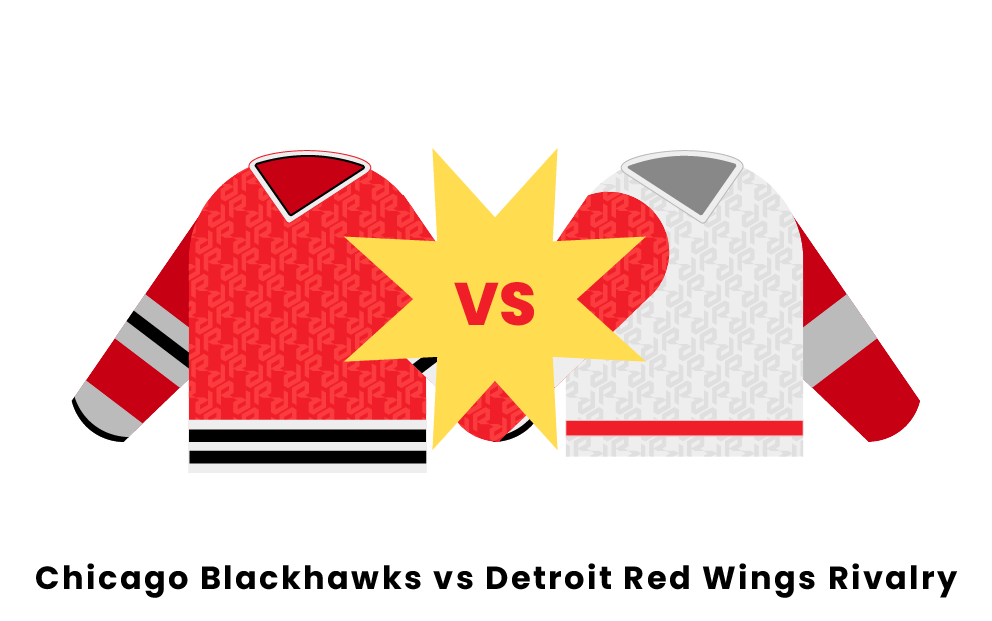 The Chicago Blackhawks and Detroit Red Wings rivalry is one of the most passionate and familiar in the NHL, with both teams battling it out since the Original Six era. In their time playing together, the Blackhawks and Red Wings have faced off in 16 Stanley Cups, each event more enthralling than the last.

The Detroit Red Wings and Chicago Blackhawks are two of the most familiar and bitter foes in the NHL. As two Original Six members, the teams have been through many decades and division changes together, but their rivalry has endured since their first-ever meeting in 1926. In their near-century of playing opposite each other, the Red Wings and Blackhawks have faced off in 16 Stanley Cups as of 2022 and have currently crossed paths more frequently than almost all other pairs of teams in the league.

The Blackhawks and Red Wings have had hot and cold spells in their rivalry due to division changes throughout the years, but their rivalry in the 1960s was especially enthralling. From 1963 to 1966, they would face off against each other in the Stanley Cup four times. It was a star-studded period for each team, with players like Bobby Hull and Stan Mikita playing for the Blackhawks, and Gordie Howe and Stu Grimson from the Red Wings scoring an extraordinary number of goals and often facing off in heated tussles.

The 1980s and early 1990s also saw another exciting era for both teams, with notable clashes between Stu Grimson and Bob Probert. Today, the rivalry has cooled somewhat due to the teams being in separate divisions under new drawings (Central Division for Chicago and Atlantic Division for Detroit). However, the traditional hostility has persisted amongst fans.

Red Wings (Cougars) at Blackhawks on November 24th, 1926: The Blackhawks played the Cougars (soon to be renamed the Red Wings) for its first-ever Stanley Cup win in November of 1926.

Blackhawks at Red Wings on April 16th, 1961: In one of the most memorable Stanley Cups ever, the Blackhawks sealed their title victory against the Red Wings with a 5-2 victory in the sixth game of the series.

Red Wings at Blackhawks on January 1st, 2009: The 2009 Winter Classic was a riveting matchup between the Red Wings and Blackhawks, with the Red Wings taking home a 6-4 victory. Jiri Hudler was a notable asset to the Red Wings’ triumph, scoring two points.

Stan Mikita, Blackhawks center from 1959-1980: Renowned Hawks center Stan Mikita is another all-time great. He scored an impressive 69 points against the Wings in his career, and his fight with Gordie Howe was one of the most memorable in hockey history.

Stu Grimson, Blackhawks left wing 1990-1993 and Red Wings 1994-1997: Stu Grimson played for both the Red Wings and Blackhawks over the course of his career. Nicknamed the Grim Reaper for his inclination to fight, he often traded blows with Blackhawks players.

Why are Chicago Blackhawks and Detroit Red Wings rivals?

As members of the Original Six, the Blackhawks and Red Wings are some of the game’s oldest and most familiar foes. They have played each other over 800 times since their rivalry began and have faced off in the Stanley Cup 16 times. As cities that are only a five-hour drive from each other, location has also helped spur the rivalry.

When did the rivalry between Chicago Blackhawks and Detroit Red Wings start?

The rivalry between the Blackhawks and Red Wings can be traced back to 1926 when the teams faced off in their first-ever Stanley Cup. As two of the Original Six NHL teams, tensions grew from the 1940s to the 1970s as the teams repeatedly crossed paths within their division. The teams faced off four times in the Stanley Cup throughout the 1960s in particular. When they were reunited into the same division in the 1980s, the Blackhawks and Red Wings began to clash once more. Today, the two teams play in separate divisions (Central Division of the Western Conference for Chicago and Atlantic Division within the Eastern Conference for Detroit). Still, whenever they face off, the old rivalry comes back in a hurry.

Why do Red Wings fans throw an octopus on the ice?

One of the most fascinating traditions of Detroit Red Wings fans is the Legend of the Octopus, in which some fans might throw a dead octopus onto the ice. The eight legs of the octopus represent the eight games needed to win the Stanley Cup in its old format. Two octopi are now thrown onto the ice since it is now required to win 16 games in the Stanley Cup Playoff’s current format to capture the Cup. The tradition dates back to 1952, when a fish market owner threw a dead octopus on the ice to celebrate the Red Wings’ first goal against Montreal in the third game of the Stanley Cup. The Wings would go on to win that series, and octopus throwing would later become a unique tradition of Detroit hockey.