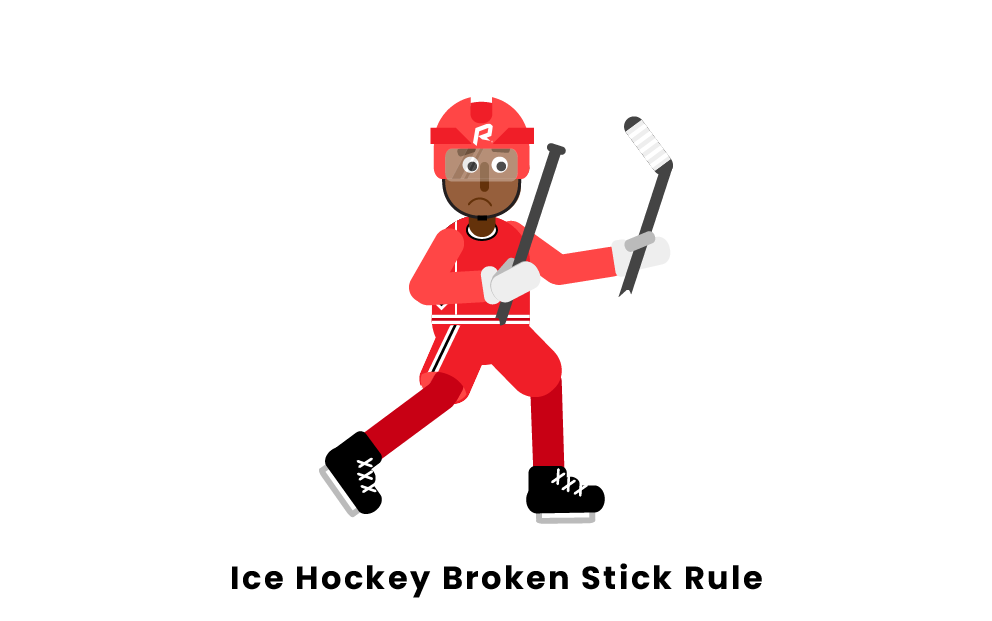 It is common for ice hockey players to have their stick break during play on the ice. A penalty is assessed if a player fails to drop their stick as soon as it breaks. This penalty is signaled with a delay of game from the referee.

The broken stick rule in ice hockey is called at the referees' discretion if they deem the stick to be unfit for use. It is categorized as a delay of game penalty in the NHL and is signaled by the referee waving their arm sideways. The broken stick rule allows a grace period for a player to realize their stick is broken, and a penalty can be avoided if the broken stick is immediately dropped to the ice. A player may get a new stick by retrieving a replacement one from their bench or fellow teammate on the ice. The replacement must be handed to the player and cannot be thrown in the air or any other way.

If the referee calls the penalty, the player it was called on is assessed a minor equipment violation and sent to the penalty box for two minutes. Rules definitions and penalty lengths can vary from league and competition level. The rule is meant to protect the players, and if the violator tries to continue to play with a broken stick, they must be assessed the penalty for the purpose of player safety.

Due to the random nature of when sticks break, the penalty can be called at any moment, from a face-off to a standard shot on goal. Goalies have a few exceptions to this rule. They are not allowed to retrieve a replacement themselves and must be given one by a teammate, but can use their broken stick for a short period. 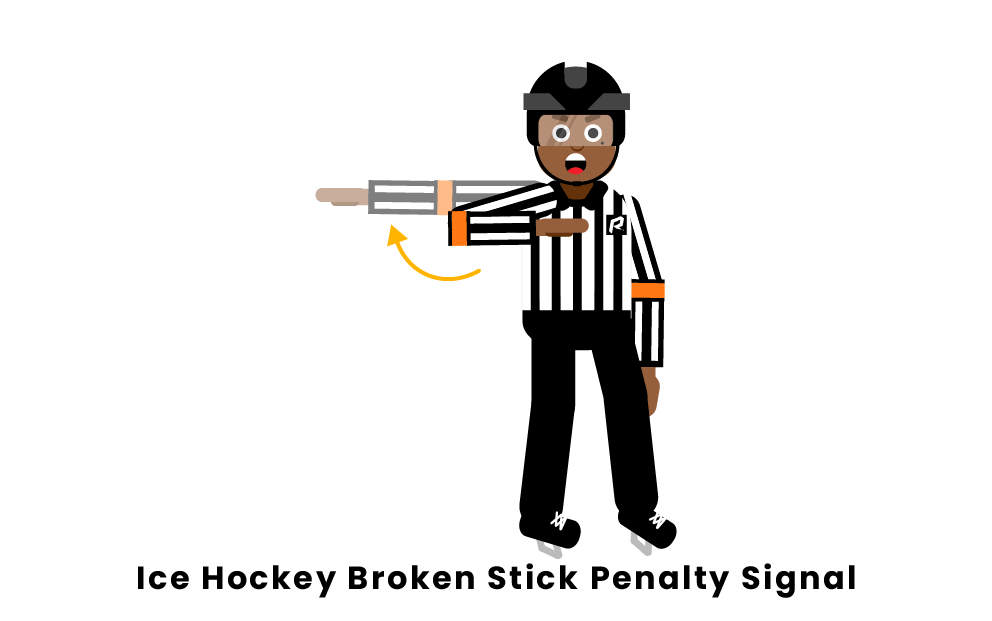 When the referee signals for a broken stick violation, they blow their whistle and halt the game's progress. The motion for the call then has the referee take their right arm, bring it to their chest, and extend that same arm horizontally. This is the same signal used for delay of game penalties.

What is the broken stick rule in hockey?

The broken stick rule is a type of minor penalty that can be given to a player at the referee's discretion. This rule comes into play when a fractured stick is not immediately dropped by the player and is continued to be used in play. It can also be given for not correctly retrieving a replacement stick. The minor penalty typically results in a two-minute stay in the penalty box for the offending player.

Why do sticks break in hockey?

Sticks in hockey can break for a multitude of reasons. In the 1990s, the composition of sticks was changed from wood to a composite alloy that is lighter but also more fragile. This, along with the force required for certain actions, such as slapshots and faceoffs, put immense pressure on the stick's frame. With pucks traveling around 100 MPH, attempting to block a shot with a stick can also cause it to break.

How often do sticks break in hockey?

Broken sticks are extremely common in hockey games, with an average NHL team having 2-3 broken sticks per game.  An average NHL player individually will go through about 60-125 sticks per year, and the costs for just one player can be as much as $23,000 per year. Many players will have a backup stick in order to get back on the ice and continue playing as quickly as possible.