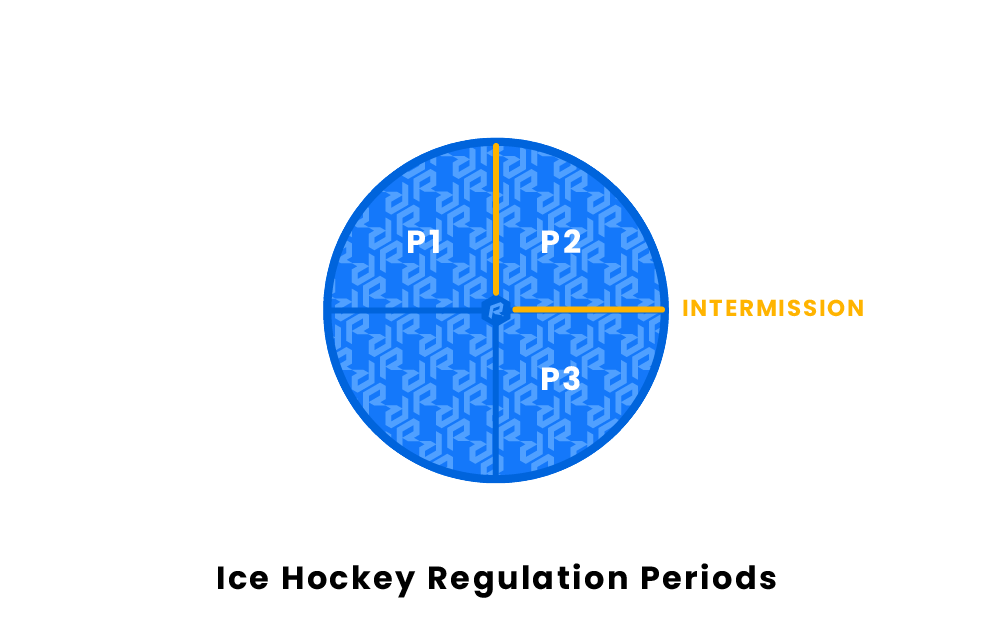 An intermission is a brief break of play between periods in hockey. There are between two and four intermissions in a hockey game, depending on whether a game goes into overtime or a shootout.

The first two intermissions last fifteen and a half minutes (seventeen for televised games) in the NHL, and time is recorded by the game timekeeper and presented to fans on the scoreboard.

During intermission, players leave the ice through doors in the boards and head to the locker rooms. Intermissions allow players to regroup and make adjustments to their game plan before the next period. During this time, the Zamboni will also come onto the ice to perform necessary maintenance.

The fourth intermission only takes place in games that require a shootout to decide the winner, which happens when the score is still tied at the end of overtime.

How many intermissions are there in a hockey game?

How long are intermissions in hockey?

Which team gets the puck after intermission?

A faceoff is used to put the puck back into play after intermission, which means both teams have an equal chance of getting possession of the puck. On a faceoff, the referee drops the puck at center ice on the faceoff spot to start the period.

What happens during hockey intermission?

During intermission, players and coaches go to the locker rooms to strategize for the next period. There is usually some concert or promotion to keep fans entertained during intermissions. This intermission period is also when the Zamboni comes out to do maintenance on the ice. You can also watch analysis and breakdown of the previous period by sports analysts on major television networks during intermissions.