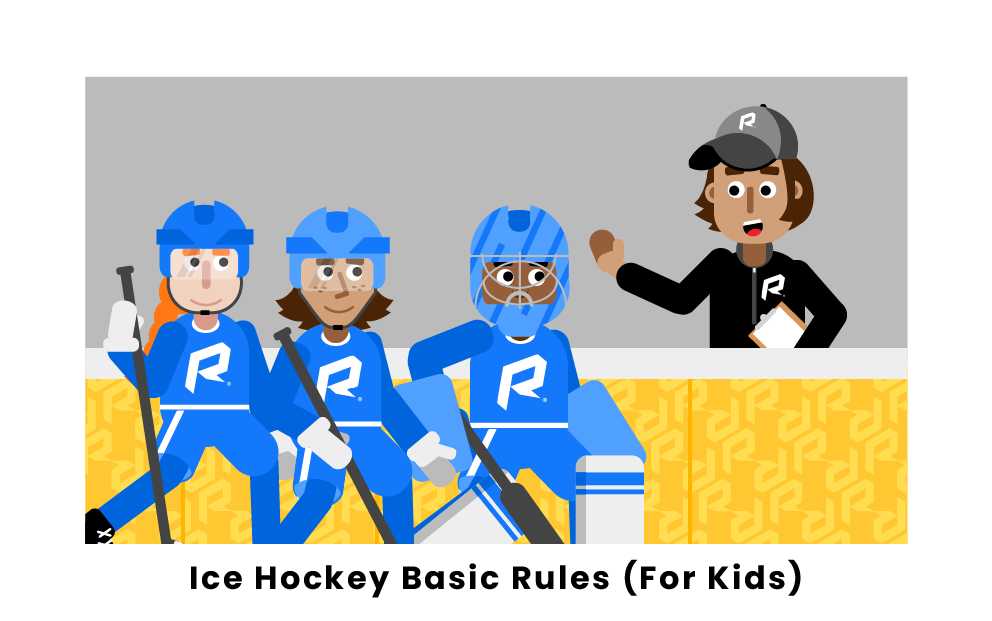 There are six players allowed on the ice per team. This includes five skaters and one goalie.

Hockey players are trying to shoot a puck into the other team’s net to score a goal. They move around the ice by skating.

The puck is a small object in the shape of a disc that players hit with their hockey sticks.

Teams earn a goal when the puck crosses the goal line just in front of the net and past the goalie!

At the end of the three periods, the team with the most goals wins!

The referee will stop play when a player breaks the rules. This is called a penalty.

Hockey players are not allowed to hit each other with their sticks. This is a penalty called slashing.