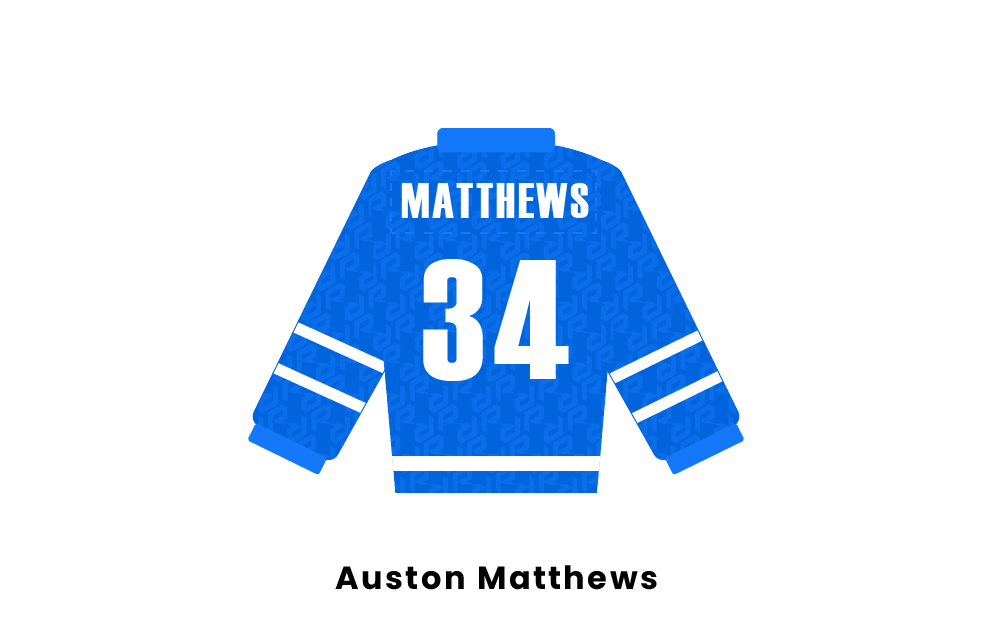 Auston Matthews is a professional hockey player for the Toronto Maple Leafs of the National Hockey League. Matthews was born in 1997 in California and grew up in Arizona. Matthews played baseball and hockey as a kid, ultimately deciding to focus on hockey.

Matthews is a bit unique since he comes from Arizona and has a Mexican mother. Most hockey players have North American or European roots and grew up in cold-weather environments. Thanks to his non-traditional hockey background, Matthews has been a great role model for the “Hockey is for Everyone” movement, which aims to increase the inclusivity of hockey.

As of 2022, Matthews’ net worth is $63 million. The bulk of that comes from his massive NHL contract, which pays him more than $11 million per year. Matthews also makes some money from endorsements and memorabilia.

Matthews will be a free agent in 2024 and could very well become the highest-paid player in NHL history when he signs a new deal.

Auston Matthews is currently in his seventh NHL season, each of which he has spent with the Toronto Maple Leafs. Matthews has voiced discontent over his lack of playoff success, as he has yet to win a single playoffs series in the NHL. His team, the Maple Leafs, hasn’t won a playoff series since 2004.

Matthews has torn up the NHL since the moment he touched the ice: in his first-ever NHL game, Matthews scored four goals in the first two periods! Matthews scored 40 goals in his rookie season and has never scored less than 34 goals in a season, which occurred in 2018-19 when he played just 62 games.

Matthews won the Ted Lindsay Award in 2022, which is awarded to the player deemed most outstanding by fellow NHL players.

Matthews won the Hart Memorial Trophy for most valuable player in 2022 as well. This trophy is voted on by members of the NHL Writers’ Association.

Matthews won the Calder Memorial Trophy, for rookie of the year, in 2017. In this season, Matthews scored 40 goals as a rookie, making him just the 15th player in NHL history to score 40 or more goals as a rookie.

Auston Matthews was born in San Ramon, California, to parents Brian and Ema. His father Brian played college baseball, and his uncle Wes Matthews played in the NFL. Matthews’s older sister Alexandria is a professional golfer: clearly there is athleticism in the Matthews genes!

Auston Matthews’s mother is Mexican, which is something few NHL players can say of their parents: the league is dominated by North American and European bloodlines.

Auston Matthews grew up in Arizona, often watching Shane Doan and the Phoenix Coyotes (who later became the Arizona Coyotes). As he got older, Matthews began to admire Anze Kopitar and Jonathan Toews: their responsible two-way play inspired Matthews to focus on defensive skills.

Auston Matthews and Connor McDavid are rivals on the ice: they are the two best players of their generation. Thus, they are always compared to one another and often compete to be the best. However, despite the rivalry between the two, Matthews and McDavid get along well off the ice. They have been known to train together during the off-season, and push each other to be better and better.

Auston Matthews’ contract expires in 2024, and he will become an unrestricted free agent. Many believe the star intends to leave the Maple Leafs in order to join another hockey club. The decision will not have to be made until 2024, giving Matthews and the Leafs some time to figure out what would be best. Matthews will be eligible to sign an extension starting on July 1st, 2023.