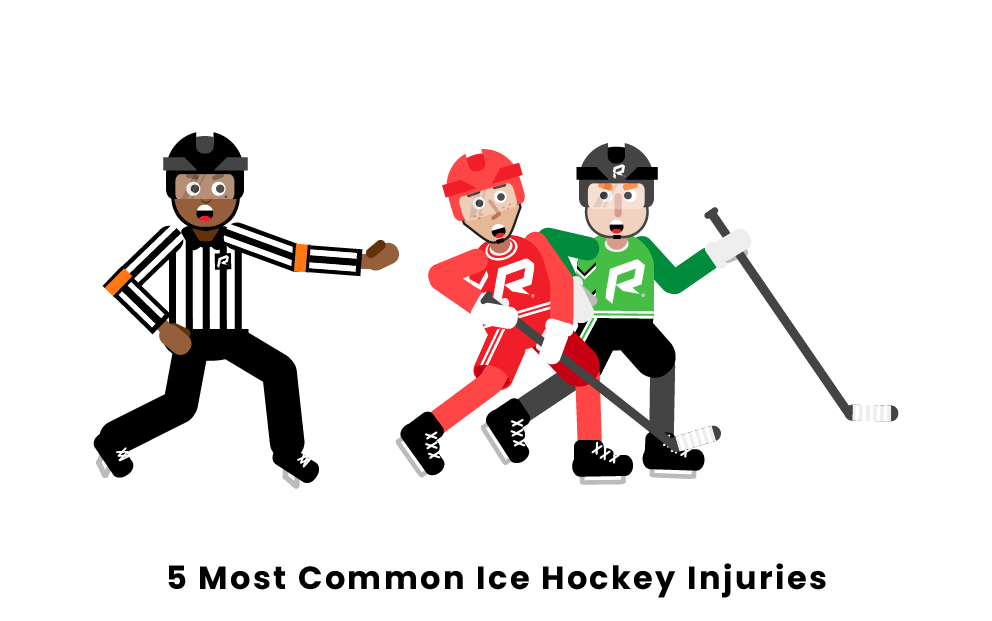 What are some of the most common ice hockey injuries?

Concussions are the number one most common ice hockey injuries among players. A concussion can happen when players hit the boards, other players, or the ice. Even though players are wearing helmets during ice hockey, the likelihood of getting a concussion is still very high. If after hitting their head, a player feels dizzy or has constant headaches, they might have a concussion. Concussions can be evaluated by a doctor and need recovery time before returning to play. Ice hockey has frequent collisions, which is why concussions are so common.

Acromioclavicular (AC) Joint injury is common amongst ice hockey players due to frequent collisions in play. The AC Joint is in your shoulder and can occur when checking into the boards or players, or hitting the ice. The AC joint connects your shoulder blade with your collarbone. Therefore, by injuring the AC joint a player separates their shoulder. Shoulder pads worn by ice hockey players are to try to avoid this kind of injury. Players need to be treated after injuring the AC Joint and the process depends on the condition.

The medial collateral ligament (MCL) is located in the inner part of the knee, and is common to strain or tear in ice hockey. If hit on the knee, the MCL can stretch and cause injury. Players can stretch and injure their MCL by hitting the ice in a hard fall. This is a common way for ice hockey players to get injured, especially in their knee depending on the fall. If it's just a light stretch, players can treat without a brace and return back to play in 2-3 weeks when recovered. This injury is especially common among goalies.

As with many other sports, ACL strains and tears are common in ice hockey. Hockey is a collision sport on ice, making it dangerous and easy to get injured. Tearing the ACL entirely requires serious medical attention and surgery. This can completely affect the players' personal life and hockey career, as full recovery takes 6 to 9 months. ACL injuries are some of the more serious injuries that an ice hockey player can get, but is not as common as the others.

Hockey BlockerWhat Is The Size Of A Hockey Net?Brent Burns Bio And Facts
Ice HockeyBobby Orr Bio And FactsWhat Is Slot In Hockey?
PreviousNext