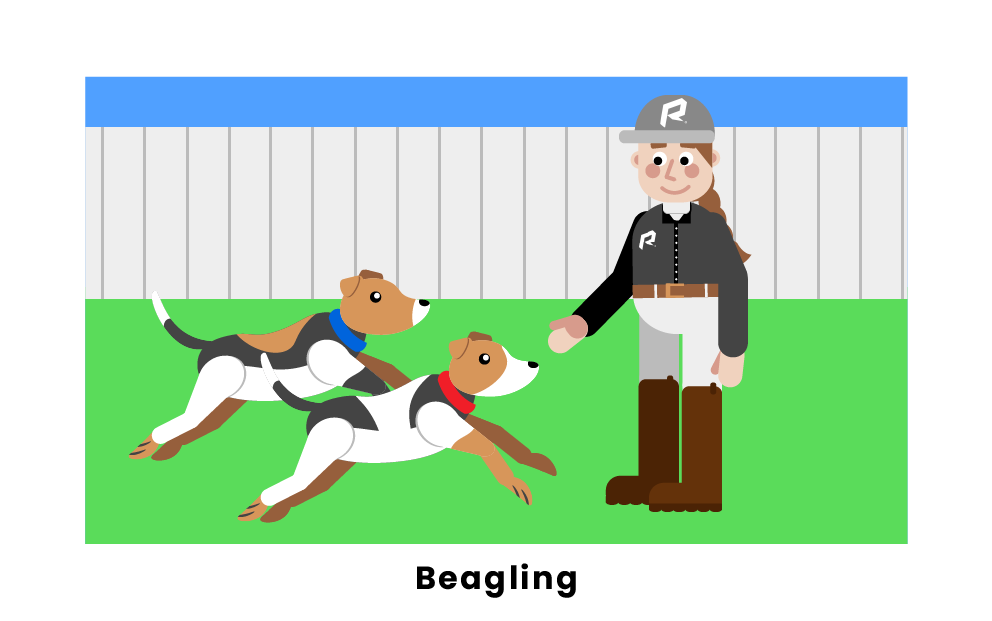 Beagling is the sport of hunting both hares and rabbits by using the sharp scent provided by a herd of beagles. While it was first practiced in 16th Century England, beagling rose to popularity around the mid-18th century. Originally, beagling was seen as a sport for the upper class that possessed an exciting element of risk to it. When actively beagling, one usually follows a pack of around ten beagles, who hunt closely together in hopes of catching a rabbit.

An activity that has been developing since the start of the fifteenth century, beagling was mostly practiced by fun for young men and elderly hunting enthusiasts. Beagling would normally be an all-day event, where the thrill of the chase combined with fresh air served as an attractive way to spend your time.

Although initially most popular in the UK and Ireland, states like Kentucky and Virginia within the United States also have a strong beagling community. Labeled occasionally as a ‘gentleman’s sport,’ beagling isn’t extremely popular worldwide, yet its aspects of socialization and enjoying nature appeal to many groups.

Beagling is an activity where a group of beagles use their exceptional sense of smell to hunt rabbits or hares in a pack, followed by their human trainers. The hunter is guided by these beagles and follows the dogs either on foot or, occasionally, on a horse. Originating back in Ancient Greece, the sport became extremely popular in Britain around the middle of the 18th century.

Where is beagling most popular?

Beagling is most popular in the UK and Ireland. In fact, it was so popular in these areas that Queen Elizabeth the 1st was an “enthusiastic follower.” However, with the Hunting Act in 2004, the freedom to hunt anywhere around Great Britain was stifled. Additionally, due to mass urbanization and construction, large spaces for beagling have been limited to primarily just southern England.

What equipment do you need for beagling?

The equipment needed for beagling includes a variety of different tools. For those going out into the field for the first time, much of the equipment you’ll need is used to make sure the beagle is comfortable and fit for hunting. Necessary items to bring along would include a dog kennel, food and water for the beagle, a leash or two (depending on the obedience and number of dogs), a GPS device, hunting vests, boots, and a shotgun of choice.

Pages Related to What is Beagling?