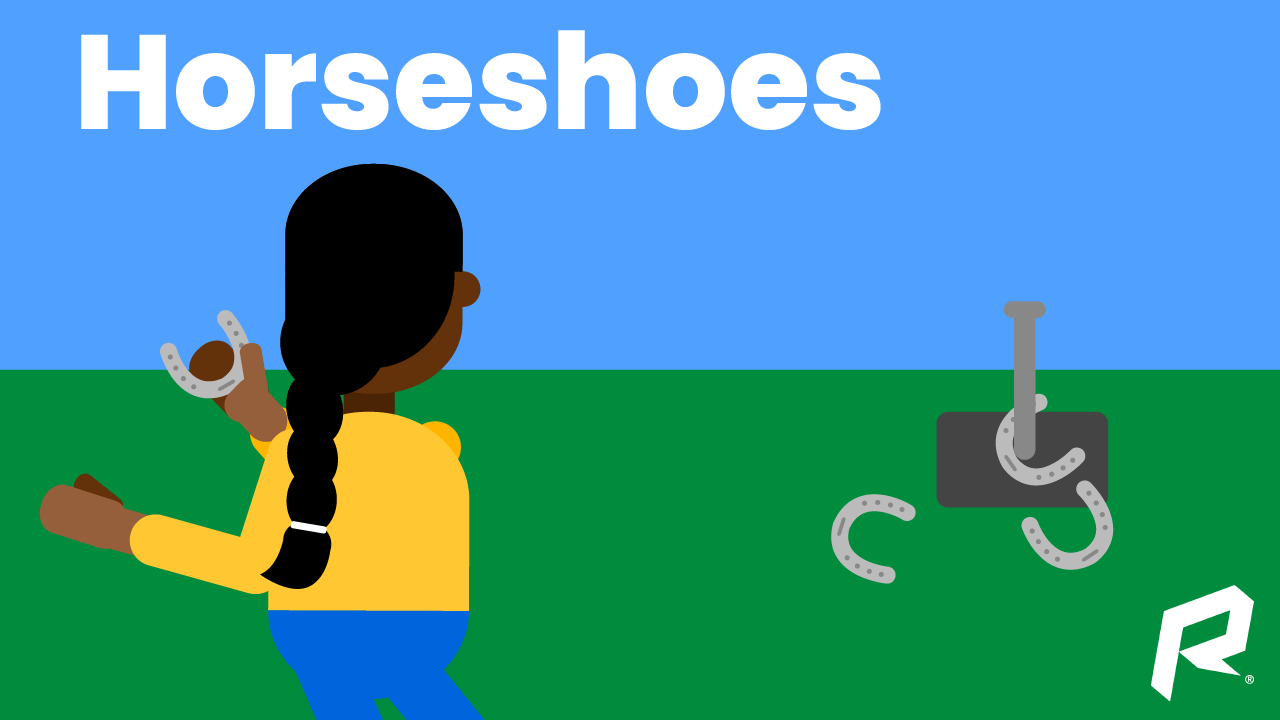 Around the second century BCE, Greek army camp followers are thought to have taken horseshoes that were no longer being used and began tossing them at a stake.

Horseshoes are pitched on a court that is composed of a few main elements which are encompassed within the pitcher's box. The pitching platform is where participants throw their horseshoes from and is located on either side of the pit. The pit contains the stake, a metal post that participants aim their horseshoes at. Each of these components exist as a pair, one on each side of the court, with the stakes being placed 40 feet apart from each other.

Depending on the division that an athlete is competing in, the distance from which he or she throws the horseshoe varies. The divisions, some of which are broken down into subsections, include the juniors, open men, open women, seniors, and elder men.

Two participants stand on the pitching platform with two horseshoes each and toss their shoes at the opposite stake in an underhanded manner. In the case of doubles, one participant from each team stands on the opposite end of the court from his or her teammate. After all four horseshoes are thrown, the inning is over.

The game may be scored in a few different ways. Oftentimes, a shoe that lands six inches or less from the stake is given one point while "ringers," horseshoes that have been wrapped around the stake, are awarded three points. The game is generally played to a set number of throws or a set number of points. In competitive play the point goal is usually 40 while recreational play might set the limit at 21.