What is the Triple Crown In Horse Racing? 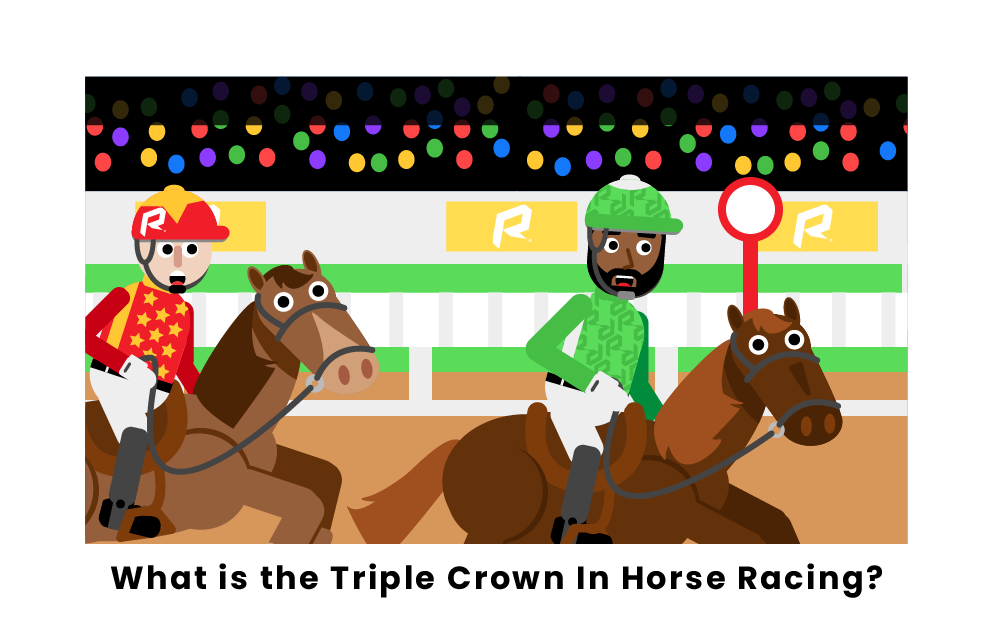 For decades, the Triple Crown has been one of the most elusive and sought-after titles in sports, but what is the Triple Crown, and why is it so difficult to capture? Fans of Thoroughbred horse racing will immediately know what the phrase “Triple Crown” refers to, but the concept may be unfamiliar for new fans of the sport. Here, we will look at the history of the Triple Crown, discuss the three races that are a part of it, and look at the short list of horses who have made history by winning the prestigious title.

History of the Triple Crown

The origins of the American Triple Crown can be traced to the post-Civil War era of the United States and to a man named Meriwether Lewis Clark, Jr., the grandson of famous American explorer William Clark, who was one half of the Lewis and Clark Expedition. Meriwether Lewis Clark, Jr. was a prominent horse enthusiast and had founded the Louisville Jockey Club of Louisville, Kentucky. He also built a horse track for his club, which he named Churchill Downs, in 1875. That same year, Clark held the first-ever Kentucky Derby at Churchill Downs. He immediately attempted to put together a Triple Crown of horse racing for America, inspired by the British Triple Crown, which is given out to horses who win the three legs of the competition in one season. Clark intended the Kentucky Derby to be the central race of this new Triple Crown, but his efforts were initially unsuccessful, as the various other horse racing institutions in America refused to let their races sit in the shadow of the Kentucky Derby.

The eventual acceptance and standardization of the American Triple Crown came some decades later and is owed to the writings of Charles Hatton, a journalist and columnist for the Daily Racing Form, a tabloid newspaper that focused on horse racing. During the 1930s, Hatton frequently began to use the phrase “triple crown” in reference to a trio of prominent horse races in the American season: the Kentucky Derby, the Preakness Stakes, and the Belmont Stakes. Due to Hatton’s popularity, the idea of the Triple Crown began to spread, and horse trainers began to treat it as a real event. By the 1940s, the term was being used regularly. In 1950, the Triple Crown was officially declared as a formal title, with the distinction being awarded retroactively to every horse that had won the three races in one year since they began. For the first few decades, America had seen one Triple Crown winner at least every two or three years, but this changed after 1948, after which there was a period of 25 years before the next Triple Crown winner, Secretariat, who won the title in 1973. Two more Triple Crown winners followed in 1977 and 1978, and then an even longer wait stretched onward until 2015, which was marked by the Triple Crown Victory of American Pharoah, the first winner in 37 years. Since American Pharoah's victory, only one other horse, Justify, has won the Triple Crown, bringing the total number of winners to thirteen.

Legs of the Triple Crown

The American Triple Crown consists of three races: the Kentucky Derby, the Preakness Stakes, and the Belmont Stakes. The Kentucky Derby is the first and most famous of the three and is traditionally held every year at Churchill Downs in Louisville, usually on the first Saturday in May. The Derby is a 10-furlong race, which equates to one and one-quarter of a mile.

Two weeks later, on the third Saturday of May, the Preakness Stakes occurs, forming the second leg of the Triple Crown. The Preakness Stakes is held at the Pimlico Race Course in Baltimore, Maryland, and is a 9.5-furlong race, coming in slightly shorter than the Kentucky Derby at one and three-sixteenths of a mile.

The final leg of the Triple Crown, the Belmont Stakes, is traditionally held three weeks after the Preakness Stakes, either on the first or second Saturday of June. It is the longest of the Triple Crown races, coming in at 12 furlongs or one-and-a-half miles, and is hosted at Belmont Park in Elmont, New York.

Winners of the Triple Crown

The Triple Crown is one of the most exciting and elusive titles in all of sports, and each year thousands of devoted fans of horse racing watch eagerly to see if the feat will be repeated. Though horse racing has declined in popularity in recent decades, the long-standing trio of races that comprise the Triple Crown still make headlines every year, and it seems that the title will still be contested many years into the future, drawing old and new fans alike.

Pages Related to What is the Triple Crown In Horse Racing?