What Is The Belmont Stakes? 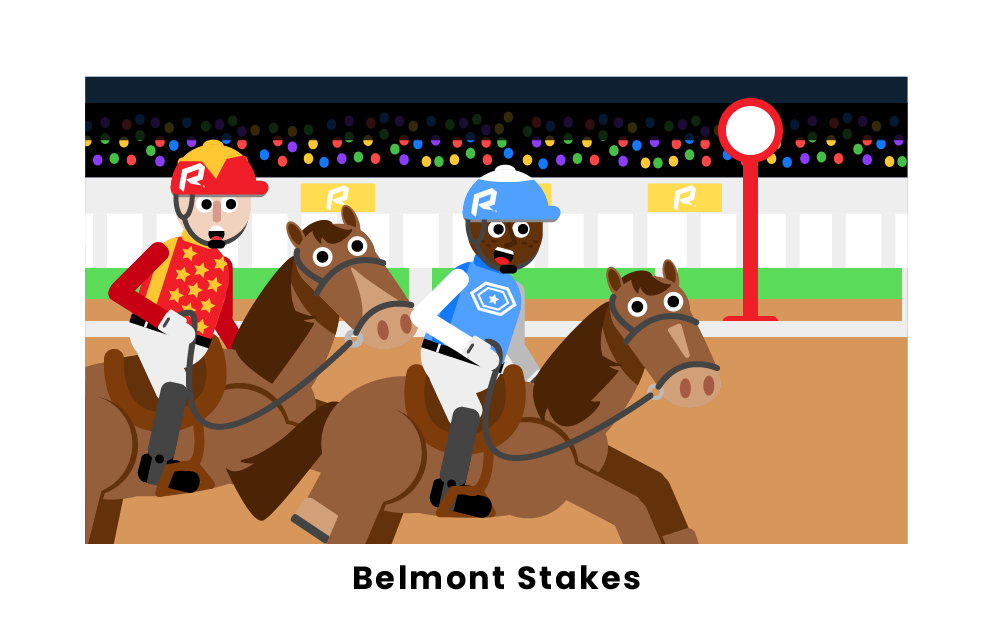 The Belmont Stakes is the grand finale of American horse racing. It is the final leg of the “Triple Crown,” which includes the sport's three biggest races: the Kentucky Derby, Preakness Stakes, and Belmont Stakes. It is held annually on the first or second Saturday of June, three weeks after the Preakness Stakes. The one-and-a-half-mile race has a rich history and has laid the ground for some of the most iconic moments in racing.

The Belmont Stakes is the oldest of the Triple Crown races. The first race was held in 1867 at Jerome Park in Westchester County, N.Y. The race is named for August Belmont, a New York financier and the former President of the American Jockey Club. The race took place at Jerome Park until 1889, then moved to Morris Park for 14 years (1890-1904). The race then was moved to Belmont Park, where it remains to this day, excluding construction in the 1960s.

The Triple Crown is the highest achievement in racing, which happens when a horse wins the Kentucky Derby, Preakness Stakes, and Belmont Stakes in the same year. Only 13 horses have claimed the title in 147 years.

As the final leg of the Triple Crown, Belmont Stakes has been the crowning arena for the Triple Crown winners. Although the term “Triple Crown” didn’t come until 1950, the first winner of all three races dates back to 1919. Justify (2018) and American Pharoh (2015) were the most recent Triple Crown champions.

The inaugural winner of the Belmont Stakes, Ruthless, was trained by A.J. Minor and one of only three fillies (female horses under the age of four) to claim victory at Belmont. Tanya (1905) and Rags to Riches (2007) are the only other fillies to win the Belmont Stakes. While Ruthless’ win made history, her reign was short-lived, as General Duke beat her time (3:02) the following year.

The 69th running of the Belmont Stakes saw War Admiral claim the triple crown, beating his father's (Man o’ War) record by a fraction of a second. This all came after War Admiral stumbled out of the gates and ran the race on a bloody foot.

One of the most memorable Belmont moments came when Secretariat dominated the field to claim the Triple Crown in 1973. Secretariat won Belmont by 31 lengths, setting a world record (2:24). Secretariat’s victory was the first Triple Crown since Citation in 1948.

Horse racing has a long history of gambling and odds making, which leads to favorites and underdogs every year. Some of the biggest moments in the sport came when longshots toppled heavy favorites. In 2008, Da’Tara won Belmont with 39-1 odds and foiled the Triple Crown run of Big Brown, who won Preakness and the Kentucky Derby the same year. Palice Malice claimed victory at Belmont with 15-1 odds in 2013, outracing that year's Preakness champion (Oxbow) and Kentucky Derby champion (Orb).

Pages Related to What Is The Belmont Stakes?