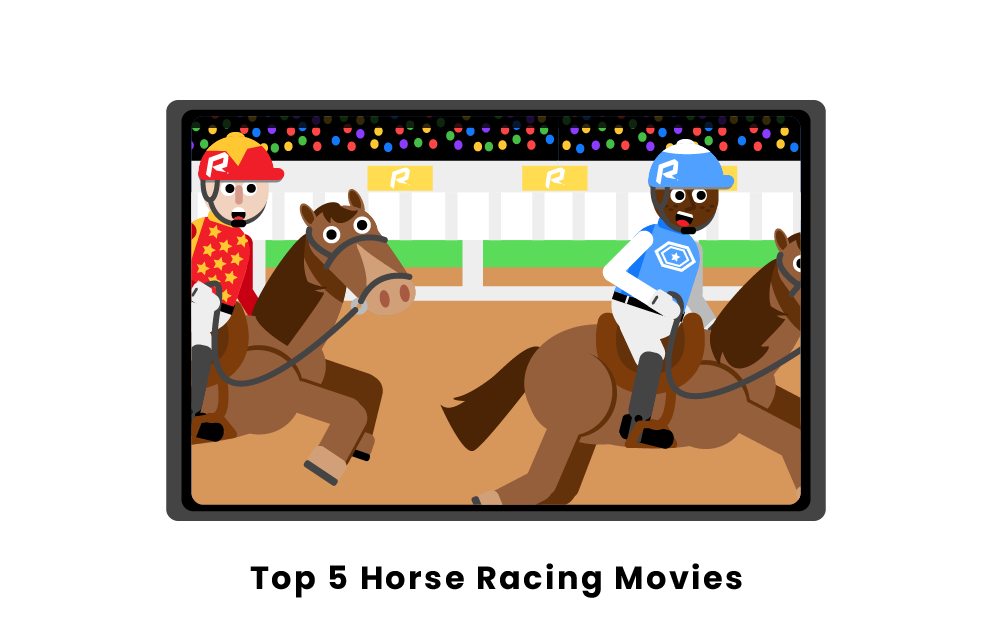 What are the most popular Horse Racing movies?

Secretariat earns this position as number one in the Top 5 Horse Racing movies because of its extraordinary true story and how well this movie was advertised. The movie title bears the name of the extraordinary Triple Crown winner in 1973, Secretariat. Secretariat, a thoroughbred racehorse, ran the final race at the Belmont Stakes leading a 31 length from the closest competitor. Not only did Secretariat break a record for the fastest time at the Belmont Stakes, but he also broke records at the Kentucky Derby and the Preakness; those records have yet to be beaten. The reason why Secretariat’s records are near impossible to beat is that Secretariat galloped faster and faster as the race continued, where most other race horses start out fast and slowly tire out. When Secretariat was crowned the Triple Crown winner, he was the first horse in 25 years to accomplish such a feat.

The movie itself also deserves recognition because of its well-funded production and advertising in 2010 from The Walt Disney Company.

Phar Lap is the name of Australia’s most famous racehorse, racing in the early twentieth century and his fame continuing in the twenty-first century. His popularity rose across the continent not only because he was winning so many races, but also because horse racing was the first sport to be covered by live radio. This allowed Australians, from the uber-wealthy to the poor, to listen in and follow the races during the Great Depression. Phar Lap, after having been victorious in over 35 races in such a short span of time in Australia, traveled to Mexico to compete in the Agua Caliente Handicap and won by two lengths. After that, Phar Lap mysteriously died, with many believing that he was poisoned by arsenic because of his triumphs.

This movie accurately depicts Phar Lap’s life as a racehorse, from the beginnings to his fame to his untimely death.

Seabiscuit earns this position on this list due to its notoriety and fame. The movie, titled Seabiscuit after the name of the horse, is another racehorse that rose to prominence during the Great Depression for his victories and inspired all. Seabiscuit the racehorse struggled very early on in his racing career, dropping the first 17 starts. Seabiscuit picked up his pace after his trainer changed to Tom Smith, who saw greatness in Seabiscuit. In the 1930s, Seabiscuit was victorious in the Detroit Governor’s Handicap and the Scarsdale Handicap in New York. The pinnacle of Seabiscuit’s success was when he was named the Horse of the Year in 1938, emphasizing all of his wins despite his meager beginnings, a true rags-to-riches story.

This movie was produced by DreamWorks Company and distributed by Universal Pictures, earning $148.7 million from the box office back in 2003.

National Velvet is awarded this position on the list of top 5 horse racing movies because of its acclaim and popularity throughout the decades. National Velvet was released in 1944, starring a young Elizabeth Taylor, and was about a fictional wild horse who is training for England’s Grand National Sweepstakes. Unlike the other movies on this list, the movie title National Velvet is not named after the victorious racehorse, but of the young girl named Velvet (Elizabeth Taylor) who disguises herself as a jockey. The idea that a female could successfully do a man’s job, such as a jockey, defied norms and empowered women.

This movie received great acclaim, winning two Oscars for Best Actress in a Supporting Role and Best Film Editing in 1946, with three additional nominations. National Velvet was produced by MGM Home Entertainment in technicolor and distributed by Warner Bros.

Let It Ride is very different from the rest of the movies on the list but deserves a spot nonetheless. This comedy is centered around an aloof cab driver named by Jay Trotter, played by Richard Dreyfuss, who is tipped off to bet on a race horse and wins big. The comedy grows as it becomes apparent to the audience, and to Jay, that he is not losing any bets placed that day. Jay makes increasingly risky bets and tests his luck throughout the day, winning his last bet in the show. Let It Ride was based off of the novel Good Vibes, written by Jay Cronley.

This comedic racehorse movie was produced by Paramount Pictures in 1989, earning $4.9 million dollars from the box office. Although this movie revolves more around Dreyfuss’s luck rather than the horse race itself, many horse racing fans appreciate the laughter that comes along with the movie.