Is Man O' War Better Than Secretariat In Horse Racing? 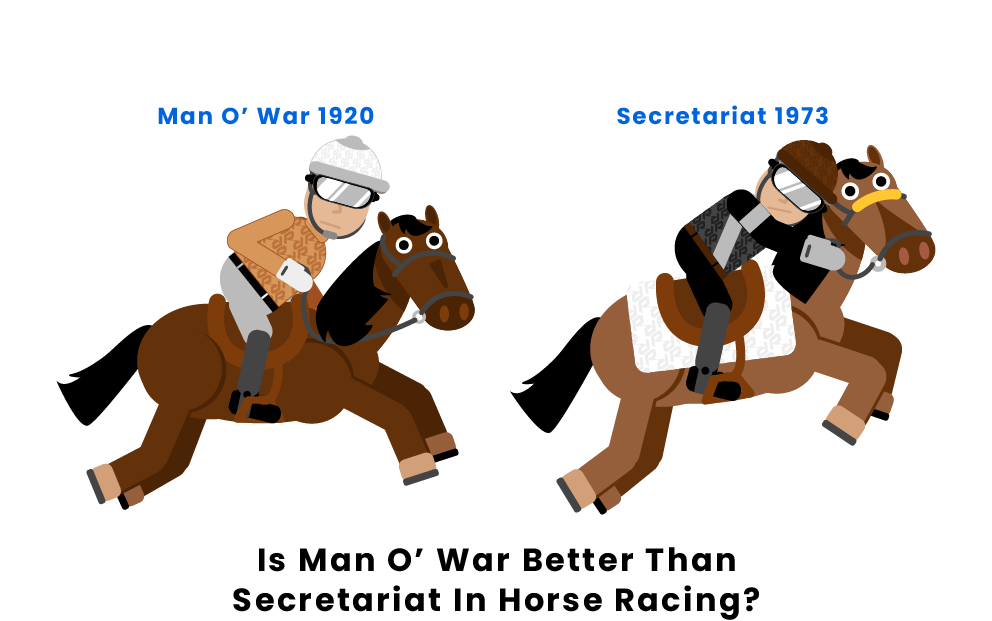 Man O’War and Secretariat are two of the best to ever compete in horse racing. The immense talent of both horses sparked a never-ending debate over which of the two is superior. While the two horses competed at different times, they can be compared based on several factors, including their career records and accolades, their speeds, the races that each won, and the conditions in which they raced.

Which Horse Was Faster?

Although the two horses never raced against one another, their speed can be compared based on their strides. Faster horses typically have longer stride lengths and frequencies, allowing them to cover more ground in a shorter amount of time. Man O’War is believed to have the longest stride length out of any horse in history at 28 feet, while Secretariat had a top stride length of only 25.5 feet.

Another aspect to take into account when comparing the two horses is racing conditions. Man O’War tended to race on inferior racing surfaces than Secretariat due to the older time period in which the horse competed. Man O’War was also notorious for carrying heavier weights than most other horses and faced a more difficult racing schedule than Secretariat. Yet, Man O’War was able to win all but one of its races in his two-year career.

The Triple Crown is one of the most prestigious horse racing achievements that is accomplished by a horse that wins all three classic races in the same year: the Preakness Stakes, the Belmont Stakes, and the Kentucky Derby. Secretariat achieved the Triple Crown honor by winning all three major races in record times. Man O’War won both the Belmont and Preakness Stakes but never competed in the Kentucky Derby. The horse’s owner had no desire to race in the Derby, which was not the Crown jewel at the time, so it never had the chance to complete the Triple Crown.

While it was impossible to see the two horses race against one another, Man O’War can be considered the better racer because of its impressive career record, ability to win in poorer racing conditions, and implied faster speed due to its lengthy stride.

Pages Related to Is Man O' War Better Than Secretariat In Horse Racing?